MENOMONEE FALLS -- Police in Menomonee Falls on Tuesday night, May 19 asked for help identifying three people who were among four involved in a February theft from Woodman's on Highway 145.

Police said the four people worked together -- pushing two carts filled with $886.30 worth of merchandise out of the store without paying.

When confronted by Woodman's employees, police said they fled on foot -- abandoning the stolen merchandise. One was arrested.

The man and two women being sought by police were described as follows:

Anyone with information was asked to please contact police or Waukesha County Crime Stoppers by calling 1-888-441-5505, through the website at www.stopcrimewaukesha.com, or through the new P3 phone app that can be downloaded through either the App Store or Google Play. 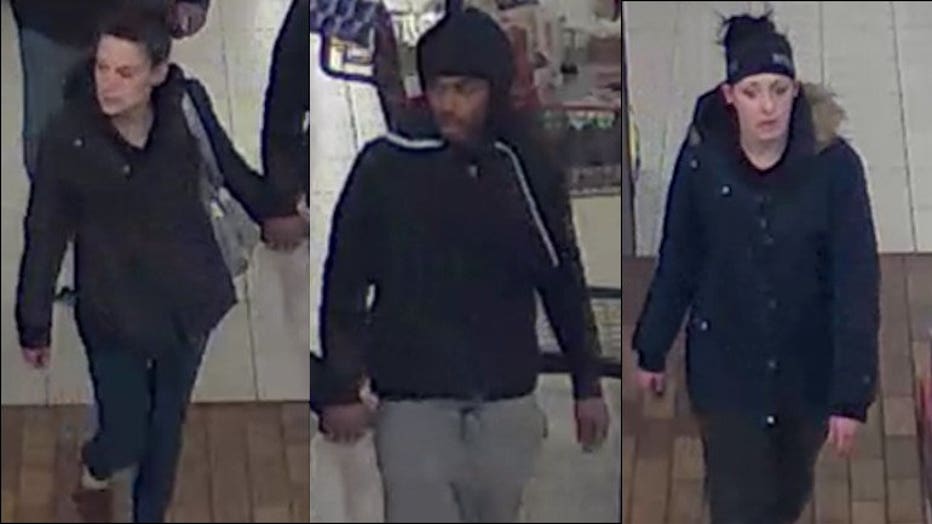