Do you know them?

Do you know them?

The suspects, two men, entered the Sunlite Mini Mart on Center Street around 2:30 p.m. on Sunday, May 27. They entered the stored, pointed a gun at the clerk, and stole money and other items from the store.

Officials say they fled the scene in a waiting vehicle. 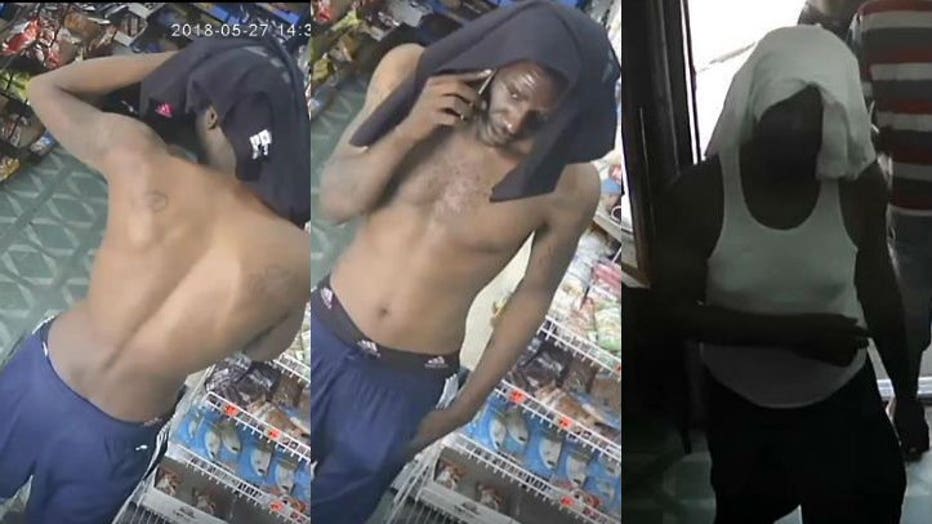 The first suspect is described as male, black, standing 6'1" tall, 170 pounds. He was last seen wearing blue shorts and a black t-shirt on his head.  He also had a flame tattoo on his left forearm.

The second suspect is described as male, black, standing 5'9" tall, 165 pounds. He was last seen wearing black jogging pants, a white tank top, and a white t-shirt on his head.