BROOKFIELD -- Brookfield police are looking for two suspects in connection with a theft from Pick 'n Save.

It happened Wednesday, April 11 at the grocery store on Capitol Dr. near Calhoun around 6:40 p.m.

Police say the two male suspects went to the liquor department. The first suspect grabbed four bottles of whiskey -- totaling $158.96 -- and placed them in a shopping cart. The second suspect then came to the cart and put the whiskey bottles in his waistband and into a black bag before leaving the store. The first suspect left the store shortly thereafter. 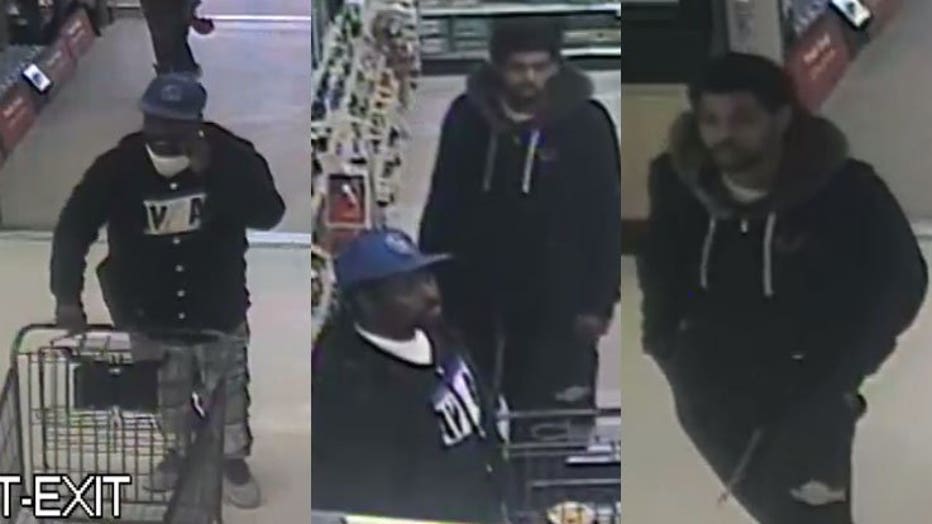 According to police, the first suspect is described as a black man, between the ages of 30 and 40, standing around 5'10" tall, weighing 200 pounds. He was wearing a blue baseball hat and black jacket with writing on the back, along with acid wash jeans.

The second suspect is described as a black man, between the ages of 25 and 35, standing 6'1" tall, weighing 200 pounds. He has a short Afro, and facial hair. He was wearing a gray hoodie under a black jacket and black baggy pants with writing on the left pant leg.

Anyone with information on either of the suspects is asked to contact Brookfield police.