WEST BEND, Wis. - West Bend police are looking for the public's help to identify a man they say robbed the Horicon Bank on W. Paradise Drive on Tuesday morning, Aug. 11.

Officials said in a Facebook post that the suspect entered the bank around 8:45 a.m. and demanded money. They say he implied he had a firearm -- and then fled the bank on a bicycle. 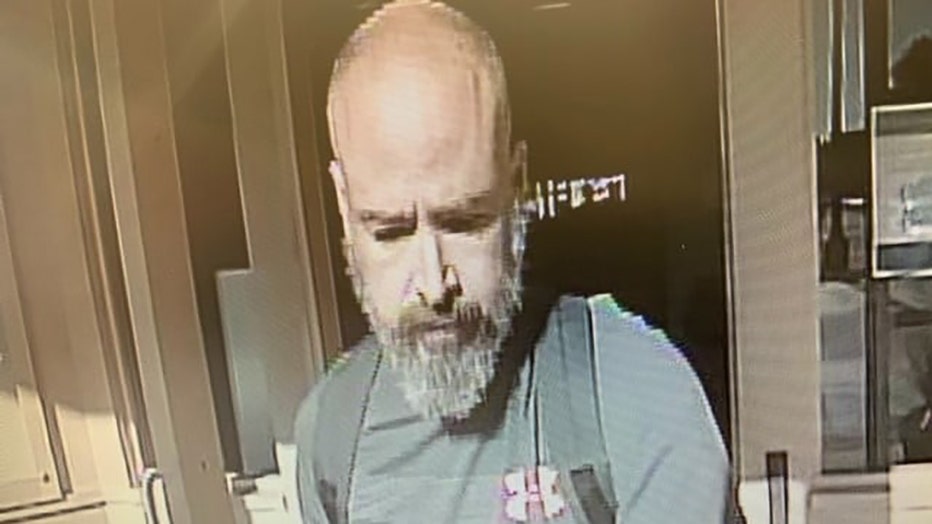 The picture associated with this post was captured by bank surveillance as the suspect was leaving the bank.

Police say if you encounter the man, you should not attempt to apprehend him. Instead, call 911 and report your observations.