MENOMONEE FALLS — The Menomonee Falls Police Department has asked the public for help in identifying a man involved in an attempted armed robbery that took place on Monday, July 20.

Police said the man entered the Subway on Appleton Avenue shortly before 7 p.m. and attempted to commit an armed robbery. Officials said he presented a firearm and demanded money from the cashier. He fled the store without obtaining money or property. 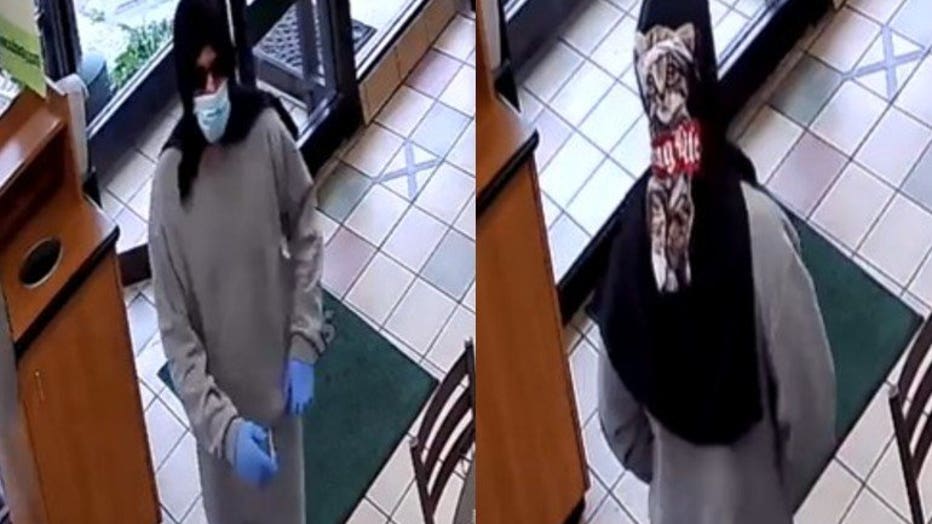 He was not wearing shoes at the time of the offense and concealed his identity by wearing sunglasses, a surgical mask, latex gloves and a T-shirt over his head.