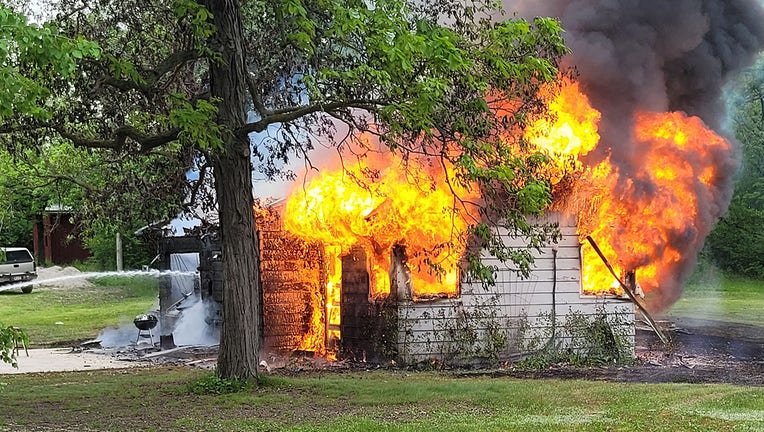 RAYMOND, Wis. - One dog and two cats died in a town of Raymond fire Thursday afternoon, May 26.

The Racine County Sheriff's Office was called to the scene on County Highway G near U.S. Highway 45 shortly after 2:30 p.m. A farmhouse was fully engulfed in flames.

Multiple fire departments responded to extinguish the fire. And while no residents were inside at the time, the pets were unable to be saved.

The cause of the fire is not yet known but remains under investigation. The home is considered to be a complete loss, the sheriff's office said.