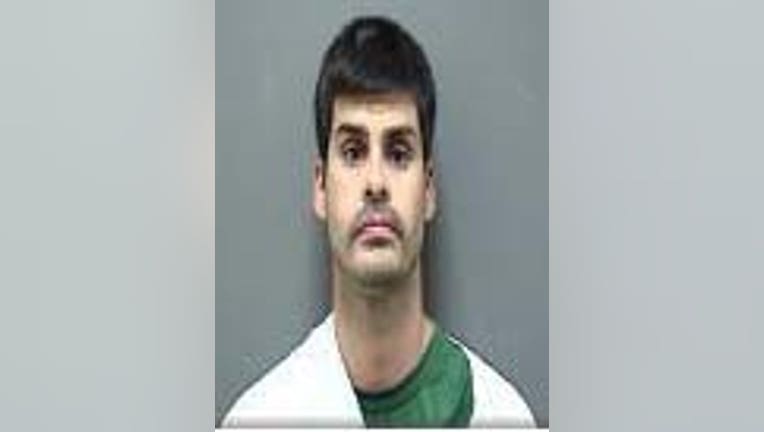 RACINE (WITI) -- 39-year-old Timothy Gutierrez of Racine has been charged in connection with a fire that started at a home in Racine on Friday, April 26th. Investigators then discovered an ecstasy lab inside the home.

Additionally, Gutierrez has a criminal history dating back to 1996.

A criminal complaint says fire officials responded to a fire just after 5:00 p.m. on Friday, April 26th at 421 Parkview Drive -- and began working a fire in the upstairs unit of the residence.

While working the fire, the criminal complaint states officials discovered buckets, beakers and other items that led them to believe there was some type of working lab for manufacturing controlled substances.

Therefore, the Wisconsin Division of Criminal Investigations responded to the scene.

The complaint indicates officials discovered a black duffel bag inside the residence containing vacuum sealed bags weighing about 500 grams each -- containing marijuana. Investigators believe based on the quantity, it was being held for resale.

They say there was a full-scale drug lab that covered the entire second floor of the residence. They said it ran from the back wall to the front wall, and there was evidence a fire had occurred recently in one of the rooms, according to the complaint.

Officials believed there was a high probability of a catastrophic event, based on items located in the residence -- according to the complaint.

An arson investigator determined the cause of the fire was likely spilled chemicals.

The criminal complaint indicates Gutierrez was identified by his uncle. He has been released on bond.