RACINE COUNTY -- A 50-year-old  Racine man was taken into custody Wednesday night, May 20 for his fifth OWI offense following a crash in the Village of Raymond.

According to the Racine County Sheriff's Office, they received a 911 call around 10:55 p.m. about a vehicle that crashed into a yard near 7 Mile Road and Nicholson Road. The caller advised that they heard a crash and saw headlights out in their front yard -- and then stated that someone was knocking on their door. 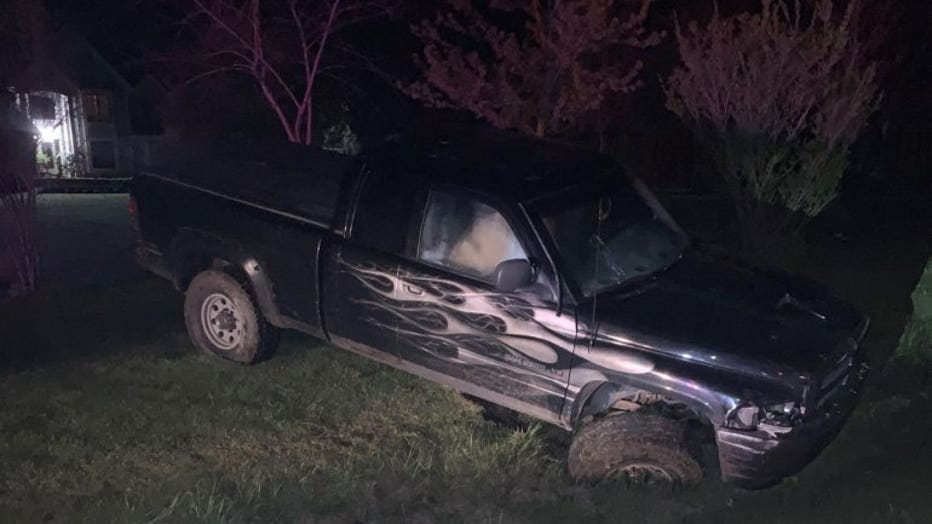 Racine man arrested for OWI, 5th offense after crashing in front yard in Village of Raymond

Further Investigation revealed that the driver's vehicle left the roadway and went into the ditch line, traveled approximately 577 feet, struck a culvert and went airborne and then striking numerous landscaping bushes before coming to rest in the front yard, causing a lot of damage to the property.

The driver said he was not injured and while speaking with deputies showed signs of impairment.  He failed Field Sobriety Testing and was taking into custody for Felony Operating While Impaired 5th Offense.

The driver was transported to the Racine county Jail where he is being held with a $5,000.00 bond.  He was also issued traffic citations for Operating Left of Center and Unsafe Lane Deviation.