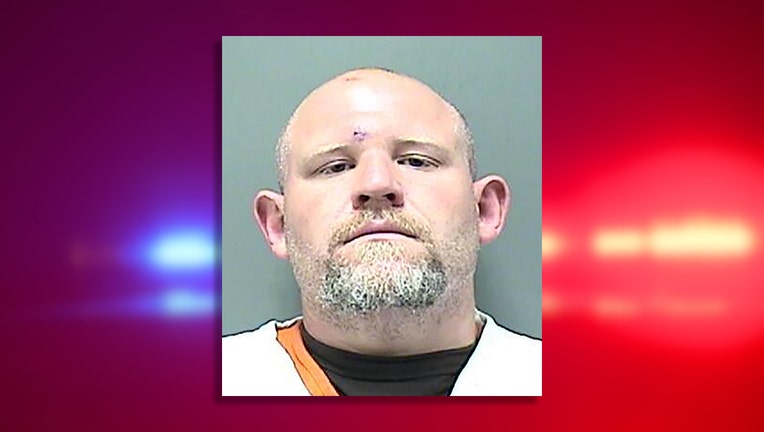 RACINE COUNTY, Wis. - Twelve criminal charges filed against a 38-year-old Kansasville man have been dismissed. Among the charges Ryan Carter faced was attempted first-degree intentional homicide. The charges were related to a June 9 incident.

In court on Thursday, June 15, a hearing was held in Carter's case. Online records indicate the state was "unable to prosecute…due to lack of contact with the alleged victim." At that point, the defense requested an immediate dismissal in the case. The judge dismissed the case without prejudice.

Prosecutors originally said Carter tried to hang a woman using an electric cord noose in the Town of Dover.

Racine County sheriff's deputies were dispatched to a residence near Durand and Beaumont for a welfare check around 10:30 a.m. the date of the alleged incident.

Upon arrival, deputies located a woman and a man. The man, later identified as Carter, was "agitated" and yelling at the deputies, according to a criminal complaint.

The woman told authorities that within the past day, Carter had done cocaine and drank roughly half of a bottle of vodka before he became "very angry" and started punching things.

The complaint state Carter forced the woman to the ground and, when she refused, forced her to drink vodka by pouring it into her mouth, later punching her in the shoulder and chest.

Carter then said "we are going to go," which the woman took as meaning he was going to kill her. The complaint states there were electrical cords formed into nooses hanging from the basement ceiling, and when the woman tried to run, Carter grabbed her to get on a box, forced her head into one of the nooses and then kicked the box out from under her.

The complaint states the victim believes she hung for about 30 seconds before she was able to free herself, run upstairs and call 911.