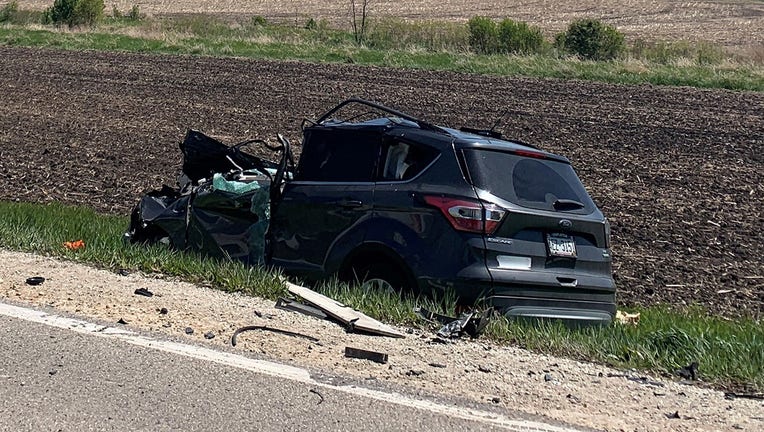 Scene of crash in the Village of Yorkville (Courtesy: Racine County Sheriff's Office)

YORKVILLE, Wis. - A 20-year-old man was seriously injured in a two-vehicle Village of Yorkville crash Wednesday afternoon, May 12.

According to the Racine County Sheriff's Office, deputies were called to the scene near Spring Street and County Highway C shortly after 1 p.m.

Deputies' initial impression was that a delivery truck slowed down to turn when an SUV collided with the truck's rear.

The driver of the SUV – a 20-year-old man – was found in the ditch line. Deputies provided initial medical care, but he was transported to the hospital by Flight for Life.

The driver of the delivery truck was able to make their own arrangements to leave the scene of the crash.

Officials concluded their investigation and open the roadway to normal traffic at approximately 5 p.m.

A fatal house fire on Spring Drive in Burlington resulted in one fatality, a first responder on the scene told FOX6 News.