The Racine County Sheriff's Office responded to a double-fatal crash on State Highway 11 in Yorkville on Tuesday, June 14.

The crash involved two semi-trucks, one which became fully engulfed in flames. The drivers of both semi-trucks are dead, the sheriff's office said.

A semi-truck pulling a flatbed trailer was headed west on State Highway 11 when it crossed the centerline and crashed head-on into an eastbound semi-truck hauling a dry bulk tanker, officials said. It happened around 10:30 a.m. 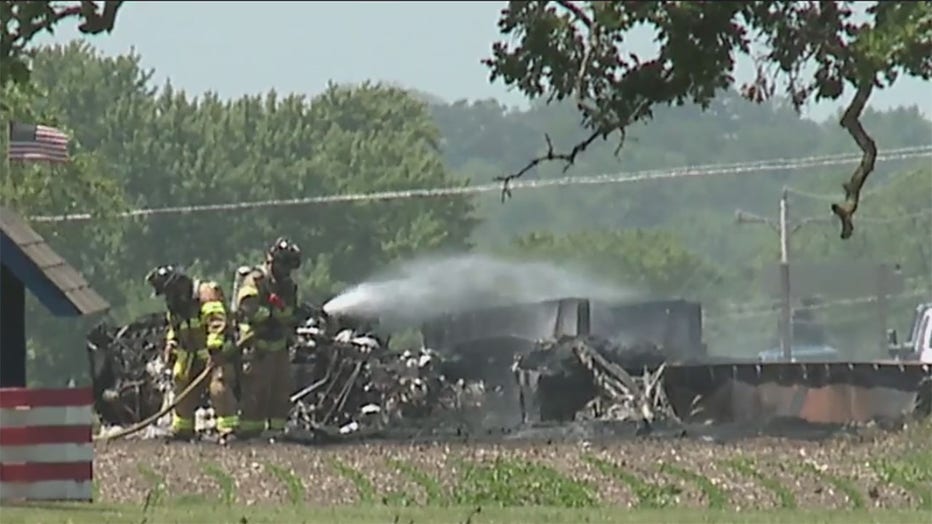 "It’s awful. Yeah. It shook us up, that’s for sure," said area resident Patti Hopkins. "My granddaughter and I were on the front porch, she was in her swimming pool and I heard a loud explosion."

Hopkins feared her neighbor and his farm were involved; she had just seen him cutting hay. It wasn't until later that she realized the fire on her neighbor's property was from the semi-truck.

"I was so shook up," she said. "All of a sudden all the smoke was billowing, explosions."

The tires from the trucks started popping "one after the other," said Hopkins – estimating there were at least eight or nine explosions.

State Highway 11 from I-94 to U.S. Highway 45 – a stretch of more than five miles – will be shut down for an extended period of time, officials said. Motorists are asked to avoid the area.