MILWAUKEE -- The spring primary election in Wisconsin is Tuesday, April 5th, and one of the hotly-contested races in the Milwaukee area is the race for county executive. 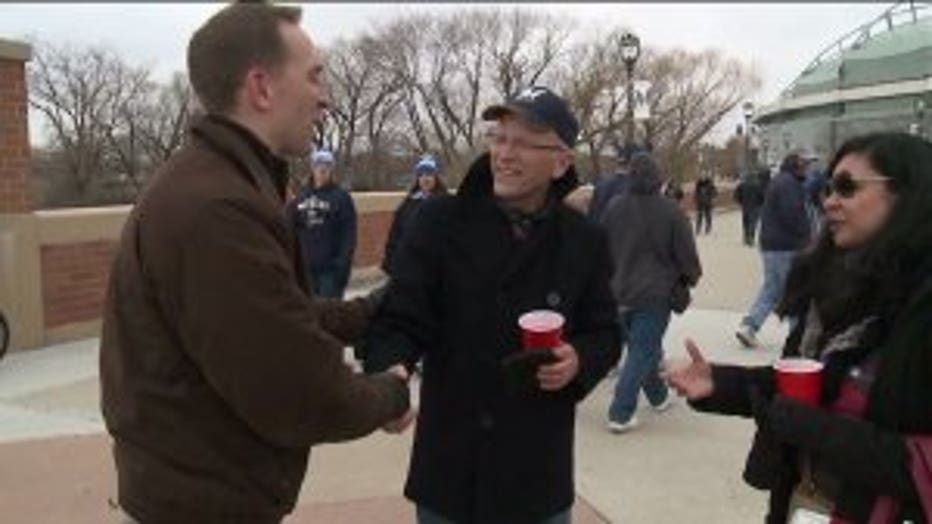 On Monday, April 4th, the eve of the election, incumbent Chris Abele and challenger Chris Larson were at Miller Park -- a place many others gathered Monday, as it was Opening Day for the Milwaukee Brewers.

Abele and Larson were at the ballpark for last-minute campaigning with the Opening Day crowd.

Larson stood on a bridge, greeting fans headed towards the ballpark. 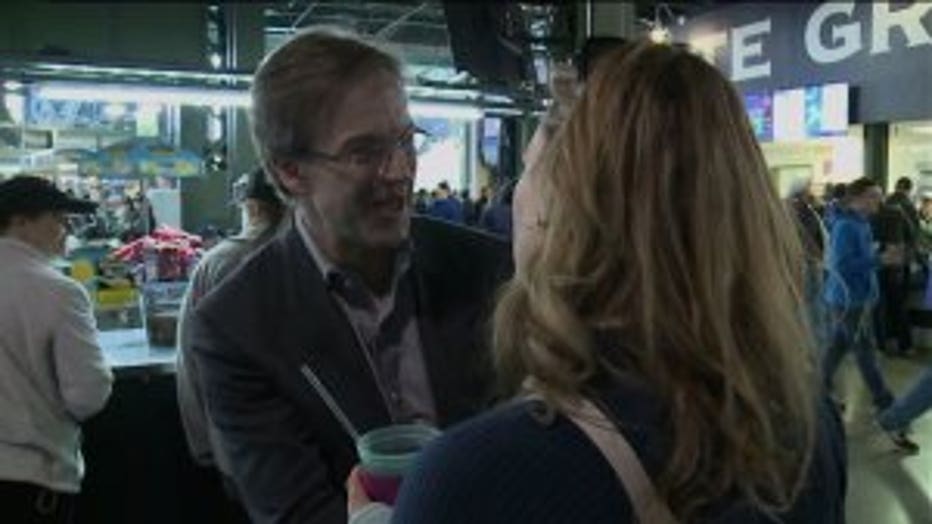 "We got one more day before the election. We're going to go out where people are and we're in Milwaukee, so everyone's here on Opening Day," Larson said.

FOX6 News caught up with Abele as he was headed into Miller Park. 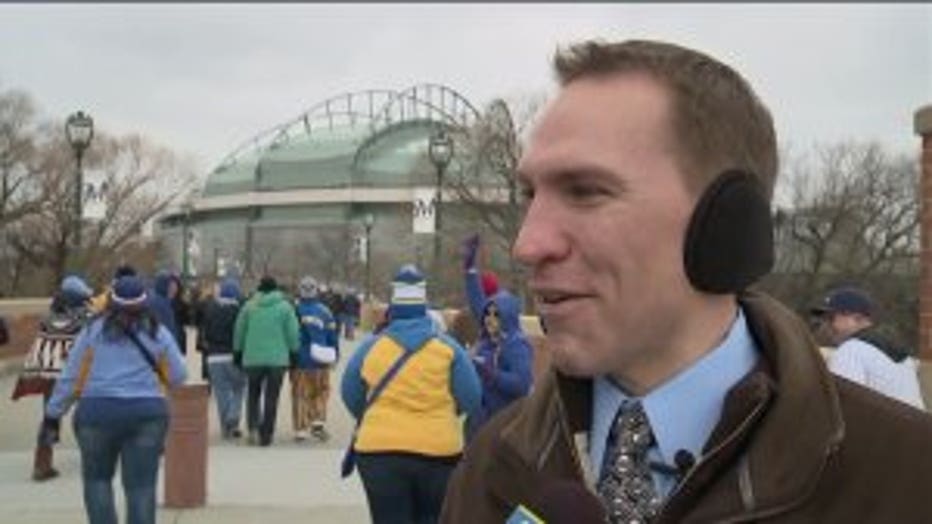 "It's what we do. Every four years, it's part of the deal. You talk to as many people as possible as to why it matters and a great way to talk to 30,000 or so of your constituents about how great the county is -- is right here on Opening Day," Abele said.

So how were the candidates feeling on the eve of the election? 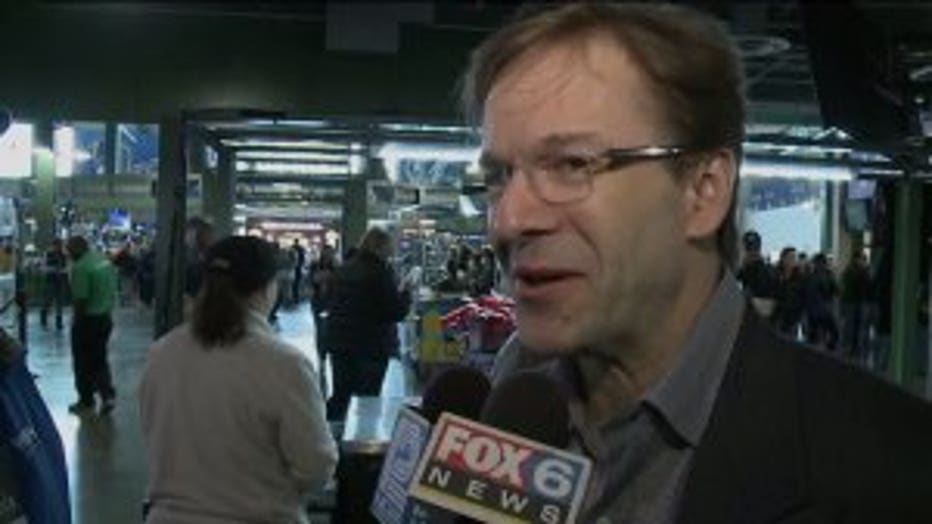 Another big race that will be decided by voters on April 5th is the race for mayor of Milwaukee.

Mayor Tom Barrett was also on hand at the ballpark Monday campaigning -- but challenger, Alderman Bob Donovan was unable to campaign Monday due to a death in his family.