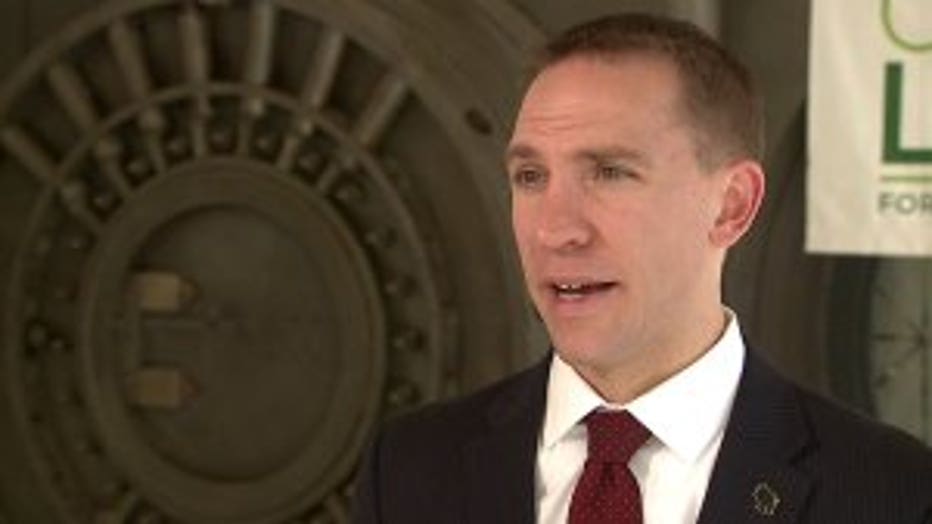 Abele and state Sen. Chris Larson both advanced to the April general election. Vote totals show that Larson won the city, 50 percent to 40 percent, while Abele won the suburbs by almost an identical margin, 50-38.

Larson topped Abele by 708 votes overall. The challenger admitted that he was surprised by the results, after a mid-January poll paid for by Larson's campaign showed him trailing by double digits.

"I think the message is pretty clear," Larson said. "People think Milwaukee County is heading in the wrong direction. They`ve had five years with the current executive, Chris Abele, and they`re done." 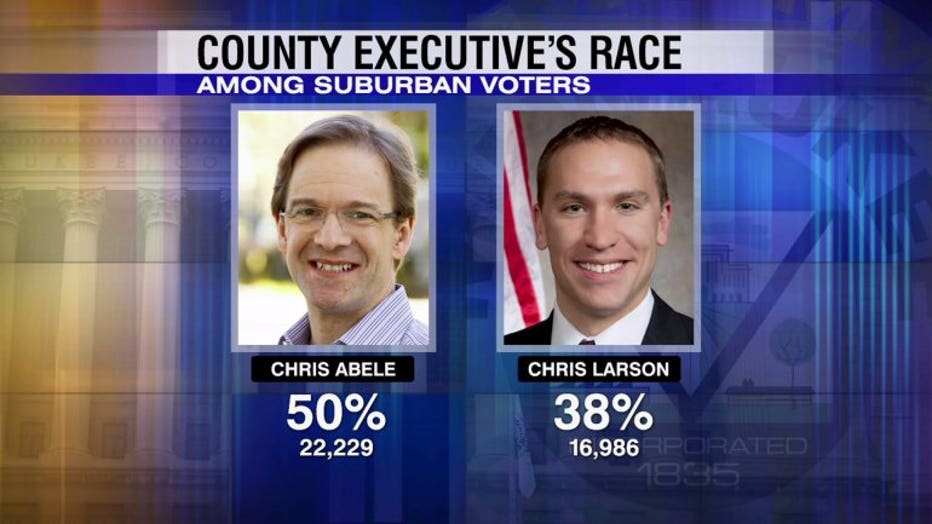 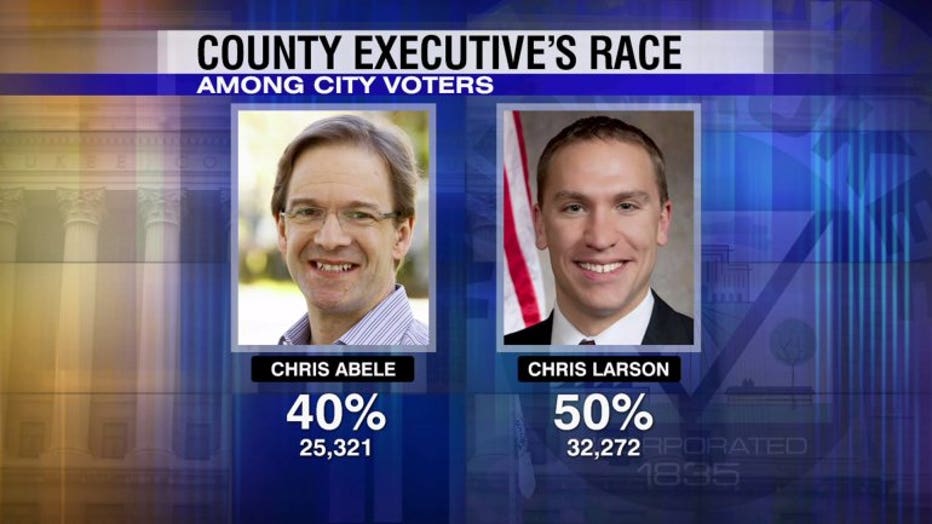 Larson closed the gap as Abele contributed $2.75 million of his own money in the campaign by the end of January. He didn't rule out spending $5 million by April, when asked specifically about that figure on Wednesday.

"I haven't set a hard number yet," Abele said. "I don't take any (political-action committee) money, and I'm not beholden to anybody besides the people who put me in office." 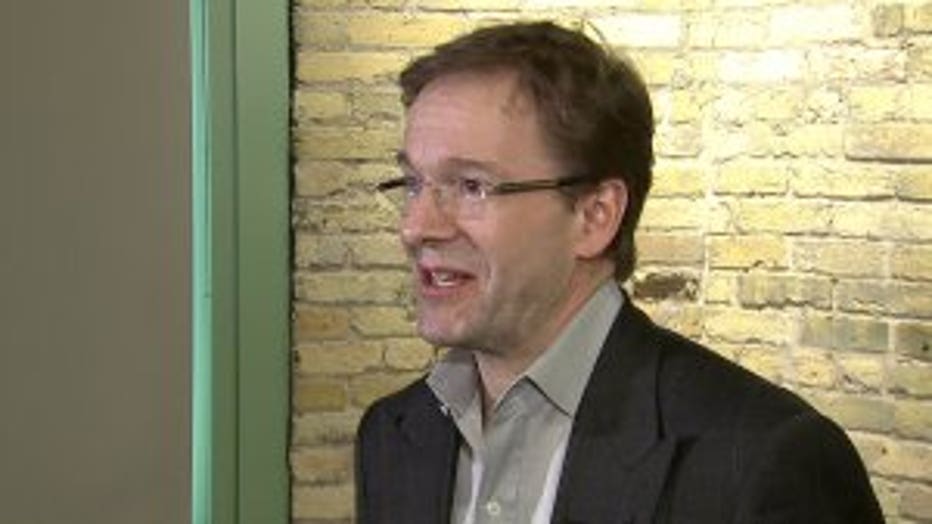 Abele said he expected a close race and was not surprised by Tuesday's results.

Larson has criticized Abele for being too willing to work with Republicans in Wisconsin's Legislature, leading Abele on Wednesday to cast his opponent as too partisan.

Abele said his campaign staff would continue to analyze Tuesday's results but did not plan to change the campaign's strategy.

"I expect, after yesterday, it will engage many more people to chip in what they can to be able to help our campaign," Larson said. "If he (Abele) is going to try to throw more money out there and try to fool people, I think the voters are smarter than that." 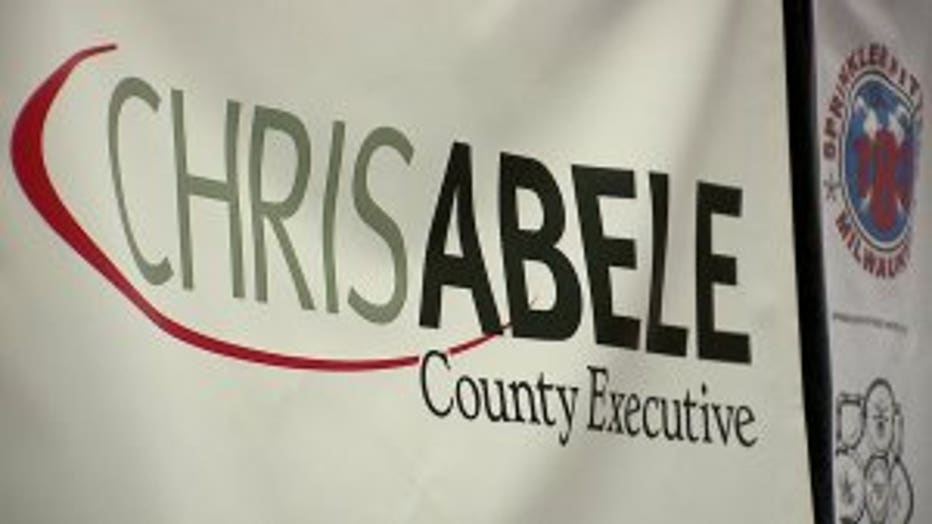 Larson and Abele committed to participating in a debate in Milwaukee on Monday, February 22nd hosted by the non-partisan Public Policy Forum. 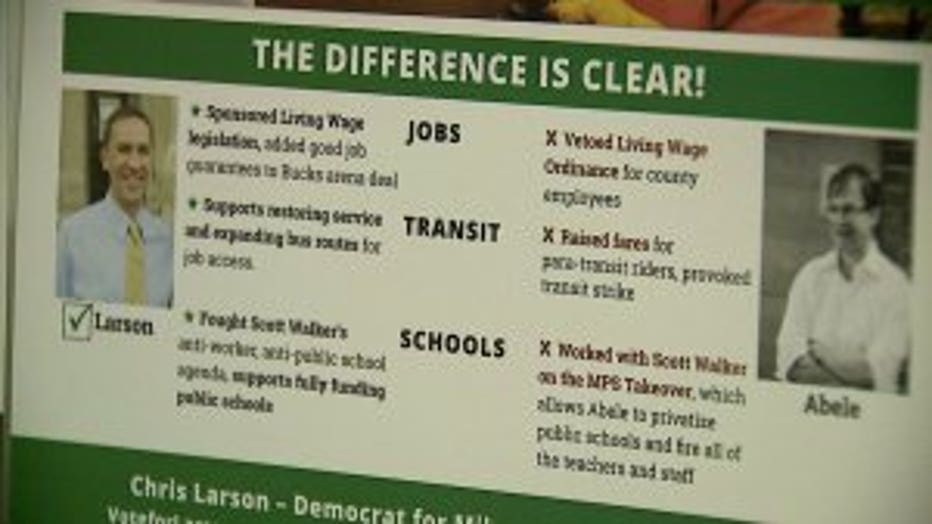