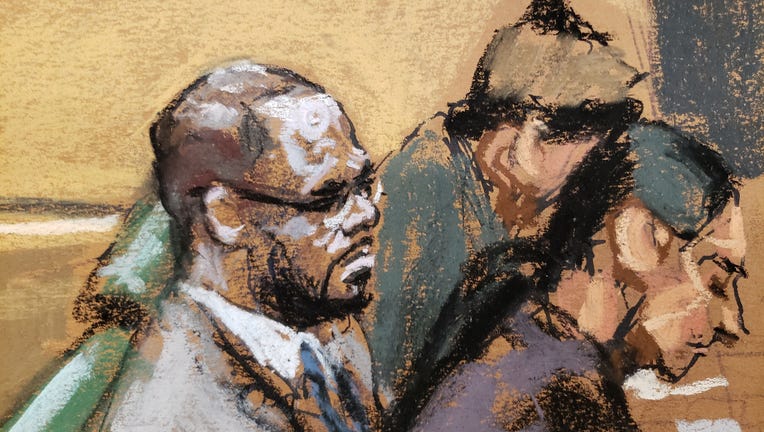 NEW YORK - A former tour manager for R. Kelly reluctantly testified Friday that he paid a $500 bribe to a government worker to get the singer Aaliyah a fake identification card so Kelly could secretly marry her when she was 15 years old.

Demetrius Smith told a jury at Kelly’s sex-trafficking trial that after he went into a Chicago-area welfare office in 1994, he brazenly approached an employee who was taking ID photos.

"Hey, want to make some money?" he said he asked the employee before handing over the cash. He was confident the bribe would work because "everybody needs some money," he added.

The welfare card was one of two fake IDs used to clear the way for the R&B legend to marry Aaliyah after he began a sexual relationship with her and believed she had become pregnant. A marriage license that was put into evidence falsely listed her age as 18; Kelly was 27 at the time.

Prosecutors say Kelly wanted to use the marriage, which was later annulled, to shield himself from criminal charges related to having sex with a minor and to prevent her from testifying against him.

Aaliyah, whose full name was Aaliyah Dana Haughton, worked with Kelly, who wrote and produced her 1994 debut album, "Age Ain’t Nothing But A Number." She died in a plane crash in 2001 at age 22. 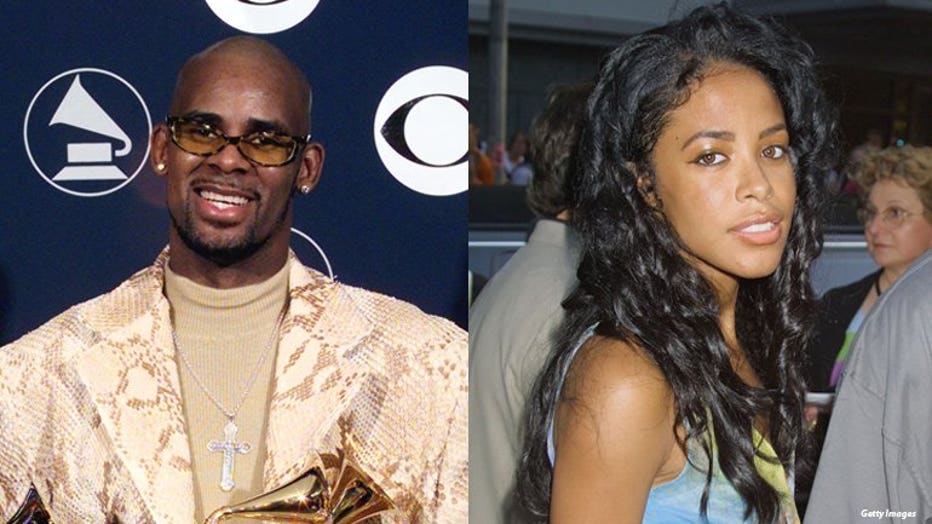 Kelly, now 54, is charged in the bribery scheme as part of a racketeering case accusing him of sexually abusing several women, girls and boys during the course of his 30-year singing career. He’s vehemently denied the charges, claiming that the women were groupies who wanted to take advantage of his fame and fortune achieved through hits like "I Believe Can Fly."

Forced to testify against his will after being given immunity from future charges, Smith repeatedly told the judge he was uneasy about taking the stand, though he did not give a specific reason. But with prodding from the judge, he detailed how the singer came to him while he was on a 1994 tour and told him, "Aaliyah is in trouble. We need to get home."

They rushed back to Chicago after a concert in another city so they could arrange the marriage meant "to protect him and Aaliyah," Smith said. He said he told Kelly, "‘I know how to get her an ID,’ and that’s what I did."

Earlier Friday, another former Kelly employee, Anthony Navarro, was called by the government to describe the inner workings of the Chicago-area mansion where Kelly had a recording studio and a constant stream of female visitors.

Being at the mansion "was almost like the ‘Twilight Zone,’" Navarro said. "It’s just a strange place." 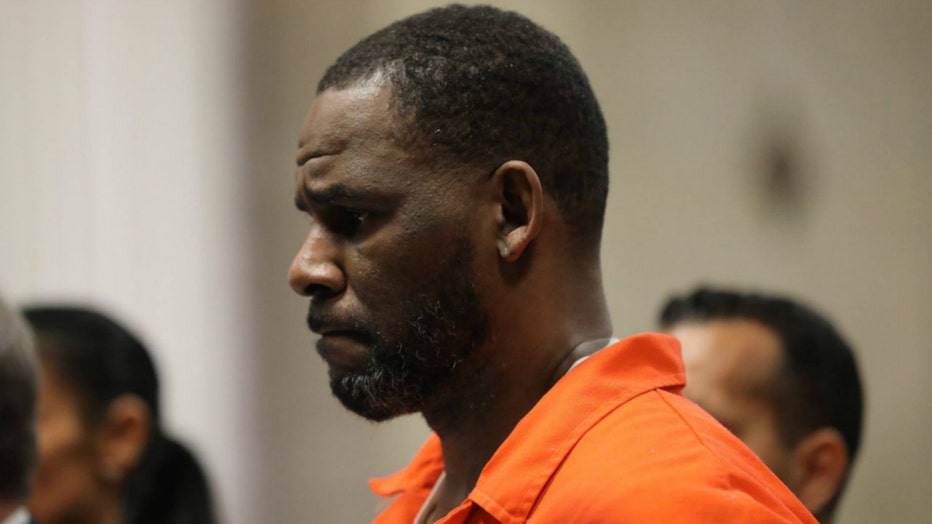 Navarro's testimony bolstered the government's contention that Kelly controlled everything around him and created an environment where girls and women who entered the space faced strict rules that gave them little choice but to submit to the singer's sexual whims.

Navarro told jurors that he never witnessed Kelly sexually abuse his victims. But there were "girls" who would stay at his home for long stretches and couldn’t eat or depart without Kelly’s permission, he said

"There’s been times where they wanted to (leave) but couldn’t because they couldn’t get a ride or we couldn’t get ahold of Rob" to get approval, he said.

Navarro, who was trained as an audio engineer, spent much of his time doing menial chores for Kelly like driving visitors to and from his home.

"Mainly it was girls who were coming to the studio," he said.

Jacob Blake's family fights for 'justice for all' 1 year later

Community organizers gathered for a "Justice for Jacob Blake" rally ahead of the one-year anniversary of the police shooting of Blake Aug. 23, 2020.