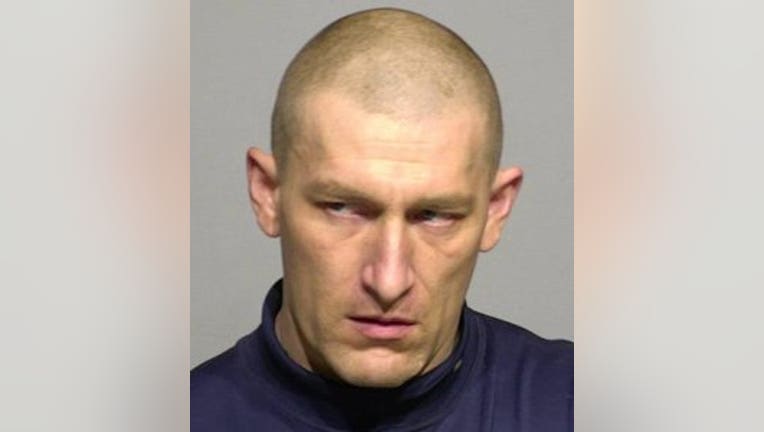 MILWAUKEE -- Geoffrey Graff, 41, of Milwaukee appeared in court for the first time Saturday, Nov. 23 after charges were filed Friday in the wake of authorities finding two underground shelters near Estabrook Park on Wednesday morning, Nov. 20. Inside those shelters, prosecutors said investigators found a stash of firearms and ammunition.

Graff faces one count of second degree recklessly endangering safety, use of a dangerous weapon, and one count of possession of a short-barreled shotgun.

In court on Saturday, probable cause was found for further proceedings. Cash bond was set at $20,000. Graff was ordered to have no contact with Estabrook Park and Milwaukee Area Technical College. MATC owns the land where the bunkers were found. Additionally, Graff was prohibited from possessing weapons. A preliminary hearing was scheduled for Dec. 3. 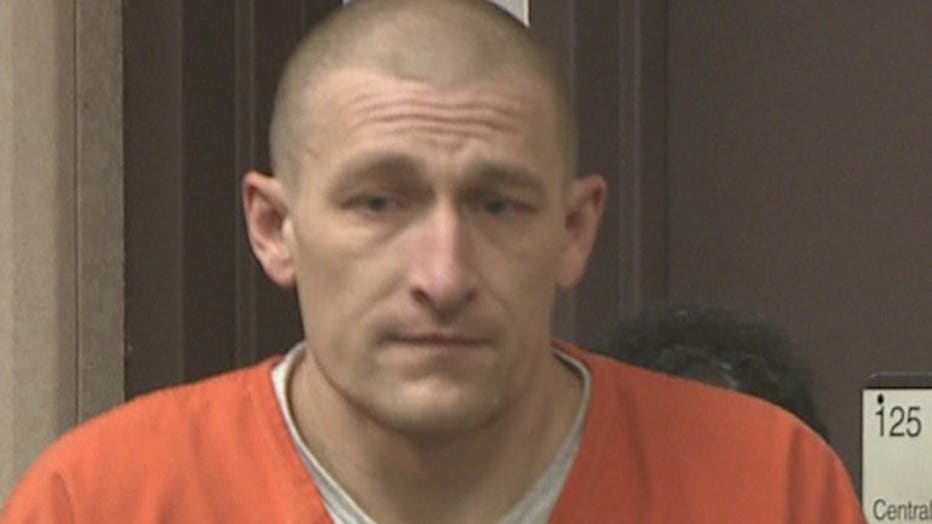 The bunkers Graff is accused of maintaining were found after multiple law enforcement agencies responded to a report of shots fired in the area near E. Capitol Drive and the Estabrook Park Wednesday morning, Nov. 20. 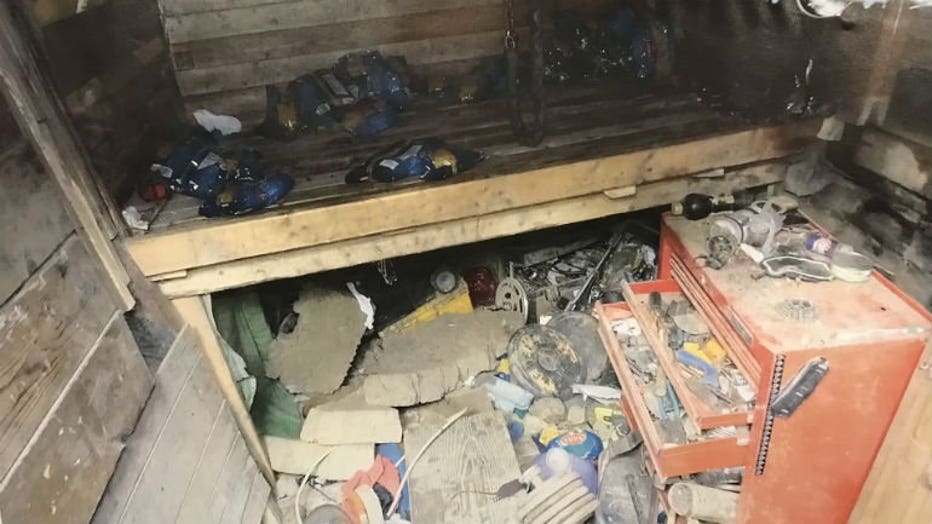 A criminal complaint said a University of Wisconsin-Milwaukee police sergeant responding to the scene came upon Graff, who "appeared to be in distress." Graff said he was searching for his missing German Shepherd, and believed police or the previous owner had taken the dog. The sergeant said he would keep an eye out, but needed to attend to another matter. Graff then said, "I fired off three rounds into the river with my nine millimeter." Graff was handcuffed. The complaint made reference to the fact that this was a congested area -- with commuters and pedestrians present. According to prosecutors, Graff told investigators he had been looking for his dog and, "Put some in the river," admitting to firing the shots due to his frustration over losing his dog. The complaint said Graff refused to say whether anyone had been struck and injured, and a search ensued. 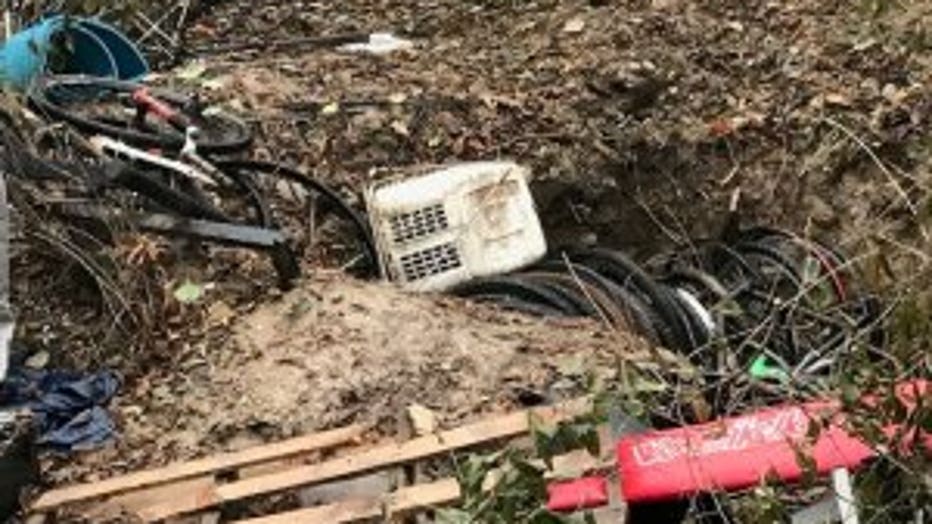 A witness walking his dog in the park said he would see Graff often on the trails, and noted Graff had, "Waved guns in the past." He led investigators to the two bunkers -- the first one appearing caved in an abandoned, the complaint said. At the second, investigators found garbage and debris, with plywood and a tarp covering the pit, and a trap door in the ground, which revealed a rudimentarily constructed bunker -- with a 9mm casing found on the floor. A deputy entered the bunker to see whether there was anyone shot or injured inside. Prosecutors said investigators found the following in the bunker after obtaining a search warrant: 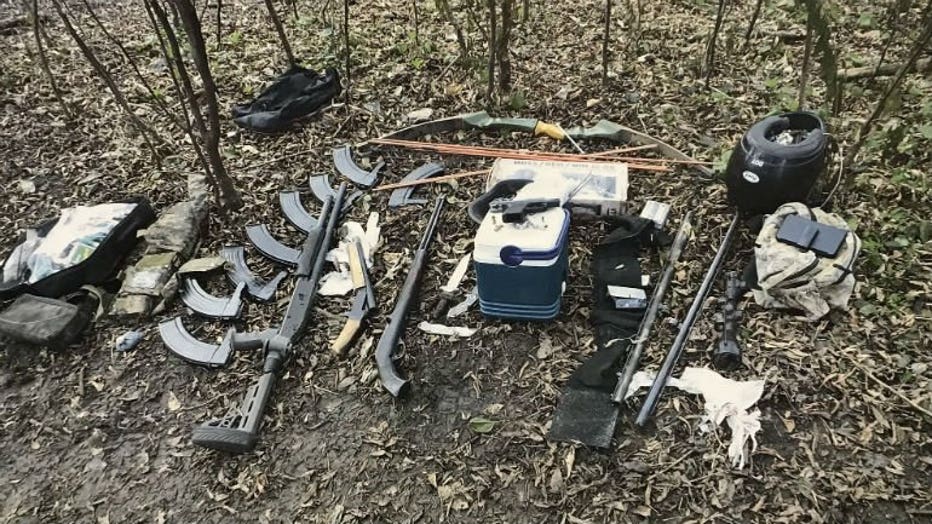 According to prosecutors, as he was being handcuffed, Graff told investigators he, "Could've cleared pretty easily if I wanted to," and said, "So you're not even gonna ask me where the SKS is with the magazines sitting around there that you couldn't find?" The complaint said he refused to provide information on the SKS, and would only do so depending on when he would be released from custody, telling investigators, "We wouldn't want that slipping into the wrong hands."

During an interview with investigators, Graff said, "I know you are here to pick my brain," and said had been using the structure for seven or 10 years, and there was a short-barrel in the structure. He said he knew law enforcement was looking for the SKS, and he knew he was gonna catch a felony charge. He admitted to firing shots, and said, "You've got an active shooter and you wanna run around with your (expletive) lights on," telling investigators not to worry about the shots because he was shooting in the river. He said UWM police, "Should have shut down the street because one of those innocent college kids could have been shot." Graff also admitted, "They could stop looking for the shooter because it was him," the complaint said.

Court records showed Graff has been in the system for years. In 2009, he was cited for causing a disturbance by riding down the street on a bicycle with eight German Shepherd dogs running alongside him. In 2012, he was accused of getting into a scuffle with officers trying to detain him.

"Mr. Graff appeared in court today on felony charges of 2nd Degree Recklessly Endangering Safety and Possession of a Short-Barreled Shotgun. Commissioner Cedric Cornwall set his cash bail at $20,000. If Mr. Graff posts the specified $20,000 cash bail and is released pending the resolution of his case, a no-contact order will preclude him from contact with the Milwaukee Area Technical College and Estabrook Park, and from entering a geographic area bounded on the west by N. Holton St., on the east by N. Wilson St., which forms the eastern border of Estabrook Park, on the north by Hampton Ave., and on the south by Capitol Dr. The conditions of Mr. Graff’s release also specify supervision by Justice Point pre-trial services and preclude him from the possession of firearms."