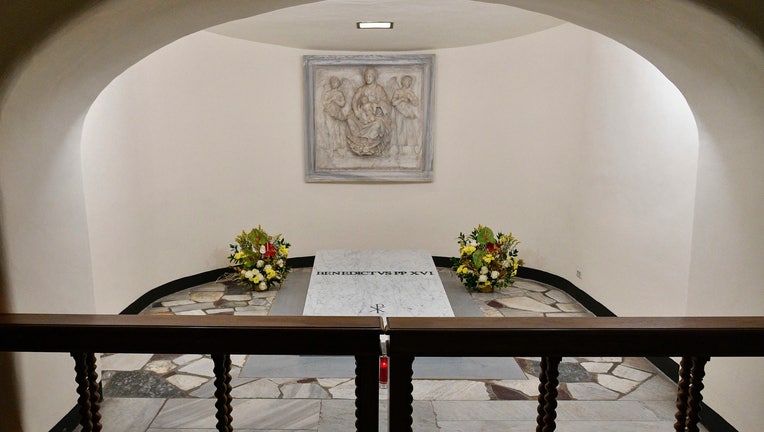 The tomb of Pope Emeritus Benedict XVI is seen in the Vatican Grottoes on January 08, 2023 in Vatican City, Vatican. (Photo by Vatican Media via Vatican Pool/Getty Images)

VATICAN CITY - The public can now visit the tomb of Pope Benedict XVI in the grottoes under St. Peter’s Basilica.

The pontiff was buried on Jan. 5 immediately following a funeral in St. Peter’s Square. Benedict’s tomb lies in the grottoes under the basilica’s main floor.

The Vatican announced on Saturday that the public could visit the tomb starting Sunday morning.

Benedict had lived since 2013 as pope emeritus, following his retirement from the papacy, the first pontiff to do so in 600 years. He died on Dec. 31 at the age of 95, in the Vatican monastery where he spent his last years. 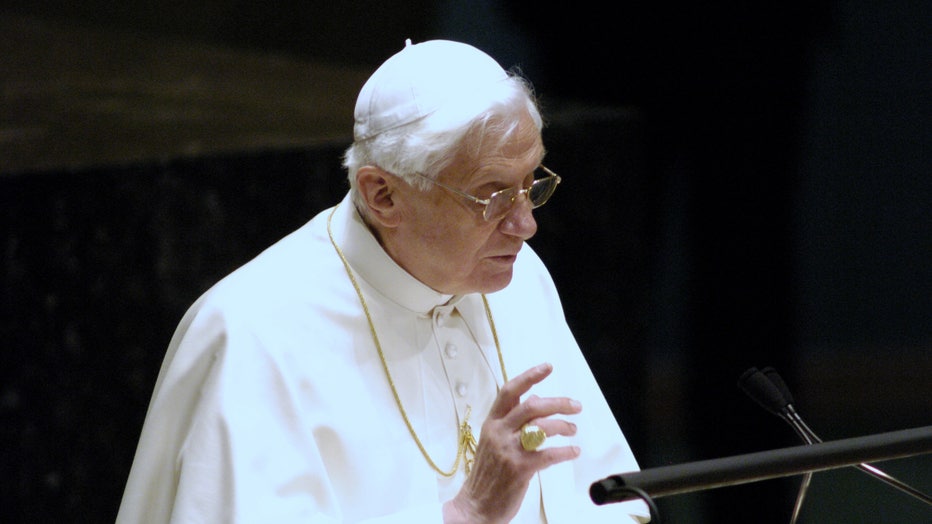 On Thursday, his longtime secretary, Archbishop Georg Gaenswein, imparted a final blessing after Benedict's body, contained inside three coffins — the cypress one displayed in the square during the funeral presided over by Pope Francis, a zinc one and an outer one hewn from oak — were lowered into a space in the floor.

The funeral service of former Pope Benedict XVI got underway in St Peter’s Square in the Vatican on January 5, 2023, attended by thousands of mourners. Credit: Elise Ann Allen via Storyful

The remains were placed in the former tomb of Benedict's predecessor, St. John Paul II. John Paul's remains were moved up to a chapel on the main floor of the basilica following his 2011 beatification.

Some 50,000 people attended Benedict's funeral, following three days of the body's lying in state in the basilica, an event which drew nearly 200,000 viewers.

The name of Benedict, the Catholic church's 265th pontiff, was engraved on a white marble slab, the Vatican said.

The Vatican didn't say whether Pope Francis had privately visited the completed tomb of Benedict before public viewing was permitted, or might do so at some other time.

On Sunday morning, Francis was leading a ceremony for the baptism of 13 babies in the Sistine Chapel. The chapel, frescoed by Michelangelo, is the traditional setting for the baptisms, an event which closes out the Vatican's year-end ceremonies.

Later, greeting pilgrims and tourists gathered in St. Peter’s Square for his Sunday noon blessing, Francis quoted from a 2008 homily by Benedict, in which the late pontiff spoke about salvation. 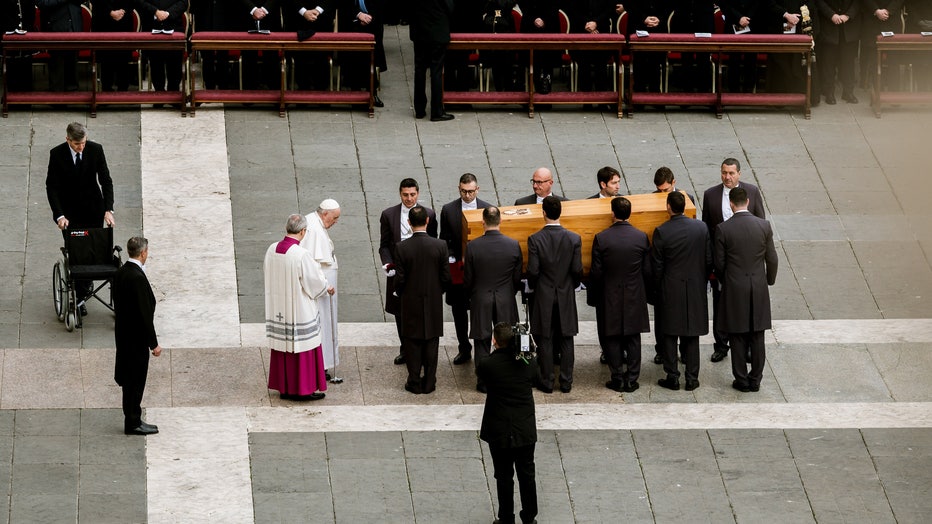 Pope Francis seen standing in front of the coffin of Benedict XVI. Pope Francis held a funeral ceremony for his predecessor, Pope Benedict XVI (Joseph Ratzinger), who resigned in 2013, acquiring the title of Emeritus. Photo by Valeria Ferraro/SOPA Im

Drawing inspiration from his predecessor’s words, Francis said that the faithful when judging others, including in the Catholic church, should apply not harshness but mercy, "sharing the wounds and the fragilities" and avoiding divisions.

Francis has been criticized in some quarters by those who favored Benedict’s more conservative stances because his funeral homily made only a mere mention of the late pontiff. While Benedict and Francis had openly spoken of each other with respect, tensions festered for years between loyalists of both men.