MILWAUKEE -- There was a large, all-day protest Wednesday, July 20th at a BP gas station located near Sherman and Burleigh in Milwaukee after a shots fired incident Tuesday night, July 19th.

Police say a 34-year-old employee of the business fired his gun into the air, pointed up, following a disturbance involving several dozen juveniles.

No one was struck by the gunfire. 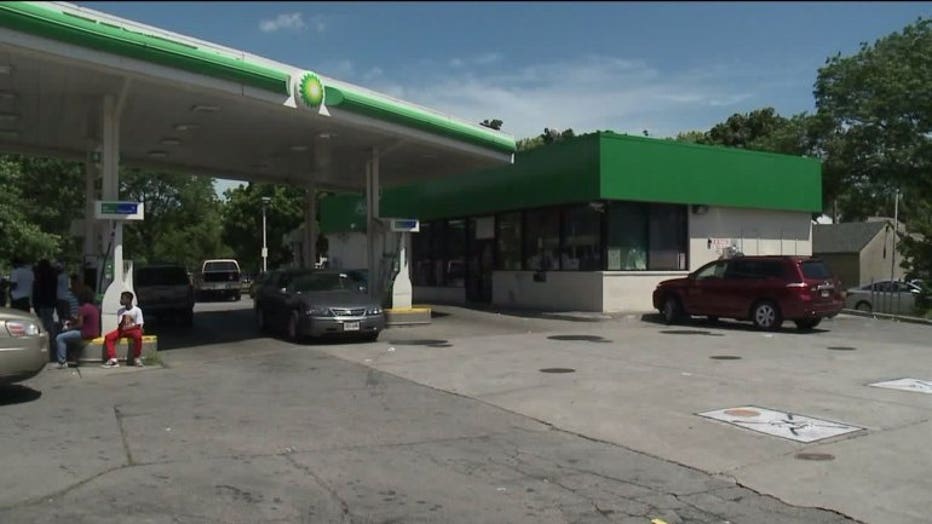 Police say the employee is being ordered in to the Milwaukee County District Attorney’s Office Wednesday for a review of the case. A charging decision will be made Thursday, according to officials with the DA's Office.

Meanwhile, protesters are encouraging a boycott of the gas station after this incident. They told anyone who pulled into the gas station Wednesday that they should take their money elsewhere.

FOX6's AJ Bayatpour spoke with protesters -- including some who said they believe the employee fired at the group of teenagers.

Those leading the demonstration said they were cooking out with a group of teenagers across the street at Sherman Park Tuesday night when some of the teens went to the gas station. The adults said they then heard gunshots. 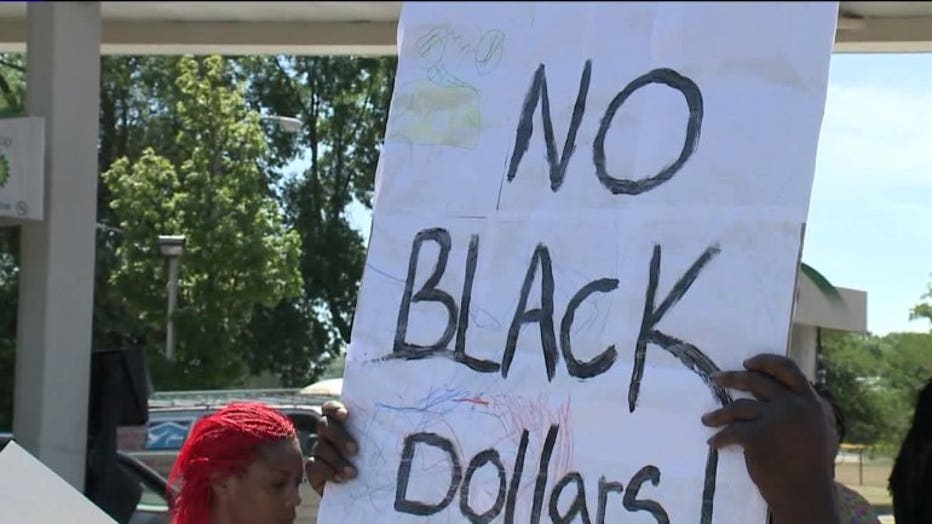 "We see kids running into the street. They're falling down. So we're like 'what's going on?'" Vaun Mayes-Bey said.

"What gives him the right to come out of his store and shoot anywhere near our kids? That makes no sense at all," Frank Sensabaugh said.

A co-owner of the gas station told AJ the employee who fired in this case has been terminated. The owner said the clerk was nervous after numerous thefts and a couple broken windows in recent weeks. 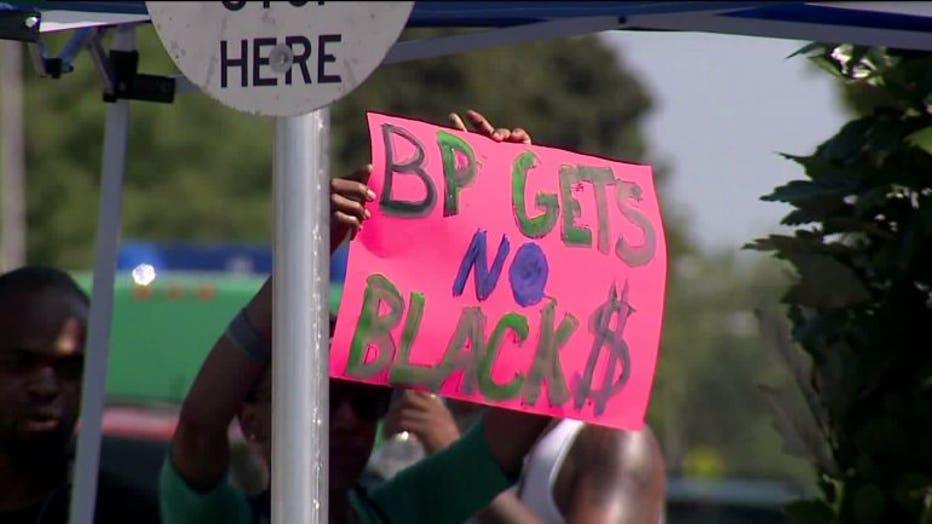 Some protesters want criminal charges filed against him. They said past incidents at the gas station, and theft allegations against the teens in this case were not an excuse to fire shots.

A friend of the gas station's owner tried to make peace with the protesters.

"We don`t want to hurt anybody. If anything happened, we`re going to sit with them and talk to them -- why this happened," Lakhvir Singh said.

A few weeks ago, on June 29th, windows were broken at the nearby BP gas station, which had to close due to safety concerns after a group of teens caused a disturbance at the nearby Sherman Park. 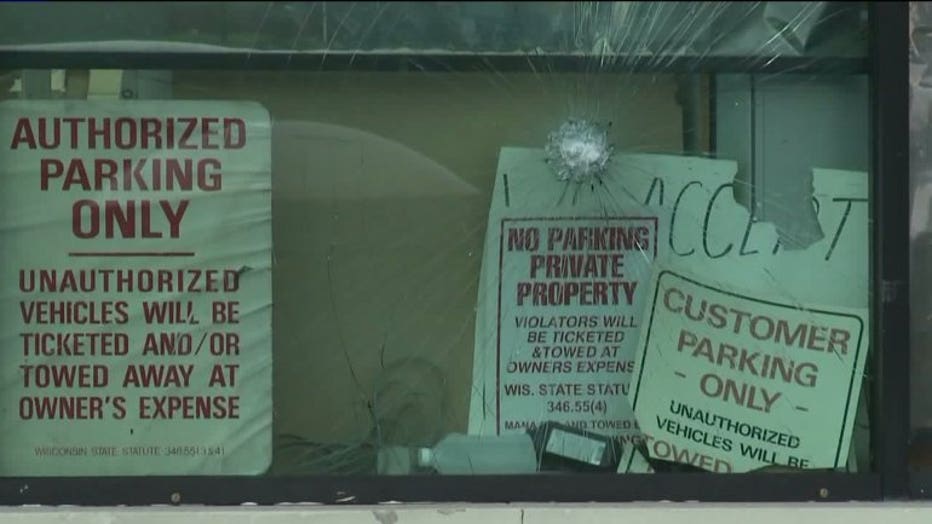 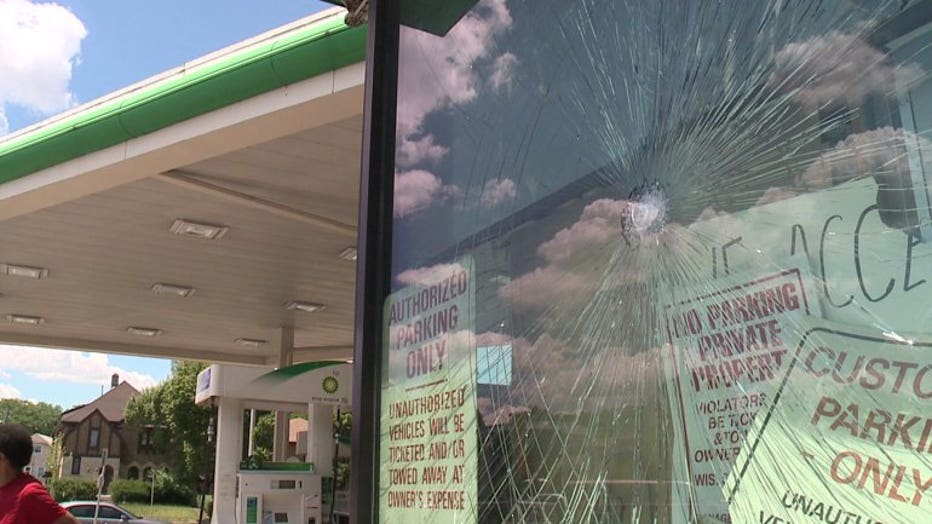 Protesters said they're trying to get through to the teenagers -- and gunfire doesn't help.

They said there will be no violence at the gas station -- but also, no money.

"We try to instill some morals and principals in our kids here in the neighborhood. All the time the police took to get here, we could`ve tore that store up. We`re not on that page anymore. It`s a new era here. You know what that era is? Peace, baby," a protester said.

Protesters said they're not going anywhere -- especially if no charges are filed in this case.