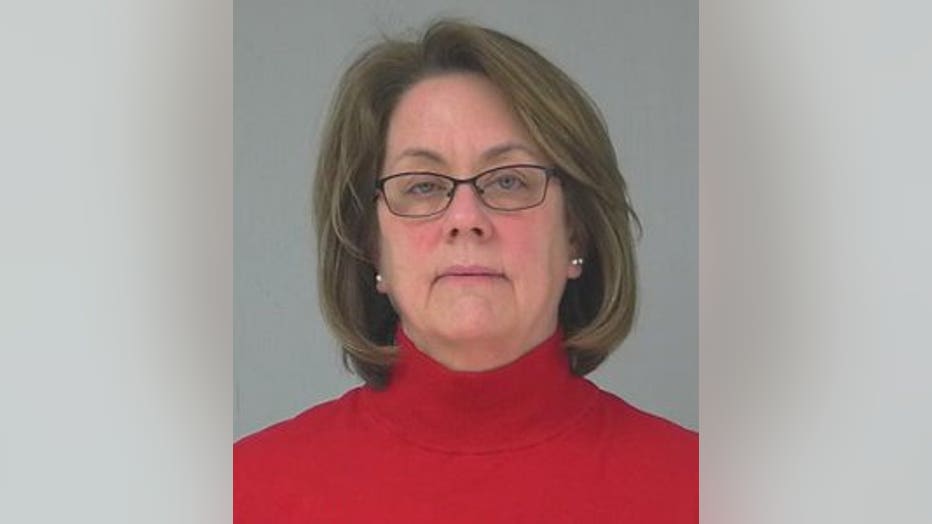 SHEBOYGAN COUNTY -- A Fond du Lac woman is accused of embezzling more than $500,000 from St. Vincent de Paul, where she served as bookkeeper beginning in January of 2009.

Donna LaRue, 60, faces one count of theft-business setting over $100,000 -- accused of stealing donations meant for the less fortunate.

"I know it goes towards the needy and I trust they are doing the right thing with it," said Dawn, shopper at St. Vincent de Paul on Highway 42.

According to a criminal complaint a Sheboygan County sheriff's detective met with the St. Vincent de Paul district council president and board officials in late May 2018 regarding the theft. They advised that St. Vincent de Paul services nine churches in the county. They explained that each church has up to 20 members which make up a conference, and each conference has a treasurer. When there's a need, the treasurer reaches out to St. Vincent de Paul for a donation.

LaRue was hired as the St. Vincent de Paul bookkeeper on a part-time basis in January of 2009. She became the full-time bookkeeper in January 2018 -- and was the point person to be contacted when money was needed by a church conference. The St. Vincent de Paul officials said when a check was written to a church conference, it had to be signed by two executive board members, and LaRue had to use QuickBooks to track the donations/expenses. They noted that "sometimes, board members would sign blank checks if it was over the weekend." LaRue was assigned to take the checks to deliver them to the treasurers, who would cash the checks for their church's use. They said LaRue, as the bookkeeper, was the only one in charge of the checks and the QuickBooks entries.

The district council president said on May 12, 2018, she noticed a debit for $4,000 that "she did not sign for and did not recognize," and further investigation revealed 17 more, for $3,000 to $4,000. Each was written out to Donna LaRue, the complaint said. The president said she looked at the copies of the checks and realized her signature had been forged. She then notified sheriff's officials.

The complaint said on Feb. 23, 2018, a check was written out to LaRue for $3,000, and LaRue listed it as being written out to Blessed Trinity/St. Mary's. The treasurer advised the church did not receive $3,000 in February, nor did they receive a check from St. Vincent de Paul. Two signatures on the check were determined to have been forged.

The president provided investigators with copies of "suspicious checks" written out to LaRue from July of 2011 through April 2018, with the final check written on April 20, 2018. Investigators were also provided with all of the QuickBooks transactions from January of 2011 through May 2018. The complaint said LaRue "would list a church" in the Quickbooks entries for the checks "to cover up the embezzlement."

Investigators obtained bank records from January of 2011 through May 2018 for the St. Vincent de Paul account in question. The complaint said 201 checks were either forged or written without permission, with a total amount of $557,715. Most were written out to LaRue, but the complaint said five were issued to other people -- two written out to LaRue's apartment building company. A manager there confirmed "there were a few times LaRue paid her rent from a St. Vincent de Paul business check."

LaRue made her initial appearance in court on Feb. 18. Probable cause was found for further proceedings, and a $25,000 signature bond was set. A preliminary hearing was scheduled for March 6.

"It is with deeply sad hearts that our Sheboygan County St. Vincent de Paul Society Executive Board had to address allegations of employee fraud relating to the organization. We have fully cooperated with the Sheboygan County Sheriff's department’s investigation and have worked with an accounting firm to improve our internal financial controls to better protect our assets.

Our mission is to assist families in need, regardless of religious affiliation, through financial and spiritual support.  In the past year, our local St. Vincent de Paul community helped over 6,200 families with $397,000 of assistance for rent, utilities, food, clothing, furniture and household items.  In addition, a new Bridges out of Poverty program was initiated to help individuals break the cycle of poverty and create a new future story for themselves.  Our outreach programs are possible only through store revenues, volunteers and community support.