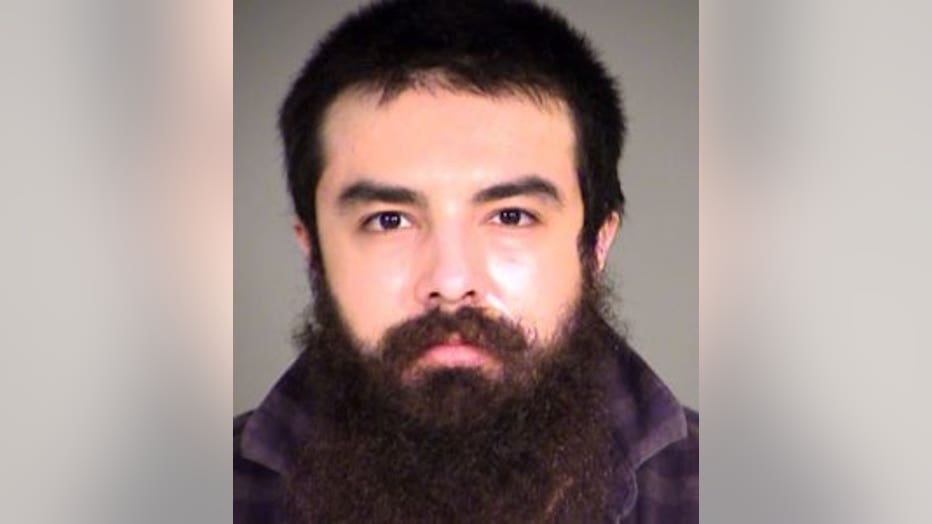 FOND DU LAC -- A man is facing first-degree intentional homicide and hate crime charges in connection with a fatal Fond du Lac County crash. Prosecutors say the Fond du Lac man told investigators he was "targeting a white person" when he swerved into the path of a motorcyclist on July 3 -- hitting the bike head-on.

The crash happened in the area of Winnebago Drive and Taycheedah Way in the town of Taycheedah. The victim, 55-year-old Phillip Thiessen, was a former Virginia police officer and retired Wisconsin Department of Justice Division of Criminal Investigation special agent -- but prosecutors noted there's nothing to suggest he was targeted based on his profession.

Daniel Navarro, 27, is also charged with use of a dangerous weapon. He made his initial court appearance Thursday where bond was set at $1 million cash. Navarro returns to court July 17. 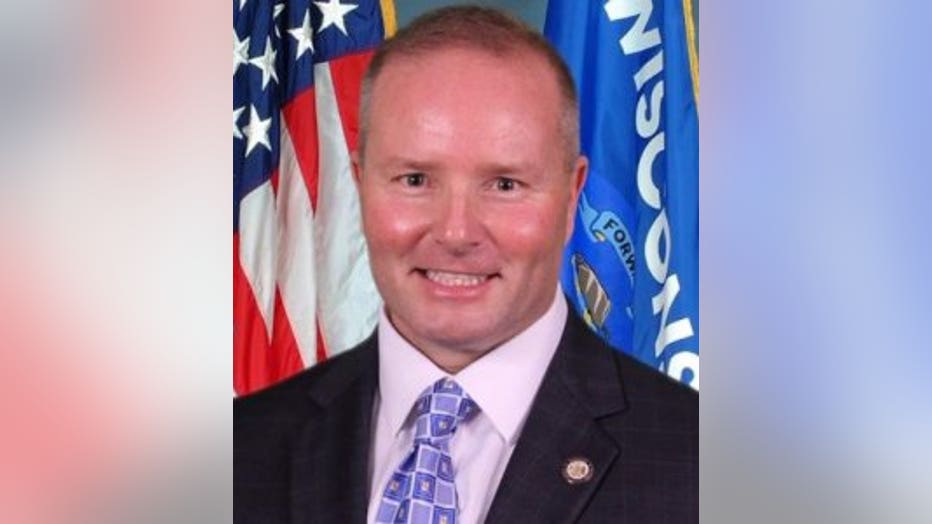 According to a criminal complaint, around 6:45 p.m., investigators found the victim deceased in the roadway near a motorcycle, with witnesses trying to render aid. He was not wearing a helmet at the time of the crash. A red 2004 Dodge Dakota pickup was nearby -- having crashed into a pole off the roadway. Prosecutors said Navarro, the driver of the pickup, said he was in the westbound lane of Winnebago Drive when he intentionally crashed into the motorcycle head-on. Witnesses said the truck swerved into the westbound lane and struck the motorcycle -- with the bike flying into the air.

Investigators said there were no signs the pickup braked before or after the crash.

The complaint said Navarro told investigators he believed he was "intentionally contaminated with chemical sterilizer on a jacket by an employment supervisor in Ripon a year and a half prior," and "a friend poisoned him by giving him acid a year and a half ago." He added that he was "still being poisoned by a neighbor." He added that he "can hear one of his neighbors making racist comments through the walls." He said "they" drive by his house and rev their engines or squeal their tires, and "they" know who he is. He said "they" are "trying to upset him" but he "doesn't get angry." He said "those who are poisoning him, giving him acid and making racist comments are all Caucasian and targeting him because he is Mexican."

He said the day of the crash, he took the truck out for a drive to charge up the battery and saw the motorcycle and "intentionally swerved with intent to kill the driver." According to the complaint, he said he had been "thinking about targeting a white person and killing them with a vehicle earlier that day," and he "picked a motorcycle because he wanted the person to die," noting that "white people drive motorcycles," and "the Harley culture is made up of white racists." He said he "wanted to go to prison to be free from his neighbors," and he "knows what he did was wrong."

Prosecutors said he talked about "recent events" and the "racial climate in the United States" contributing to what happened -- talking about the "silent majority that voted for Donald Trump as president and the political and racial tensions in the news lately, including racial tensions related to President Trump." He said "if Trump and white people are going to create a world like we are living in, then he as no choice and people are going to have to die."

In the complaint, prosecutors noted no information linking the victim, a former police officer and Marine veteran, to any racist activity or behavior. At the DOJ in Wisconsin, Phillip Thiessen served in the Crimes Against Children Unit. He retired from that position two years ago and resided in Fond du Lac while continuing to volunteer at the Fondy Food Pantry.

Prosecutors noted a 2019 disorderly conduct/domestic violence incident after which officials tried to place Navarro under a 72-hour mental health hold, but the request was denied by the crisis hotline.

The Fond du Lac County Sheriff's Office asked residents on Winnebago Drive for any home surveillance video that may have captured the crash and moments leading up to it. They also asked those who knew Navarro to share any information about them. The community can call 920-929-3390 with any information or video.