MILWAUKEE -- Three Milwaukee men were charged on April 30 in connection with a July 6, 2017 fatal shooting, almost exactly one month after a fourth man, who prosecutors said was the main actor in this case, was sentenced to prison. It happened near 12th and Ring, after prosecutors said the group showed up to a home in the area to confront a man named "Kurt."

"We had no idea. Nobody's contacted us -- told us anything," said Antwanette Stegall, sister of Maurice Stegall, of the new charges filed in her brother's death.

Daniel Cooper, 30, Jimothy Jenkins, 31 and James Wilder, 35, each face one count of first degree reckless homicide, as party to a crime, use of a dangerous weapon. 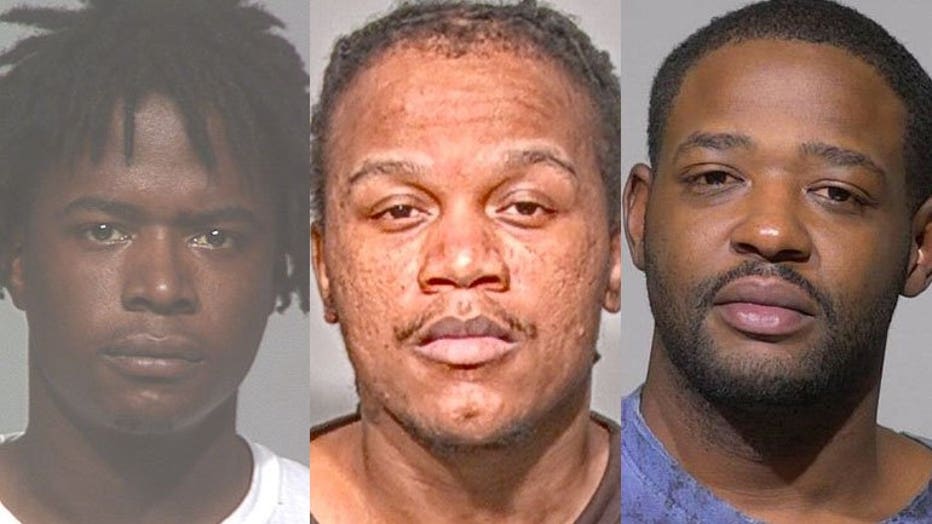 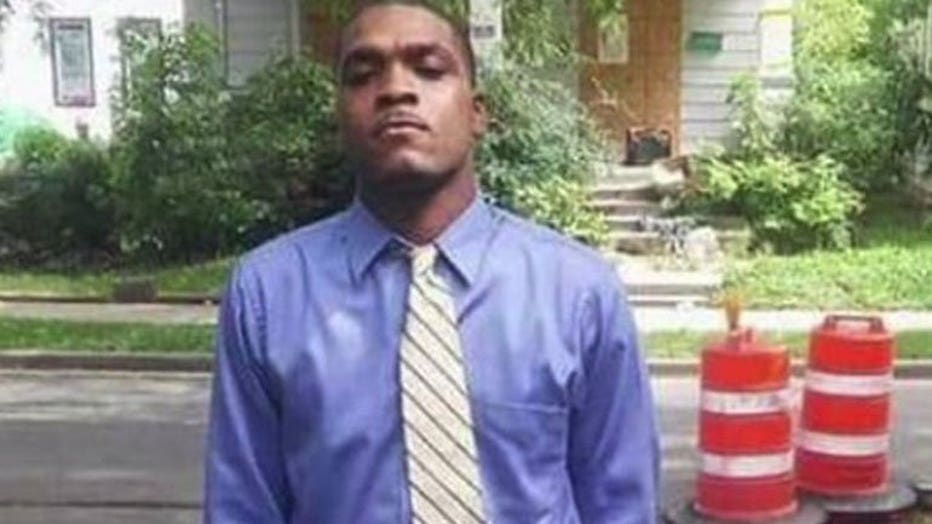 According to a criminal complaint, on July 6, 2017, around 3:15 p.m. police responded to the area near 12th and Ring, where the found the victim, later identified as Maurice Stegall, 28, lying on the floor in the front room of a home in the area -- suffering from an apparent gunshot wound. First responders with the Milwaukee Fire Department attempted to save Stegall's life, but he succumbed to his injuries.

"I can barely remember that day. It's kind of like, a blur," said Antwanette Stegall. 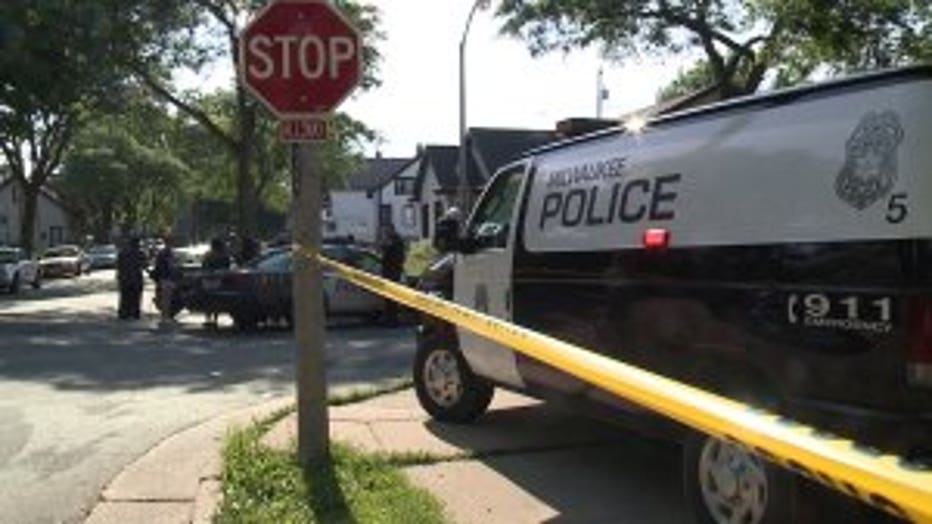 An autopsy revealed he suffered a single gunshot wound to his lower back area.

"Maurice was a great man. He'd give anybody the shirt off his back," said Antwanette Stegall. "His daughter was the apple of his eye. My niece is never seeing her father again. Now it's like our family's just fallen apart."

The complaint said Stegall's girlfriend was an eyewitness to the shooting, which happened at Stegall's grandmother's home. She said just before the shooting, she was outside with Stegall when a vehicle pulled up and several men exited with firearms. She recognized one of the men as "Isaiah" -- and identified him via a photo array as Isaiah Guy. 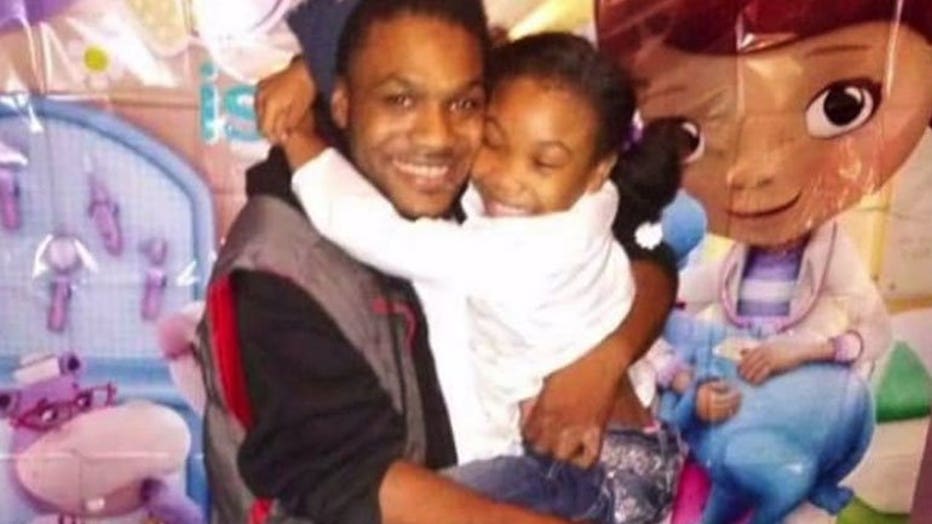 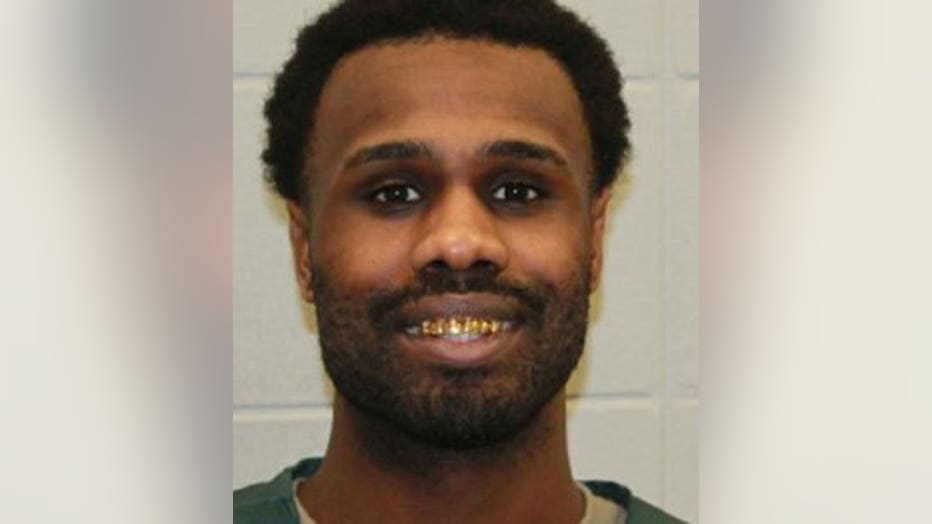 Guy, 29, was convicted by a jury on three counts in December 2018 -- first degree reckless homicide, as party to a crime, possession of a firearm by a felon and possession of narcotic drugs. Prosecutors said cocaine, marijuana and oxycodone were found in his clothing when he was taken to the hospital with injuries of his own after the fatal shooting. In March 2019, Guy was sentenced to serve 36.5 years in prison and 21 years' extended supervision with credit for 631 days' time served.

According to the statement from Stegall's girlfriend, Guy told Stegall he was there to see "Kurt," and told him to go inside and get "Kurt." Stegall told Guy "Kurt" wasn't there, and Guy punched Stegall, knocking him down, the complaint said. Stegall got up and tried to get into the house, at which point Guy pointed a long gun at him and fired several times, the complaint said. Stegall fell onto the steps and crawled toward the house, as a man who was with Guy fired shots from a pistol while backing away from the house. The girlfriend said she ran, and returned to the house after the shooting was over, where she found Stegall lying on the living room floor.

A second witness told investigators he heard shots and saw a man lying in the street near a gray vehicle, next to a rifle that was in the street. He said a cream-colored vehicle approached and picked the man up, and a woman moved the gray vehicle into an alley.

The complaint said police found 23 9mm casings outside the home, and numerous bullet strikes to the home. A Crime Lab analysis showed the casings were fired from four separate 9mm firearms. 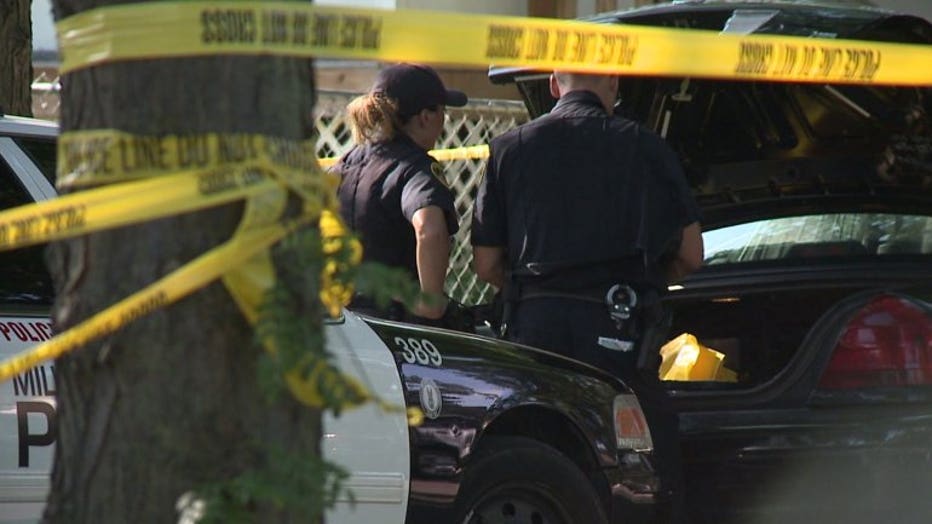 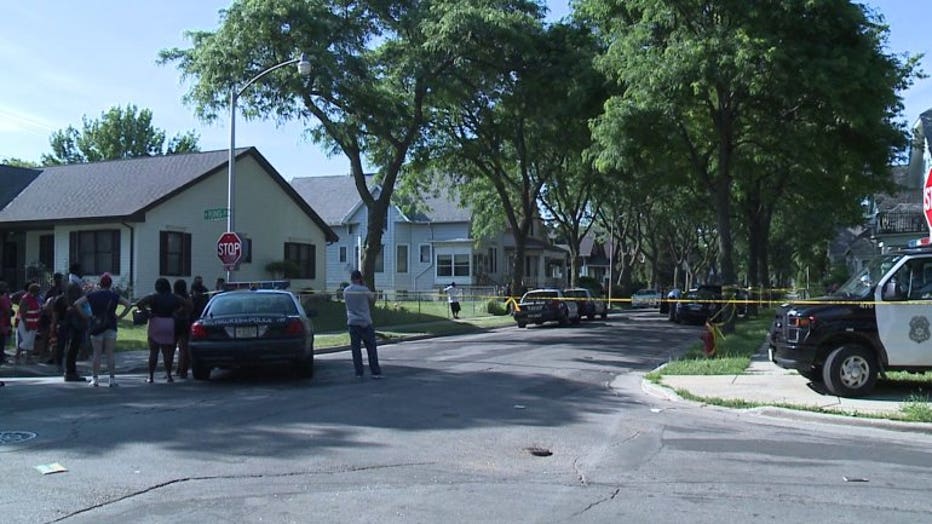 The gray vehicle moved to the alley after the shooting was found to have belonged to Guy's girlfriend, according to the complaint. An empty case for a rifle and a box of 9mm ammunition were found in that vehicle.

The tan vehicle was later located outside Wilder's home in Milwaukee in six days after the shooting in July 2017. Wilder's wife told investigators he often drove that vehicle. A Crime Lab analysis of blood stains from that vehicle revealed the blood matched that of Guy. 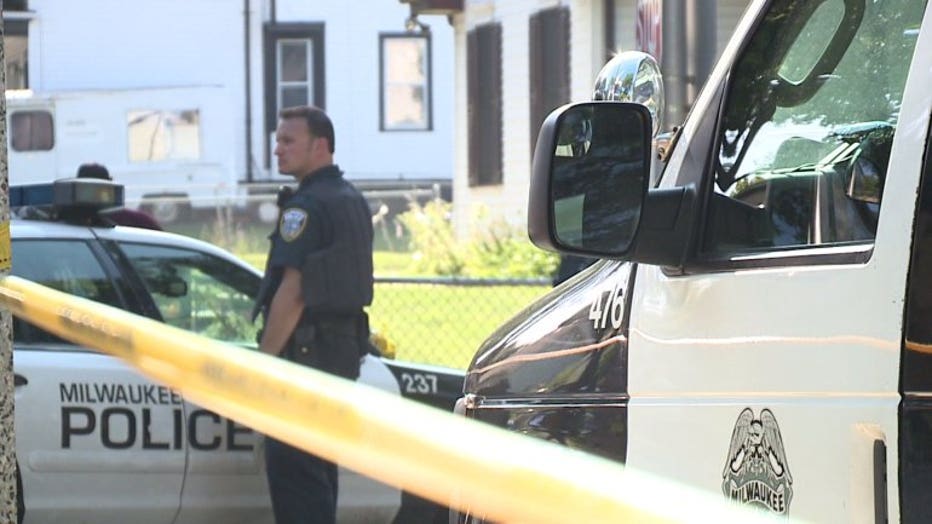 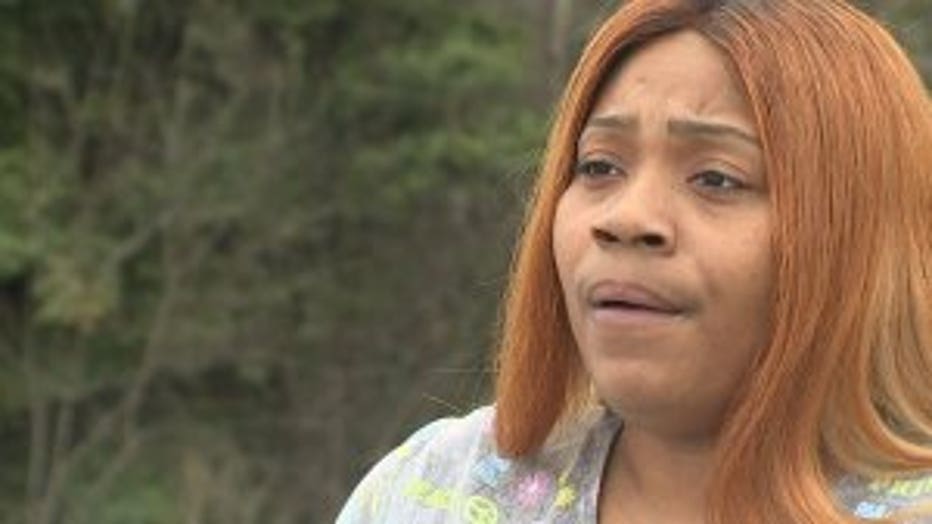 Wilder was interviewed by police. According to the complaint, he said he had driven past the area near 12th and Ring and saw a man kneeling in the street, suffering from an apparent gunshot wound. He said he stopped to help, and eventually drove the man to the hospital. He said he'd never met the man before, and identified a photo of Guy as the injured stranger. He denied that a third person was ever in the vehicle with him -- which was contrary to what was seen in the hospital surveillance video, which showed Guy and Jenkins being dropped off at the hospital.

The complaint said a longtime friend/acquaintance of Cooper, Jenkins and Wilder said each had admitted involvement in the shooting. He indicated Cooper said he was part of a group that went to the home near 12th and Ring so that Guy could confront "Kurt." Cooper said he fired toward the back of the house when someone inside started to open the back door. He said Wilder indicated he acted as a lookout for the shooters. Wilder said after Guy was shot, he and Jenkins put Guy into Wilder's vehicle and Wilder drove to the hospital. Jenkins said he was one of the people shooting from in front of the house.

"It doesn't make me feel, like, any closure. I'm happy that they're catching the people, but at the same time, it's not going to bring him back," said Antwanette Stegall.