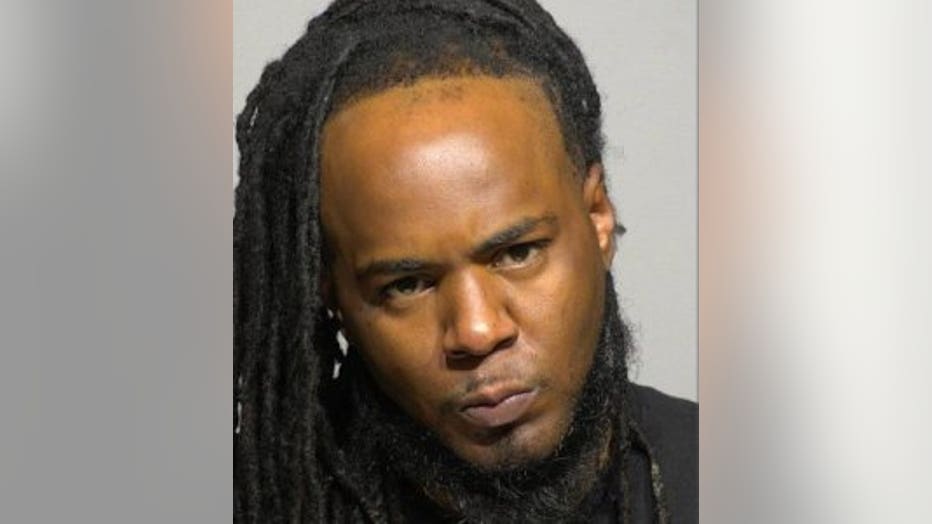 MILWAUKEE -- A Milwaukee man faces kidnapping, trafficking and sexual assault charges after police said he grabbed a 15-year-old girl walking toward Silver Spring Drive -- forced her into his truck, drove her to a hotel and forced her to have sex with him.

According to a criminal complaint, the victim said she left her group home on May 14 and began walking toward Silver Spring Drive when a man she identified as Veasley pulled up in a pickup truck and began yelling at her. She said she ignored him and kept walking, but he exited his truck, approached her and reached out to grab her. She said she tried to dodge him, but he was able to force her into his front passenger seat.

The girl said he then began calling people, asking them to book him a hotel -- while asking the girl "if she wanted to make money." According to the complaint, he told the girl "she would have sex with men, and could set the prices herself." He told her he "could have her walk down National Avenue, and men would come right up to her," but she said she "was not comfortable with that," according to prosecutors.

Veasley had a friend book him a room at American Inn Motel -- where the victim said he pushed her onto a bed and forced her to have sex with him. Afterwards, she spoke to the manager who allowed her to make a call. She called friends and then went back to her group home -- where she called police, the complaint said.

Prosecutors said surveillance video showed Veasley's truck parked next to the vehicle of the woman who rented the room for him. The video also showed Veasley and the 15-year-old girl exiting the truck and entering the hotel.

Veasley was arrested on May 15.

"I'm really surprised at how brazen this guy was to just take this girl and just snatch her off the street," said Debbie Lassiter with the Convergence Resource Center. "Whenever you can get one of the bad guys, it's a good deal. This will continue to happen if we, as a community, don't say, 'Hey, not on my block.'"

Lassier said it's important for everyone to have a safety plan -- and for bystanders to step up and call police.

"When you see something that doesn't look right, it probably isn't," said Lassiter. "It takes a village to keep a person safe."

Veasley made his initial appearance in court on May 20 -- where cash bond was set at $50,000. A preliminary hearing was scheduled for May 29.