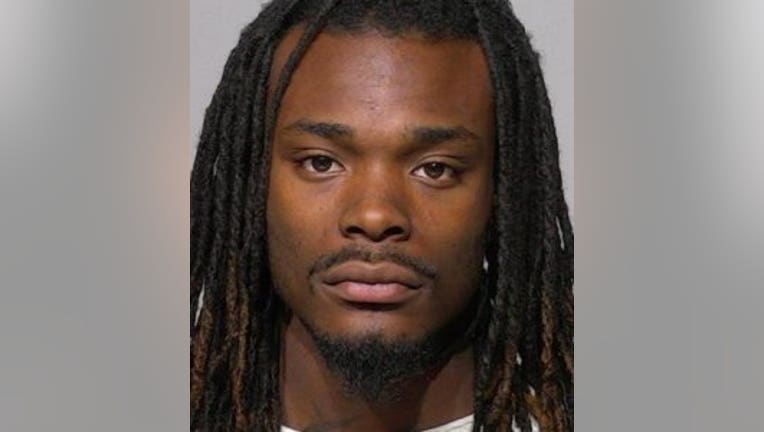 MILWAUKEE -- Charges were filed Tuesday, Sept. 3 against a Milwaukee man accused of fatally shooting his own father. It happened Saturday, Aug. 31 near 24th Place and Auer. Prosecutors said it followed an argument in the home about dishes being washed -- and the accused was on probation at the time.

Varick Choice Jr., 24, faces one count of first degree reckless homicide, and one count of possession of a firearm by a felon.

According to a criminal complaint, police received a 911 call around 8:30 a.m. regarding shots being fired in the area.

When police arrived, they saw that the front door of a duplex in the area was wide open, and a juvenile male came out of the lower unit. When asked if he heard any gunfire, the male pointed to the upper unit.

When officers went upstairs, they heard a woman screaming. The victim, Varick Choice Sr., was found on the living room floor, surrounded by blood.

Soon, officers heard footsteps running up the back stairwell. Varick Choice Jr. ran out of the kitchen area, and his shoes were covered in blood, the complaint said.

Choice Jr. told police "an unknown black male" had shot his father, and ran out the back door. Choice Jr. said he ran after the shooter, but the man got in a vehicle and drove away.

Choice Sr. was taken to the hospital, where he was pronounced dead. An autopsy revealed he suffered nine gunshot wounds.

The complaint said police found 14 9mm casings and six bullet holes in the kitchen, and two copper jackets from casings in the living room.

Choice Jr. told investigators after the argument with his sister, he was washing the dishes when he heard his father swear, and he heard numerous gunshots. He said he ran to his sister's bedroom, and when the gunfire stopped, he ran out and saw his father sitting on the couch. He said he placed his father on the ground, and ran to the back door. He said he saw a man running toward 20th and Hopkins. He said he chased the man, but didn't catch him.

Detectives confronted Choice Jr. about not telling the truth, and the complaint said he indicated "he was scared and he blacked out." He said he "used to be beaten by his father."

He said he was near the kitchen and "his father rushed at him." He said his dad continued to walk toward him, and shots were fired. Choice Jr. said "he was panicking, was scared, and does not remember where he was aiming the gun."

The complaint said Choice Jr. was convicted of possession of a firearm by a felon in February 2019. He was placed on probation for 18 months in May.

Milwaukee police say if Choice Jr. is convicted, he could face up to 70 years in prison and $25,000 in fines.