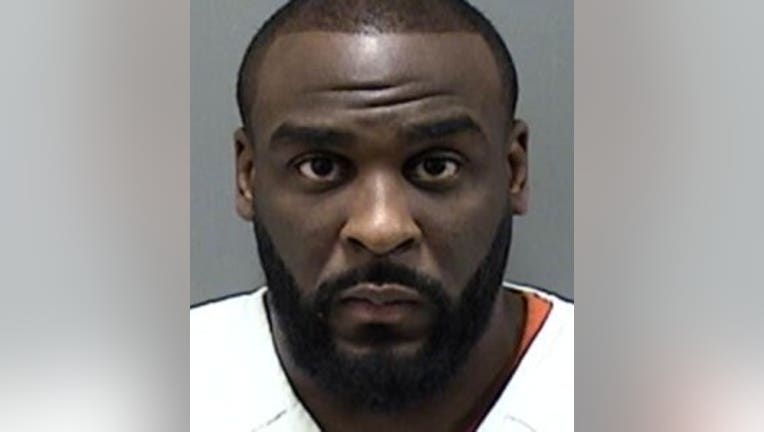 RACINE -- A Racine man stands accused of trying to kill the father of his wife's child 19 days after the suspect's release from prison. Prosecutors said the shots fired incident happened after a confrontation inside a Racine bar.

A criminal complaint noted Hibbler's history of convictions and incarceration dating back to 2005. Prosecutors said he was released from prison on Aug. 13 -- 19 days before this alleged shots fired incident in Racine.

According to the complaint, around 12:30 a.m. on Sept. 1, police responded to multiple reports of shots fired near GRC Sport Lounge on Douglas Avenue near Hubbard Street.

While officers were investigating, the victim approached and advised that he was in the bar when Hibbler approached. He said Hibbler "was being confrontational," and the victim "did not want any trouble," so he left the bar and called for a ride. He said he was picked up and brought back to his vehicle, which was parked nearby. He said he got into his vehicle, and shortly thereafter, Hibbler opened the victim's driver's side door and pointed a handgun at the victim, telling the victim, "I'm going to kill you." The victim said he pushed the gun aside and drove away, at which point he heard gunfire and his vehicle was struck. He said he drove to an address on Erie Street and called police. He was not hurt.

Police found bullet holes on the man's vehicle, and the complaint said 15 9mm casings were found in the area. A parked vehicle, a white box truck, was also struck on its passenger side.

The complaint said the victim identified the shooter by last name -- Hibbler -- and via a photo array. Additionally, the complaint said surveillance video from inside the bar backed up the victim's story regarding the events that preceded the shots fired incident.

The victim said he and Hibbler's wife shared a child, and indicated Hibbler had just gotten out of prison two weeks before this incident occurred.

Hibbler was interviewed by police, and the complaint said investigators showed Hibbler a Facebook photo of him and his wife on the night of the incident, and he positively identified himself as the person in the photo. When Hibbler was shown surveillance video from the bar, Hibbler stated, "Don't know who that is," and, "That ain't me."

In January 2018, Hibbler pleaded no contest to felony bail jumping, repeater. He was sentenced in April to serve two years in prison and two years' extended supervision.

Also in January 2018, he pleaded no contest to one count of substantial battery -- intentionally causing bodily harm. He was sentenced in April to serve one year and six months in prison, and two years' extended supervision -- to be served concurrently with the bail jumping sentence.

In October 2007, he pleaded guilty to second degree recklessly endangering safety. He was sentenced to serve two years in prison and three years' extended supervision.

In February 2005, Hibbler pleaded no contest to one count of second degree recklessly endangering safety. He was sentenced to serve 21 months in prison and 39 months' extended supervision.

Hibbler made his initial appearance in court in this case on Sept. 10. Probable cause was found for further proceedings, and cash bond was set at $100,000. A preliminary hearing was scheduled for Sept. 18.