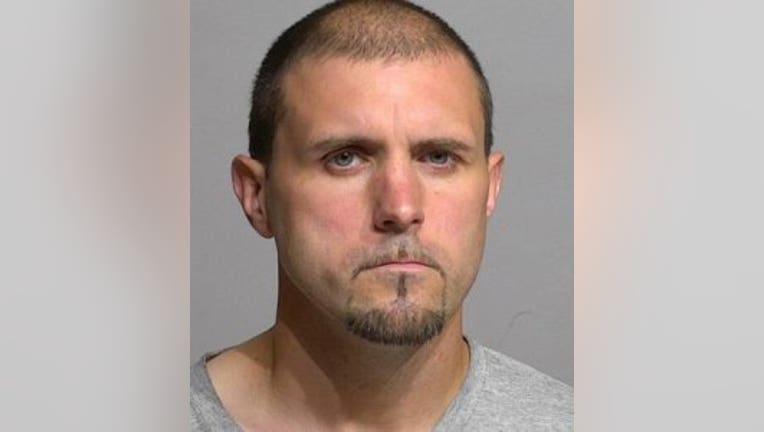 The taxi driver said he immediately slammed on the brakes and tried to grab the knife. In doing so, he sustained a serious laceration on his hand. He said he jumped out of his vehicle, which stopped, and the man who stabbed him then got into the driver's seat, as the taxi driver ran for help. The taxi driver was taken to the hospital for treatment of a stab wound to his neck.

According to the complaint, officers responded to the scene and recovered a black knife handle with the blade broken off. The next day, a citizen told police she was having a rummage sale when a customer came up to her and handed her a broken blade from a knife that he found and didn't want anyone to get hurt with.

The complaint noted on the day of the knife attack, police were dispatched to Wilson Park for a car fire. At the scene, police found the taxi driver's vehicle, which suffered significant fire damage. A witness said he drove to Wilson Park to make some phone calls and take a nap, and he was woken up by a man pounding on his window, who asked for a lighter, which he gave the man. The man then walked toward a vehicle, before coming back and returning the lighter. He said the man asked for something else, but he didn't understand what it was. He said he opened his trunk, thinking the man might need a jack, but the man shook his head and closed the trunk. Ten minutes later, the witness reported seeing a flickering light inside a black Lincoln, which he thought was flames, and believed the man might have been attempting suicide. He said he went over to the vehicle and the man was standing nearby. The witness said he told the man to call 911, and the man did not react, simply looking at the witness and saying, "It's OK. I'm waiting for someone." The witness said he ran and found a park ranger.

The taxi driver and the witness from the park identified Perez as the suspect via a photo lineup, the complaint said.

Perez was in court Monday, Aug. 19 for his initial appearance. Cash bond was set at $50,000, and a preliminary hearing was scheduled for Aug. 29.