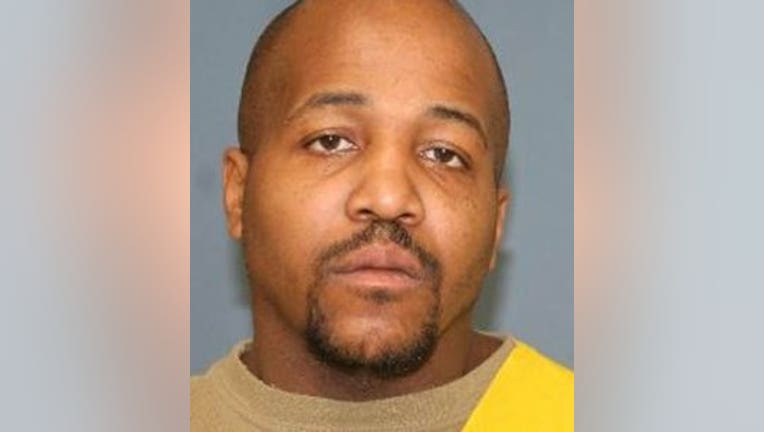 MILWAUKEE -- A Milwaukee man stands accused of raping a woman who indicated she's homeless and sometimes goes to James Beckum Park to sleep. It happened in October 2019, and prosecutors said the suspect was identified through DNA analysis. It happened two years after the suspect was sentenced to jail for the sexual assault of a child 16 or older.

Quin Hale, 33, faces one count of first-degree sexual assault, use of a dangerous weapon, habitual criminality repeater for the crime that happened Oct. 20 at the park near I-43 and Brown Street.

According to a criminal complaint, investigators responded to the emergency room at Columbia St. Mary's Hospital, where they spoke with the victim, 54, who said the attack happened sometime in the late hours of Oct. 19, or early on Oct. 20. She said she had walked into the dugout at the park from 6th Street and Garfield Avenue, setting her bag down and laying down to go to sleep. She said she was startled by a man who said, "Hello." She said she jumped up and noticed a tall man wearing black, including a black scarf covering his face except for his eyes. The woman said she was "terrified" and started crying, as the man told her, "She was gon give him some." She indicated she didn't have any money and noticed a butcher knife in the man's left hand. She said the man ordered her to take her pants off, asking, "Why are you crying? It doesn't matter if you cry. This is still going to happen." She said he blocked the exit from the dugout and raped her -- then telling her, "Thank you." The woman said the man told her if she told anyone about what happened "he was gonna get her."

The woman said she didn't immediately report the sexual assault because she didn't think police would believe her, but pain and fear of an STD sent her to the emergency room, where swabs were taken and sent to the Wisconsin Crime Lab for analysis. Prosecutors said DNA matched that of Hale.

The complaint said Hale told investigators during interviews on Dec. 16 and Dec. 18 that he saw the woman "on the previous Tuesday," but didn't recall seeing her before or after, and never had sex with her.

The victim told investigators she had never seen the man before when she was shown a picture of him.

Online court records showed Hale pleaded guilty in October 2017 to a misdemeanor charge of sex with a child, age 16 or older, habitual criminality repeater. He was sentenced to serve nine months in the House of Correction, and register as a sex offender for two years.

Additionally, an affidavit filed in support of a subpoena for documents along with the criminal complaint in the James Beckum Park sexual assault noted a separate investigation into a Sept. 21, 2019 rape that "bears similarities to this assault" involving a 13-year-old girl. The girl told investigators she was walking near Indigenous People's Park when a black male came up to her, pulled her by her hair, and forced her into a vehicle -- where he raped her. The girl said he wore a black mask and hoodie, and she noticed a "kitchen knife" in the vehicle.

Prosecutors noted in the complaint Hale was convicted and sentenced for attempted robbery with threat of force in Milwaukee County in 2016 -- ordered to serve three years' probation, including seven months' conditional jail time in the House of Correction, and 50 hours of community service.

Online court records showed an arrest warrant was issued for Hale on Jan. 6 in this sexual assault case.