Prosecutors: Man caught riding on hood of vehicle after fight with woman injured officer during arrest

Prosecutors: Man caught riding on hood of vehicle after fight with woman injured officer during arrest 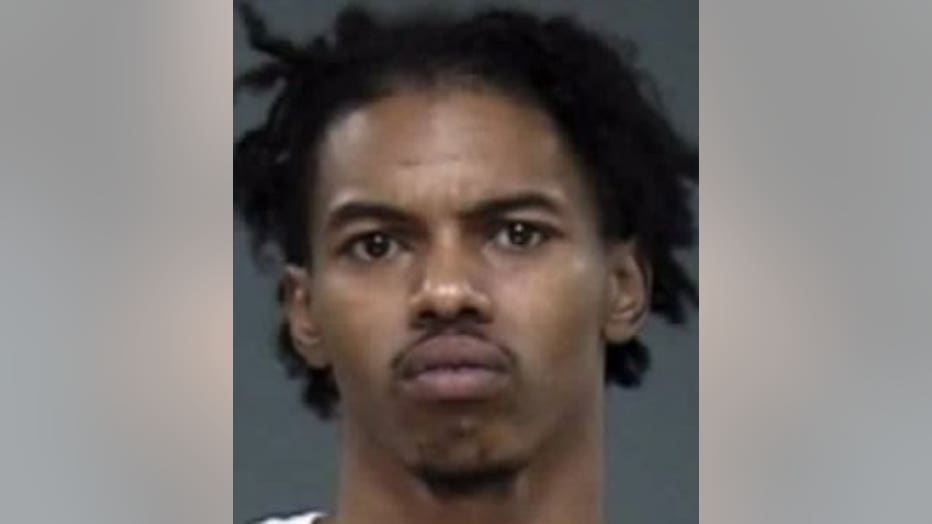 MILWAUKEE -- A Milwaukee man stands accused of injuring a police officer during his arrest after prosecutors said the officer spotted him riding on the hood of a vehicle. This, after a fight with the mother of his children that started because he was five minutes late. Instead of getting his point across, he got a ride to jail.

The entire ordeal was captured by the officer's squad camera.

According to a criminal complaint, around 5:30 p.m. on Oct. 2, a Wauwatosa police officer on official business in Milwaukee was in the parking lot of Save A Lot Foods near 76th Street and Hampton Avenue when he saw a man kneeling on the hood of a moving vehicle while punching the windshield repeatedly. 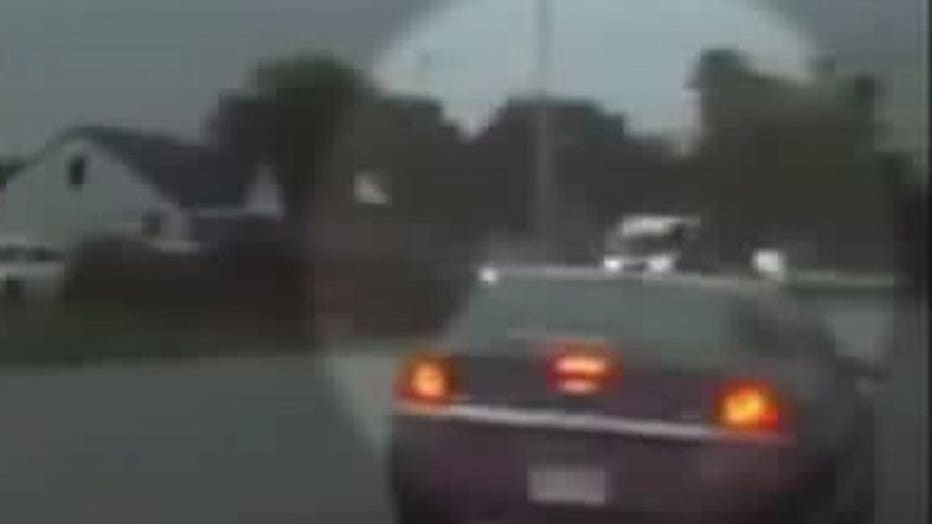 "He saw a guy on the hood of the car as the car goes by, and the guy is pounding on the windshield of the car," said Wauwatosa Police Chief Barry Weber. "This is a clue there is something not quite right."

A traffic stop was conducted, and the man seen on the hood was identified as Taylor. 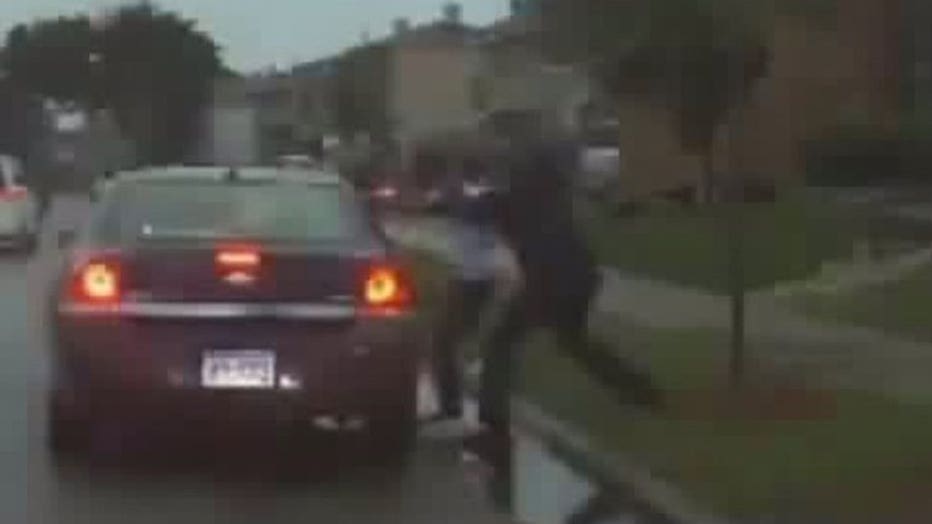 Prosecutors said Taylor jumped off the hood and kicked the passenger side of the vehicle. The officer tried to calm him down, but he continued to yell at the driver -- the mother of his children. When the driver opened a window a few inches to speak with the officer, the complaint said Taylor reached inside and began pulling on the window violently.

"He wasn't going to take a chance on anything happening, especially to that woman who was in the car, so he got involved," said Chief Weber. "He went to get that guy off the windshield and that person immediately started fighting with him."

The officer tried pulling Taylor away from the vehicle, and prosecutors said Taylor "tensed up." The officer tried to "decentralize" Taylor, at which point Taylor slipped his grip and the officer fell to his knees. Taylor then charged the officer in an effort to tackle him, the complaint said. The officer was able to rotate Taylor over him. 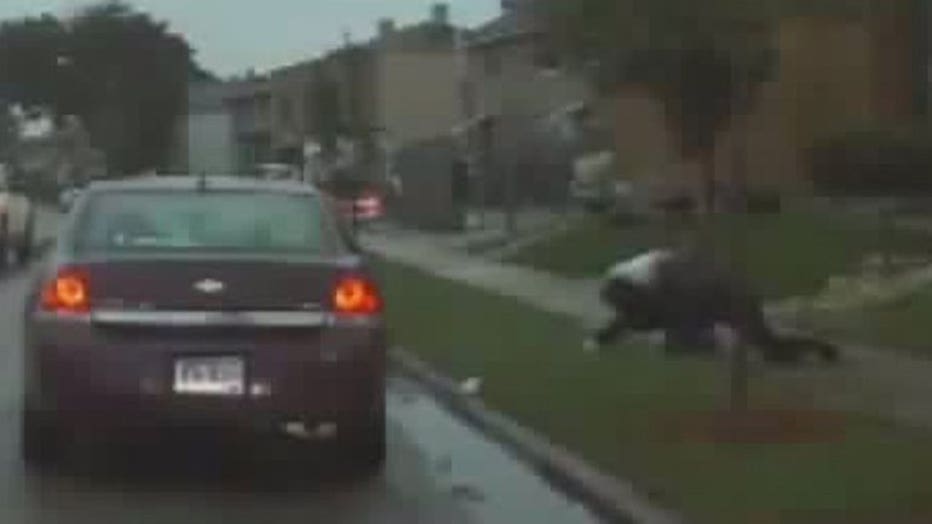 Taylor continued to resist the officer, the complaint said -- hitting him while trying to grab equipment on the officer's duty belt. The officer was eventually able to get Taylor into handcuffs -- helping him stand up. At this point, prosecutors said Taylor tried to pull away again.

"You can see in the video, he wrestled him down," said Chief Weber. "The guy jumps up and attacks the officer again."

The officer suffered multiple cuts and abrasions to his hand and knee. Chief Weber said he was thankful it wasn't worse. 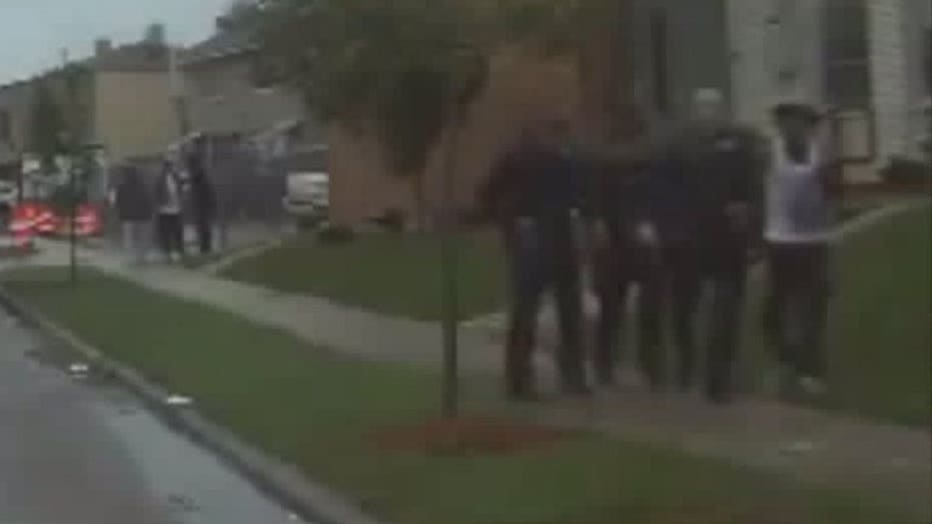 "Anything and everything could happen to him because he gets the guy down, and you don't know if that person is armed, or if he has some sort of weapon, because, at that point, the officer is by himself," said Chief Weber. "That's what we're sworn to do is uphold the law. We expect our officers to do that no matter where they're at."

The mother of Taylor's children told investigators there had been an argument because Taylor was five minutes late to pick up their children. After the argument, she said she left the house and drove away, and "out of nowhere," Taylor jumped on the hood of the vehicle.

Taylor admitted to pounding on the windshield, trying to break the rear passenger window in order to gain entry to the vehicle, and to resisting the officer. He said he "has some anger issues he needs to work on."

An initial court appearance was scheduled for Nov. 14.