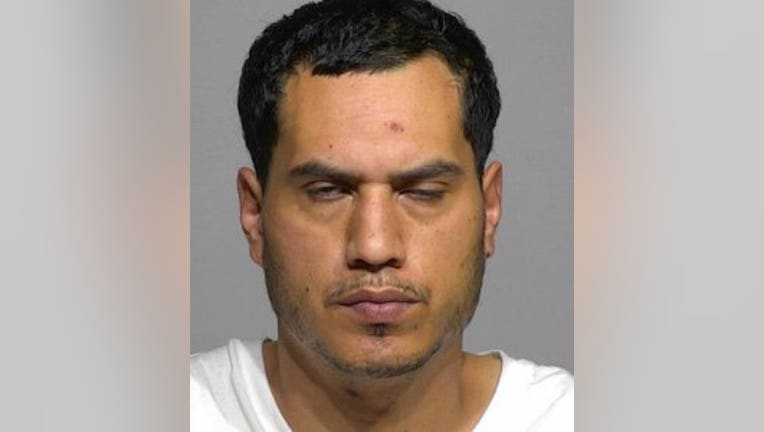 MILWAUKEE -- Charges were filed Friday, June 5 against a Milwaukee man police said admitted to fleeing officers in a vehicle -- traveling at 70-90 miles per hour in a 30 miles per hour zone before slamming into a vehicle driven by a pregnant woman on June 1 near 27th Street and Highland Street. The woman's unborn baby boy did not survive.

According to a criminal complaint, just before 6 p.m. on June 1, officers on patrol near 27th and Atkinson spotted a black 2008 Lincoln MKX being driven recklessly -- and the officers believed it was involved in a shooting on May 30 on North Avenue near Vel Phillips Avenue during which shots were fired during a road rage incident.

Police attempted a traffic stop, and the complaint said the driver fled southbound on 27th Street at a high rate of speed -- blowing an estimated five red lights at 70-90 miles per hour in the 30 miles per hour zone.

The driver, identified as Salinas, lost control while trying to turn west on Highland, prosecutors said. The Lincoln then collided with a Nissan Maxima driven by a woman who was 32 weeks pregnant. She had to be extricated, and was taken to the hospital for treatment of a shattered pelvis -- where her unborn baby boy died in surgery. Three others who were in her vehicle suffered minor injuries, prosecutors said.

According to the complaint, Salinas, a convicted felon who was on parole at the time of this incident, discarded a firearm during a foot chase after the crash. After his arrest, the complaint said investigators found 968 grams of THC in the glove box of the Lincoln.

During an interview the next day, prosecutors said Salinas confessed to reckless driving, blowing red lights, striking the other vehicle, fleeing the scene -- that the firearm was his, and that the THC was his.

Cash bond was set at $75,000 during an initial court appearance Friday. A preliminary hearing was set for June 12.