MILWAUKEE - A Glendale man stands accused of firing shots into a vehicle following a minor crash near 6th Street and Galena on Sept. 19, causing injuries that killed a 16-year-old boy. Prosecutors say Davante Doss admitted to firing shots into the vehicle the victim was riding in after he was "sideswiped." According to court documents, Doss shouldn't have had a gun that day because of a domestic violence injunction prohibiting him from possessing a firearm until 2026. 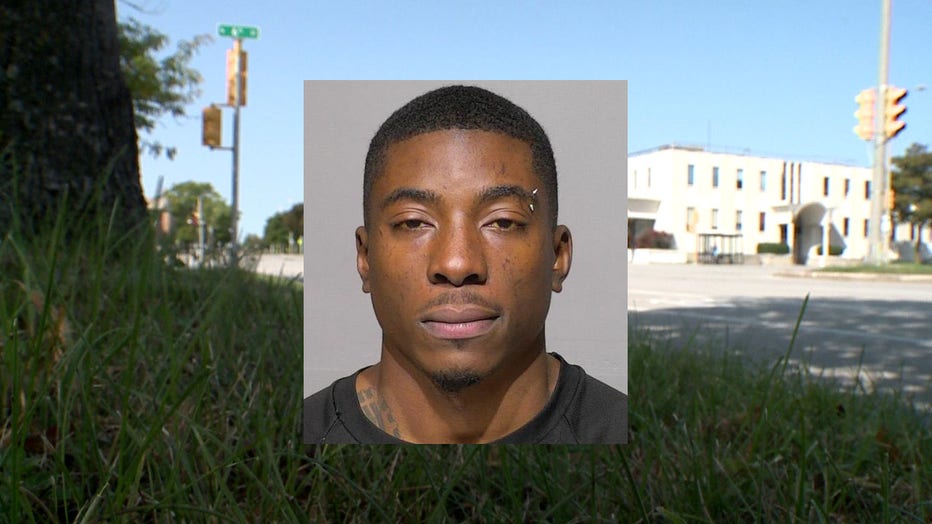 According to a criminal complaint, a Milwaukee County Transit System driver witnessed the shooting, and surveillance cameras on the bus captured it.

Investigators spoke with the person who was driving the vehicle Guzman was in when he was shot. That person said they were driving to Swing Park when a vehicle came up fast in the left lane, and the two vehicles collided on the driver's side of the victim's vehicle. This witness said he believed the collision was minor and believed the other driver was to blame. He pulled over, and the person who got out of the other vehicle yelled, "Bro, you hit my (expletive) car," before firing several shots into the vehicle, the complaint said. The witness then drove off and realized Guzman had been hit.

Surveillance video from the bus captured the crash and shooting, showing a side mirror flying off after the collision; the cameras soon capturing the sound of gunfire. Additionally, a nearby license plate reader captured the license plate number from the suspect's vehicle -- traced to the Motel 6 in Glendale. That's where Doss was arrested, and prosecutors say investigators recovered a rifle from the trunk consistent with the weapon fired during the homicide.

The complaint said Doss admitted to being the shooter in this incident after he was "sideswiped." He said he yelled at the other driver, and that person made a hand motion, showing an object, so Doss believed that person was going to get out of their vehicle. Doss said he fired into the vehicle "just to scare them," and said he had the rifle for protection after being robbed.

Prosecutors noted Doss could not possess a firearm until 2026 per a domestic violence injunction from October 2016.

Additionally, he was convicted of felony bail jumping in March 2018 and therefore prohibited from possessing a firearm.