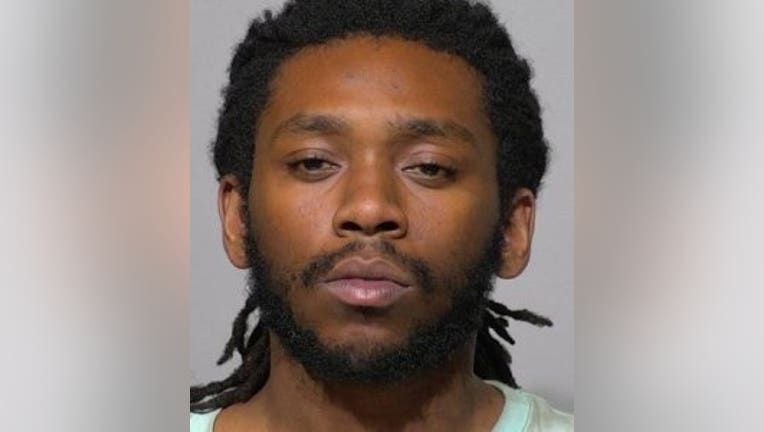 MILWAUKEE COUNTY -- An Indianapolis man is accused of stealing three diamond rings from three jewelry stores in three months in the Milwaukee area, and prosecutors said he admitted to the crimes. The convicted felon was arrested in Milwaukee with a pistol and a diamond ring in his possession, according to prosecutors.

A criminal complaint detailed three crimes in May, June, and July in Glendale and Wauwatosa, and Dodd's arrest in July in Milwaukee.

The first crime took place on May 18 at Kay Jewelers at Bayshore Town Center in Glendale. An employee said she was helping a customer who asked to see a diamond ring -- a Leo Diamond. The employee brought the ring out from a display case and put it into another display, and the complaint said the man then removed the ring from the display and placed it in his pocket. When asked to give it back, the complaint said he denied having it. When he was told police would be called, he ran from the store with the ring, valued at nearly $6,000.

The complaint said Dodd admitted to taking the ring from Kay Jewlers -- gambling it in a dice game that he lost.

On June 5, police were called to Rodgers and Hollands at Mayfair Mall in Wauwatosa, where an employee indicated a customer wanted to purchase a ring and a pair of earrings. As she began to ring up his items, the complaint said he indicated he want to compare the ring to another ring he was going to purchase to another ring. When they got to the display case, the customer asked for the ring back, and he denied having it. When she said she was going to call security, the man left with the 1.25 carat diamond ring, valued at more than $7,000.

The complaint said Dodd admitted to taking this ring, and said he planned on giving it to his girlfriend, but it was taken from him in a robbery.

On July 1, police were called to Zales at Mayfair Mall, where an employee said she was helping a customer who wanted to look at diamond rings for his fiancee. When she asked for the ring back, he denied having it, and eventually left the store with the 1.95 carat diamond ring, valued at more than $16,000. When Dodd was arrested on July 2, the complaint said this ring was located on him.

The complaint said Dodd admitted to taking this ring, and said he went to the store knowing he was going to take a ring to give to his girlfriend.

Finally, on July 2, police were called out to the area near 6th Street and Garfield Avenue in Milwaukee, for a complaint regarding a person with a firearm. A woman identified that person as Timothy Dodd, who was found walking in the area. When officers approached, he fled from the officers, the complaint said. However, the officers caught up to him and arrested him. A pistol was found in his shorts, along with a diamond ring with two tags on it. This was the ring taken from Zales at Mayfair Mall on July 1. The complaint said Dodd indicated he had the pistol "for protection."

Dodd made his initial appearance in court on July 6. Probable cause was found for further proceedings, and cash bond was set at $1,250. A preliminary hearing was scheduled for July 12.

Online court records showed he was charged with retail theft -- intentionally taking greater than $500 to $5,000 out of Milwaukee County on June 14. He was also in court in that case on July 6. Cash bond was set at $1,250 and a preliminary hearing was set for July 12.