Outside of the Sheboygan County Courthouse on Tuesday, fear over a proposed public health ordinance was felt by protesters. Payne also said he has already received dozens of calls and emails in protests to the ordinance, which was drafted Friday.

Payne said a false report that originated on Sheboygan radio earlier this week spread like wildfire online. That false reported included rumors that health officials would mandate a COVID-19 vaccine if one becomes available -- something Payne said is "totally false." 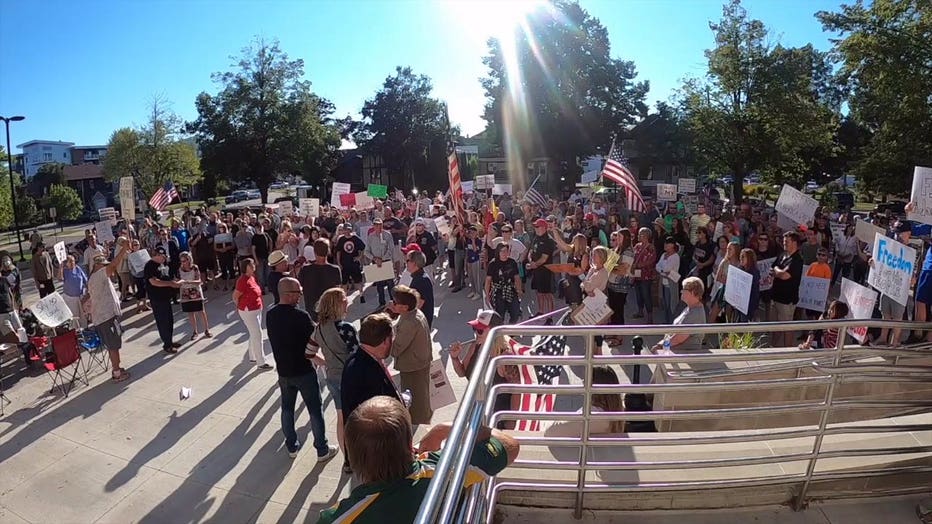 Sheboygan County Ordinance No. 03 makes no mention of a vaccine. Instead, it would give the county's public health officer the authority to implement restrictions -- for example, forbidding public gatherings when necessary to prevent the spread of COVID-19.

"They also say it’s not about forced vaccinations or radical things like that. Let me remind you, last Christmas when you were celebrating, a mask mandate was a laughable thing," Dan Jones, who opposed the proposed ordinance, said.

During a county board meeting, 10 community members spoke out against the proposal. 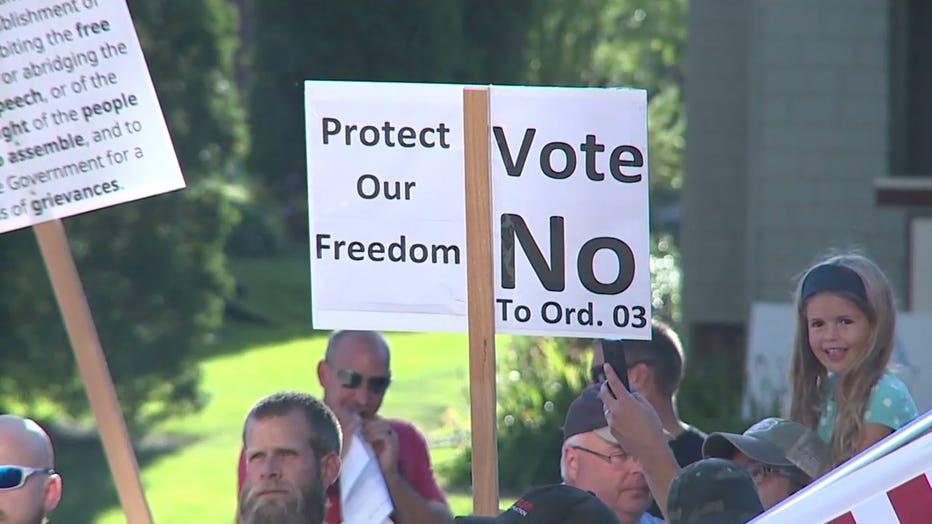 "We need to maintain our rights to decide what is best for our own health," said Suzanne Speltz.

The proposal was ultimately referred to the executive committee for review before it returns to the county board for discussion and possible action next month.

Under the proposed ordinance, those who violate an order from the county's public health officer could be fined $25 for the first offense, $50 for the second and $100 for the third or following offenses.