VATICAN CITY — Prince Charles has given Pope Francis a picnic basket full of tea and chocolate, sheepishly admitting "It's impossible to know what to get Your Holiness!"

Charles and his wife, Camilla, offered the gift at the end of a half-hour meeting Tuesday at the Vatican, the fourth day of their Brexit-inspired charm offensive to reassure Britain's allies. The British embassy said the food from the Highgrove royal estate was meant to be shared with the poor.

Francis, for his part, gave the royals a bronze olive branch and copies of his main teaching documents on the environment and family love.

As they bid farewell, Camilla shook the pope's hand and quipped: "My husband talks a lot. I wasn't allowed to get a word!" 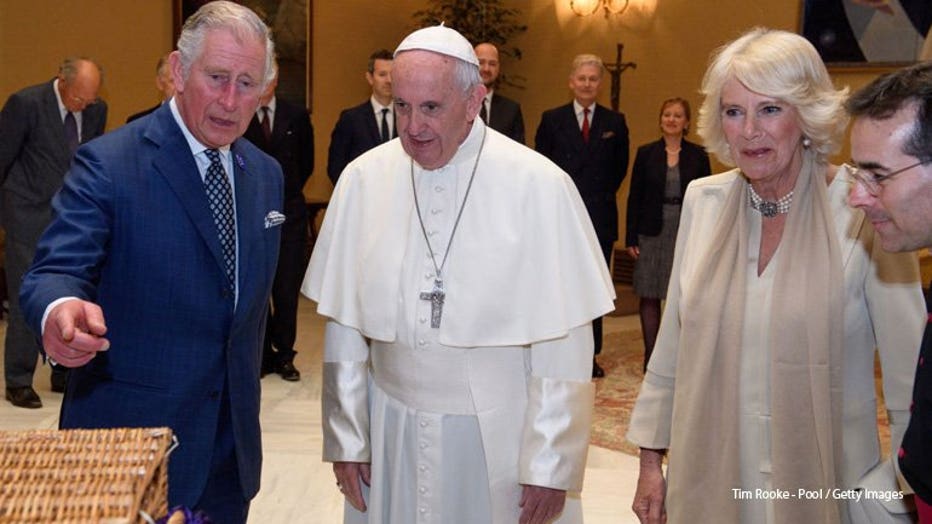