MILWAUKEE - Milwaukee County was almost to the end of its presidential recount on Wednesday, Nov. 25. Workers had counted mostly all of the 460,000 ballots.

Then a problem was discovered.

The city of Milwaukee's recount tally was 65 votes short of the numbers counted on election night. That led to a search to find those missing ballots.

"We searched our reconstructive ballots, our blank ballots and we could not find them there. We went back to our warehouse and located them in the voting machine where it appears that the chief left them. We have not yet counted those ballots to ensure that they are all accounted for, but we did locate ballots in the voting machine," said Claire Woodall-Vogg, executive director of the Milwaukee Election Commission.

The former executive director, Neil Albrecht, who still works for the city, found the ballots left in that voting machine at the City of Milwaukee election warehouse. The ballots will be counted on Friday.

It's not the first time ballots were found this week. The City of Milwaukee discovered nearly 400 unopened ballots on Nov. 24. The Milwaukee County Board of Canvassers unanimously agreed that those 386 ballots should be counted during this recount.

When problems like these come up during the recount, it is presented to the Board of Canvassers, who then decide what to do. In one case, a vote marking was not in the bubble, but still within the box, for Biden.

"I would note that the marks in the other boxes appear to be irregular throughout this ballot," said Democrat Tim Posnanski of the Milwaukee County Board of Canvassers.

In that instance, the board's two Democrats voted to allow the vote to be counted, while its third member, a Republican, voted no.

"They were able to find the ovals for all the other elections, and it is understandable that it looks like a stray mark. I don’t believe the intent is there," said Rick Baas, a Republican. 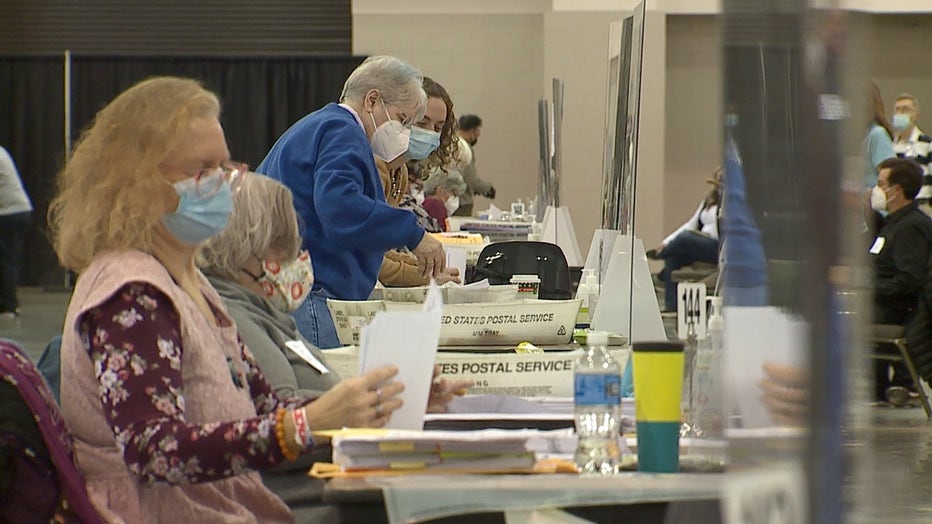 During these days of counting, each recount table has been under the watchful eyes of observers -- one supporting Biden and one supporting President Trump -- but not their cameras.

"If individual observers or media is able to take a picture that could identify personal information of a voter, that's obviously not acceptable," said Milwaukee County Clerk George Christenson.

"I believe the board is treating that, staff is treating that inconsistently, with the rights of observers to take photographs in the same way," Joe Voiland, a Trump campaign attorney, said of the media's ability to capture images of the recount. 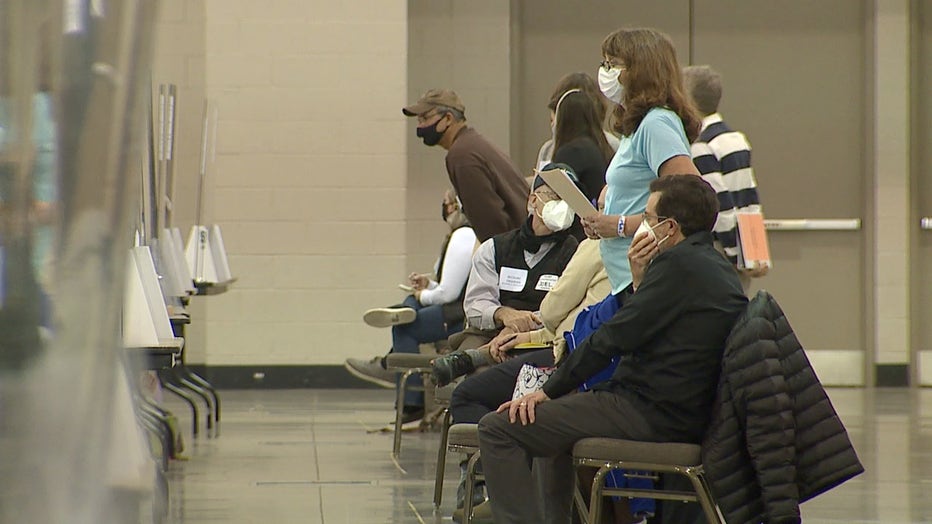 Wednesday's complaint was made regarding Milwaukee Election Commission Executive Director Claire Woodall-Vogg -- who allowed a photographer to capture her work.

"Being the director of the commission, I’m aware of what’s protected of my voters, and not protected, so I apologize for any conflict that I have created," Woodall-Vogg said.

Election officials on Wednesday provided an update on the presidential recount process and progress in Milwaukee County.

The campaign raised objections that the media could get photos of the addresses on ballot envelopes. One table that held segregated ballot envelopes was close to where news cameras were set. That table was then moved.

The Trump campaign succesfully requested that two types of ballots be segregated. On the first day of the recount, the Board of Canvassers agreed to set apart those ballot envelopes from people who are indefinitely confined and thus exempt from the state's photo ID law; and a second group, where the ink color on the witness address and signature are different -- indicating the clerk fixed it, a policy the Wisconsin Elections Commission has allowed for years.

The Trump campaign is raising objecting about those votes.

Overall, President-elect Joe Biden's statewide lead has shrunk by a net 52 votes. That is because sometimes votes are thrown out or, like on Tuesday, a city finds uncounted ballots.

Election officials always intended to take Thanksgiving off. After the city of Milwaukee finishes counting its final ballots on Friday morning, the Board of Canvassers will meet that same day to certify the final recount results. Dane County, the only other county in the state the Trump camp requested recount their ballots, may finish by Sunday, a few days away from the December 1st deadline.