WASHINGTON — President Donald Trump will use next week’s State of the Union to promote what he calls the “Great American comeback,” according to a senior administration official.

The speech comes at a moment when President Trump is hoping to put his Senate impeachment trial behind him. White House officials say President Trump wants to use the nationally-televised address to highlight his administration’s efforts to bolster the economy, tighten immigration rules and lower prescription drug costs just as his reelection effort accelerate.

“I think it’s safe to say the speech will celebrate American economic and military strength and present an optimistic vision of America's future,” said the senior administration official, who briefed reporters on the broad outlines of the speech that President Trump is scheduled to deliver before a joint session of Congress Tuesday. 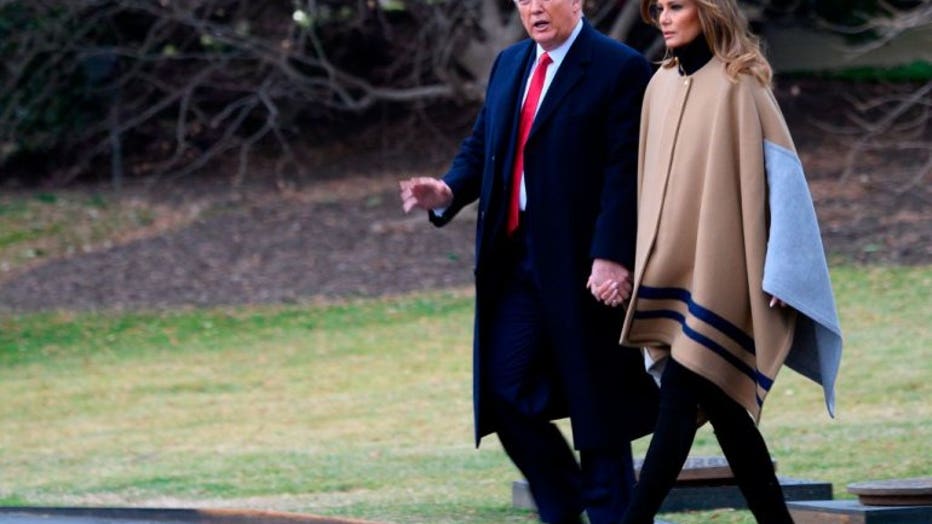 But for the second straight year, President Trump will deliver his speech with a cloud over his presidency as his Senate impeachment edges to a rancorous close. Last year, President Trump was forced to postpone his speech because of the longest government shutdown in the nation's history triggered by bitter partisan battle over his push for funding for his border wall along the U.S.-Mexico border.

President Trump appeared headed for an all-but-certain impeachment acquittal as senators prepared on Friday to reject efforts to call more witnesses to testify about his efforts to pressure Ukraine's president to investigate former Vice President Joe Biden and his son's business dealings in the Eastern European nation.

But as the trial wraps up, Washington is bitterly divided. Democrats claim that Republicans refusal to allow witnesses, has undercut the fairness of the trial. Meanwhile, most Republican senators_even those who say that President Trump acted inappropriately in pushing a foreign leader to investigate a domestic rival_have indicated they don’t believe President Trump’s actions warranted removing him from office.

The official who briefed reporters on President Trump’s State of the Union preparations declined to comment on how President Trump will address impeachment. His predecessors traditionally have tried to use the annual address as a platform to try to offer a unifying message to the country.

In recent days, President Trump has spoken out bitterly about what he calls a “hoax” trial pushed by his Democratic opponents.

But White House officials stressed Friday that the president was determined to offer an “optimistic” message with his address and believe that he could strike a chord with Americans by highlighting the strength of economy under his watch.

“I've heard the President say in a public forum .... that he always thought America could unite around success,” the administration official said.

President Trump has invited U.S. Army veteran Tony Rankins, who has battled post-traumatic stress disorder and battled drug addiction, and Raul Ortiz, a deputy chief of the U.S. Border Patrol, to be two of his guests at the speech, the official added.