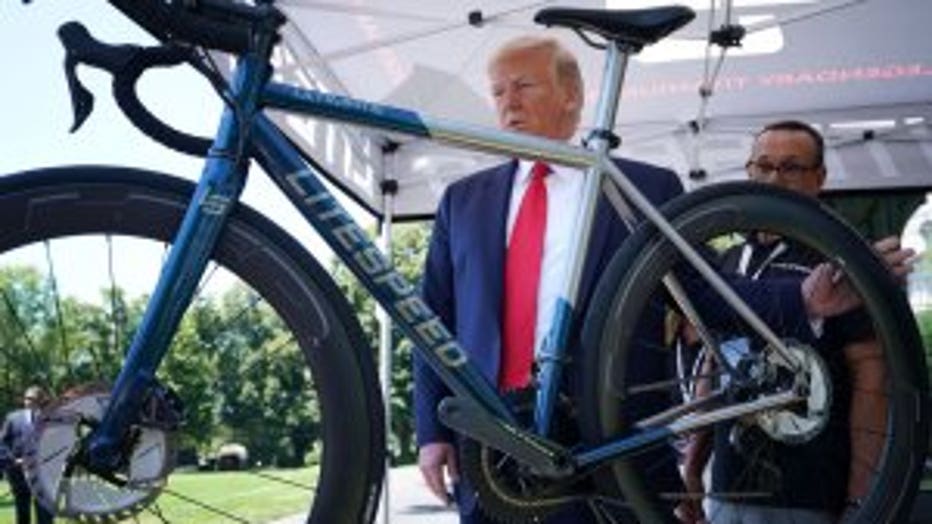 WASHINGTON, DC - JULY 15: U.S. President Donald Trump takes a look at a $13,000 handmade bicycle by Litespeed Bicycles of Tennessee during his 'Made In America' product showcase at the White House July 15, 2019 in Washington, DC. Trump talked with Am

The order strengthens the standards that federal agencies must follow under the Buy American Act, which creates a preference for American-made goods.

President Trump said his order will gradually boost the percentage of U.S. components for qualifying American-made products from 50 percent to 75 percent. He said the threshold would increase to 95 percent for iron and steel products.

"The philosophy of my administration is simple. If we can build it, grow it or make it in the United States, we will," President Trump said.

The president signed the order during an annual White House "Made in America" showcase. Manufacturers from all 50 states were represented. 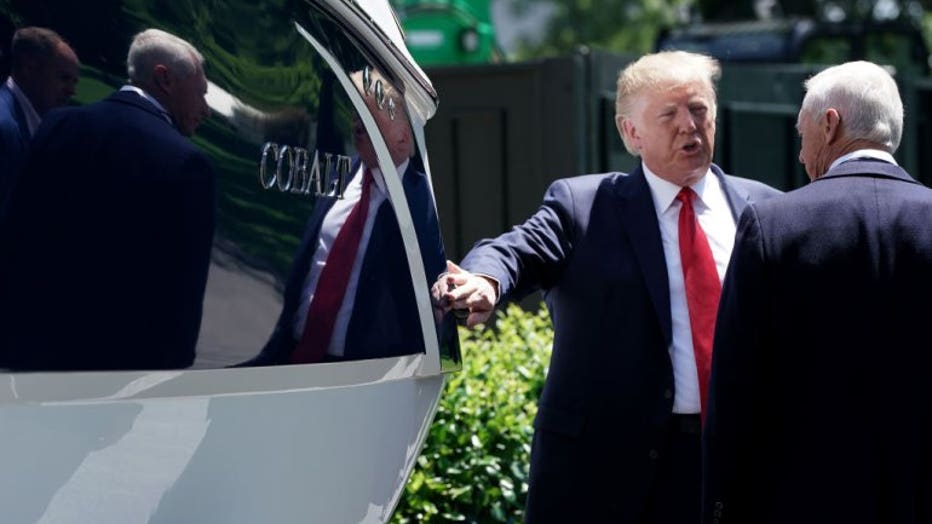 WASHINGTON, DC - JULY 15: U.S. President Donald Trump knocks on the hull of a Cobalt power boat as he tours his 'Made In America' product showcase at the White House July 15, 2019 in Washington, DC. Trump talked with American business owners during t

President Trump has made it a priority to boost U.S. manufacturing. Even so, the nation's trade deficit has continued to grow under his watch, widening to a decade-long high of $621 billion in 2018.

President Trump said foreign countries have been allowed to "steal our jobs and plunder our wealth" in previous administrations. He also used the event to highlight tariffs he's imposed on China, saying China has paid a big price economically as a result of the tariffs.

It's unclear though how the trade dispute will be resolved. He also acknowledged that it's unclear how a new trade agreement he negotiated with Canada and Mexico will fare in the Democratic-controlled House. Democrats want to strengthen enforcement of the agreement's labor and environmental obligations.

"We have to get the Democrats to pass it. They may or may not depending upon how they feel politically," President Trump said. "It's all politics, unfortunately."