WASHINGTON (Nexstar) – A new law designed to help veterans get back on their feet and into careers in science, technology, engineering and math – or STEM for short – was signed into law by the president.

“One of the hardest things that veterans face when they come out of military service is finding a job where they can raise their families,” Sen. Marco Rubio (R-FL) said.

Rubio introduced a bill last year that would direct federal agencies, including the National Science Foundation, to help veterans find jobs in the STEM workforce.

“We have a lot of veterans with preexisting knowledge on those fields, maybe even worked with some of the most complicated machines in the world. It seems like a natural fit to push that forward,” Rubio said. 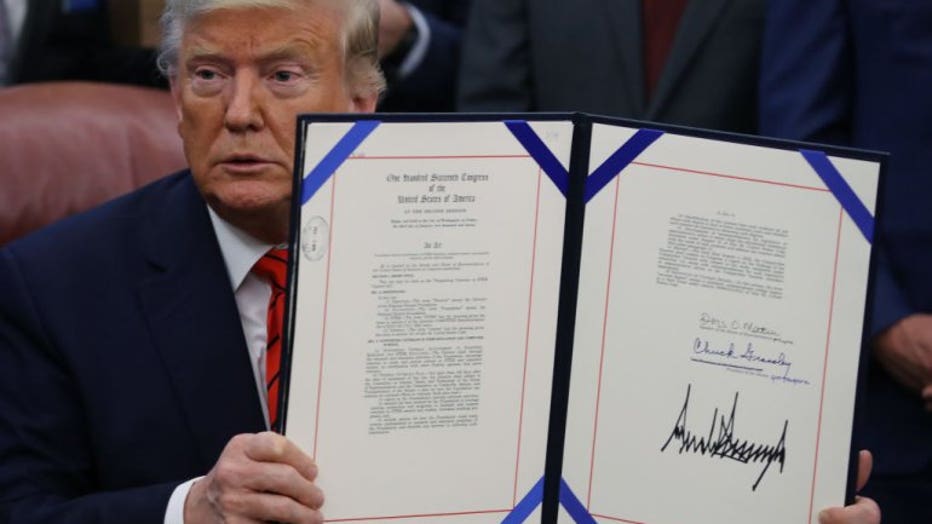 WASHINGTON, DC - FEBRUARY 11: U.S. President Donald Trump signs the Supporting Veterans in STEM Careers Act, in the Oval office at the White House on February 11, 2020 in Washington, DC. President Trump also spoke to reporters on the topic of Roger S

President Donald Trump signed Rubio’s bill into law at the White House on Tuesday. It had bipartisan support even from some Democrats running against the President in 2020.

When the act passed the House in January, cosponsor Sen. Amy Klobuchar (D-MN) said, “by supporting veterans through STEM career training, we not only help them to succeed, but also to strengthen our nation and our economy.”

The bill has the support of tech companies like Samsung, TechNet and Verizon.