WASHINGTON — On his third Sept. 11 anniversary as president, Donald Trump on Wednesday remembered the victims, first responders and U.S. troops that have battled in Afghanistan, and he unleashed threats against militants contemplating another attack on America.

"If anyone dares to strike our land, we will respond with the full measure of American power and the iron will of the American spirit and that spirit is unbreakable," President Trump said at the Pentagon.

It has been 18 years since al-Qaida hijackers commandeered four U.S. commercial airliners and crashed them into the World Trade Center, the Pentagon and a field in Shanksville, Pennsylvania. Like Presidents Barack Obama and President George W. Bush, President Trump marked the day with the war still raging. 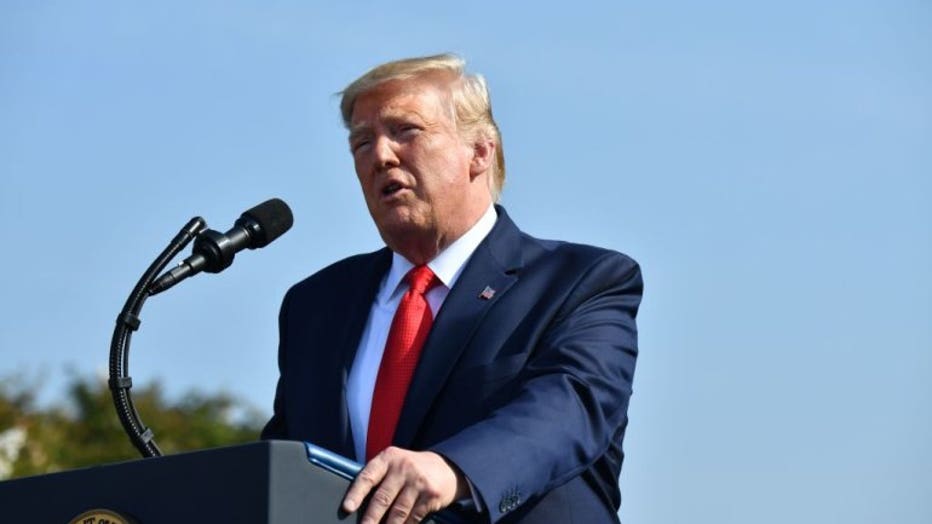 US President Donald Trump speaks at a ceremony marking the 18th anniversary of the 9/11 attacks, on September 11, 2019, at the Pentagon in Washington, DC. (Photo by Nicholas Kamm / AFP)

"If for any reason, they come back to our country, we will go wherever they are and use power the likes of which the United States has never used before and I'm not even talking about nuclear power," President Trump said without elaborating on what he meant. "They will never have seen anything like what will happen to them."

He spent most of his speech at the Pentagon remembering those immediately affected by the attacks, which killed nearly 3,000 people.

"For the families who join us, this is your anniversary of personal and permanent loss. It's the day that has replayed in your memory a thousand times over. The last kiss. The last phone call. The last time hearing those precious words, 'I love you,'" said President Trump, who began the day observing a moment of silence on the South Lawn with first lady Melania Trump and White House staff.

"Then the attack, the anguish of knowing your family member had boarded one of these flights or was working at the World Trade Center or serving right here at the Pentagon. You waited. You prayed. You answered that most dreaded call, and your life changed forever."

President Trump was running behind schedule and arrived late to the Pentagon where he was greeted by Defense Secretary Mark Esper and placed a wreath of red, white and blue flowers at the memorial site.

The moment of silence at the Pentagon is traditionally observed at 9:37 a.m., the time when a plane was flown into the building. But this year, the anniversary was observed 10 minutes late, at 9:47 a.m.

Members of Congress held their own moment of silence on Capitol Hill. Vice President Mike Pence delivered remarks at a commemorative service in Shanksville.

Less than a month after the terror attacks, Bush announced on Oct. 7, 2001, that U.S. and British troops had begun striking Afghanistan for harboring the al-Qaida terrorists blamed for 9/11. The massive air campaign initially targeted troops, training camps and air defenses of the Taliban, which ruled Afghanistan under a harsh version of Islamic law from 1996 and hosted Osama bin Laden as he masterminded the Sept. 11 attacks.

For nearly a year, U.S. envoy Zalmay Khalilzad has been negotiating with the Taliban on issues including a U.S. troop withdrawal and Taliban guarantees to keep Afghanistan from again becoming a launch pad for global terror attacks. Those talks came to an abrupt halt last weekend when President Trump tweeted that he had canceled a proposed meeting with the Taliban and members of the Afghan government at the Camp David presidential retreat in Maryland. 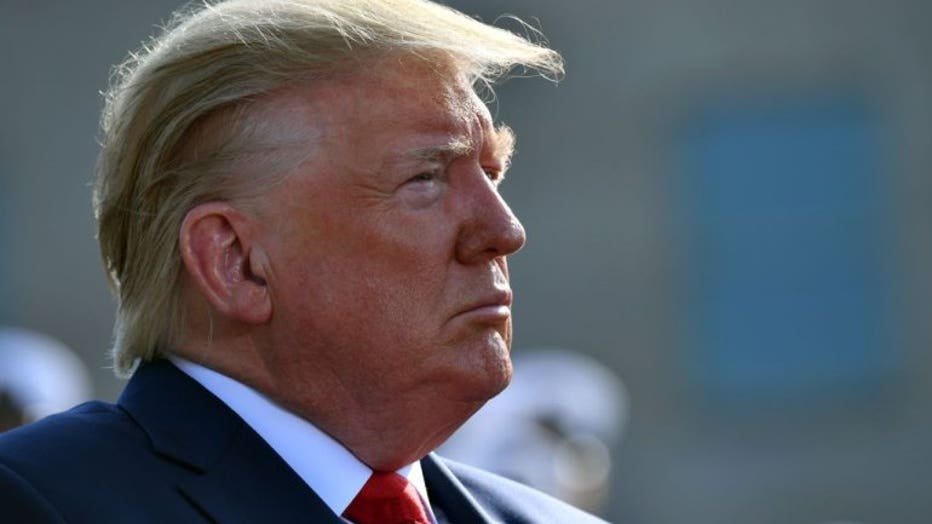 US President Donald Trump attends a ceremony marking the 18th anniversary of the 9/11 attacks, on September 11, 2019, at the Pentagon in Washington, DC. (Photo by Nicholas Kamm / AFP)

Many fear his cancellation of negotiations will bring more carnage as the U.S. and Taliban, as well as Afghan forces, step up their offensives and everyday people die in the crossfire.

It's unclear if the U.S.-Taliban talks will resume, but President Trump has said he wants to withdraw about 5,000 of the 14,000 U.S. service members still in Afghanistan. More than 2,400 American service members have been killed in the conflict.

The U.S.-led NATO combat mission ended in 2014, but the allied forces continue to train, advise and assist the Afghan security forces and conduct counterterrorism attacks against al-Qaida and Islamic State militants.

President Trump campaigned for president on a pledge to withdraw U.S. troops from Afghanistan.

The top Democrats vying for the nod to challenge President Trump in 2020 also have called for the removal of U.S. troops, though they have offered different timetables and parameters for any such withdrawal.

Former Vice President Joe Biden and Massachusetts Sen. Elizabeth Warren have said they would ensure American combat forces return from Afghanistan during their first term, while California Sen. Kamala Harris and Vermont Sen. Bernie Sanders have lauded that timeframe but stopped short of full commitment to it.