“Let's call this a peaceful protest, that way we can do whatever we want," President Trump said. 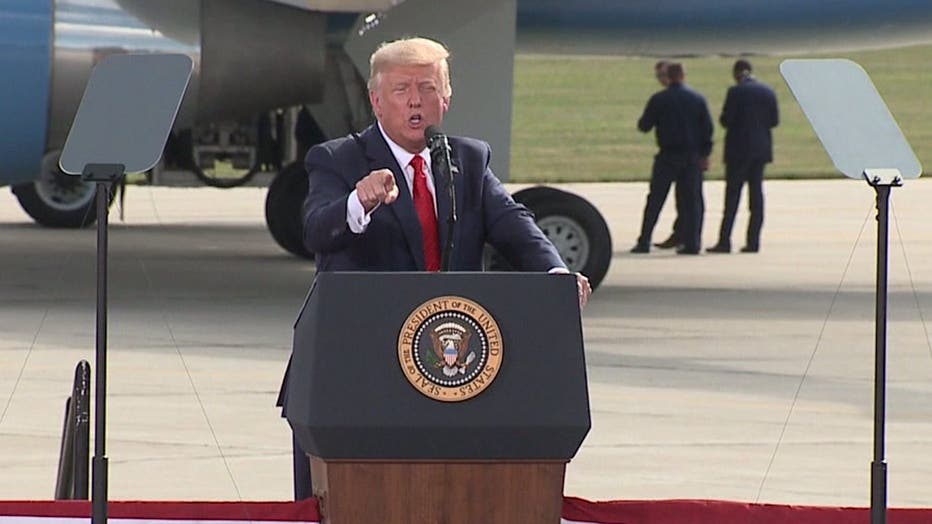 The president criticized the left for supporting large protests over racial justice while condemning his campaign rallies. 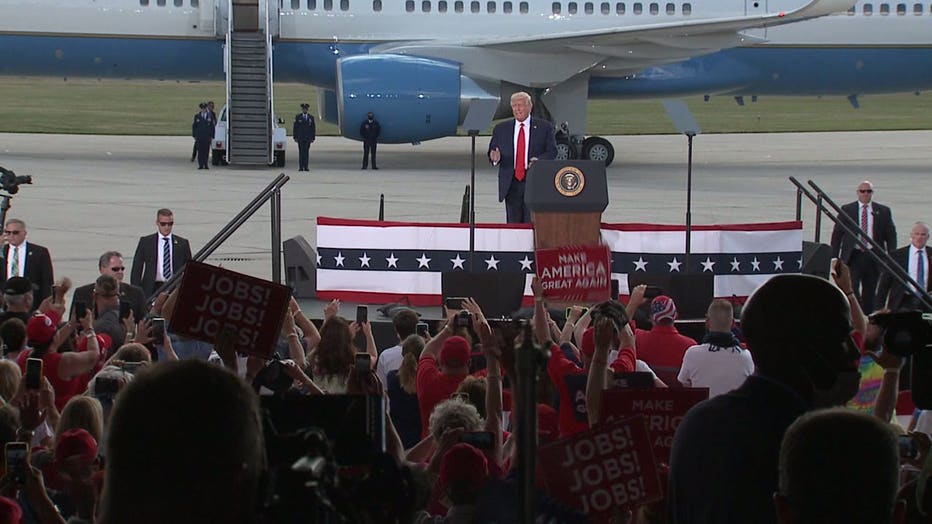 He said he returned the favor by passing economic policies that increased jobs and opportunities for Wisconsin families.

"Under our Paycheck Protection Plan, we saved more than 1 million Wisconsin jobs," he said.

President Trump said when Wisconsin votes to keep in him in the White House, they can expect more of the same.

"This November, the voters of Wisconsin will not surrender their state to the radical left. In 40-plus days, we are going to win the state of Wisconsin, and have four more years," he said. 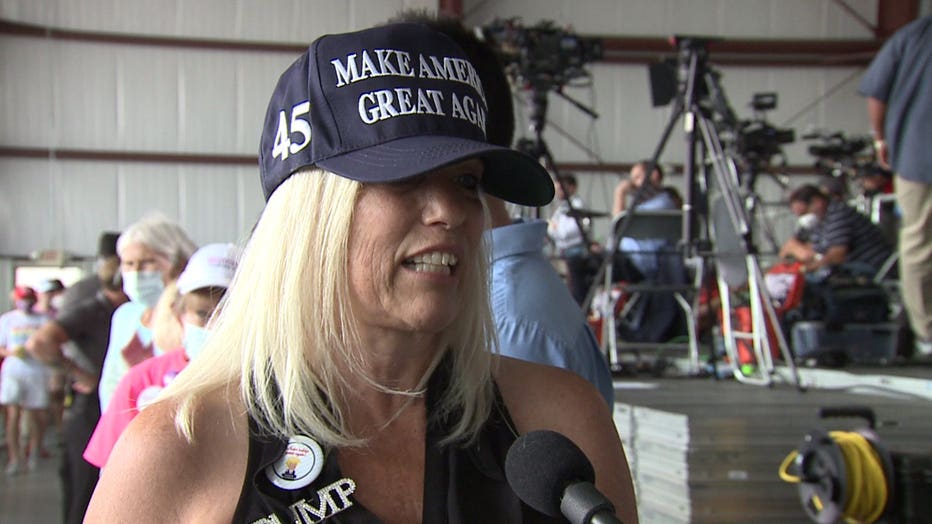 "I love Trump. I love what he's doing for our country," Tina Pridemore said.

The presidents' supporters, who filled a Wittman Regional Airport hangar, said it was important to hear directly from their candidate. 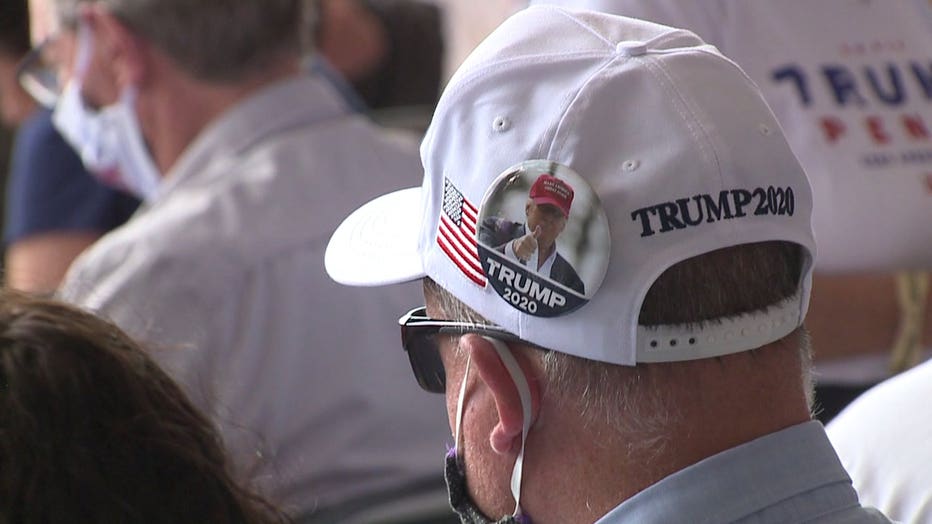 "Very important. There are so many people who want to hear from him and love the idea that he is coming here to Wisconsin again," Pridemore said.

And they said it was even more important, for him to share his message, in person here in Wisconsin.

“It’s a handful of states, and this is one of them, and it's critical. You gotta, just like, you know, in your business, you gotta fight for every vote,” said Trump supporter Joseph Scala.

Republicans plan to spend a lot of time here in Wisconsin while Democrats hold their convention virtually.

A Trump surrogate will be in Milwaukee Tuesday. The vice president will make a stop in Darien on Wednesday.

'Not welcome in this town:' Protesters aim to drown out President Trump in Oshkosh

'We handled it,' President Trump says of COVID-19 pandemic during stop in Oshkosh

Vice President will visit Darien on August 19, his office announced on Friday.