WASHINGTON — President Donald Trump on Thursday honored an Oscar-winning actor, a bluegrass-country singer, a conservative think tank and others with two of the most prestigious national awards in the arts and humanities.

It was the first time during his nearly three-year-old presidency that President Trump has awarded the National Medal of Arts and National Humanities Medal.

Honorees included Jon Voight, one of the few Hollywood actors who is an outspoken backer of President Trump. Voight, one of four winners of the National Medal of Arts, later accompanied President Trump to Dover Air Force Base in Delaware to pay tribute to the remains of two U.S. service members who were killed in a helicopter crash in Afghanistan this week. 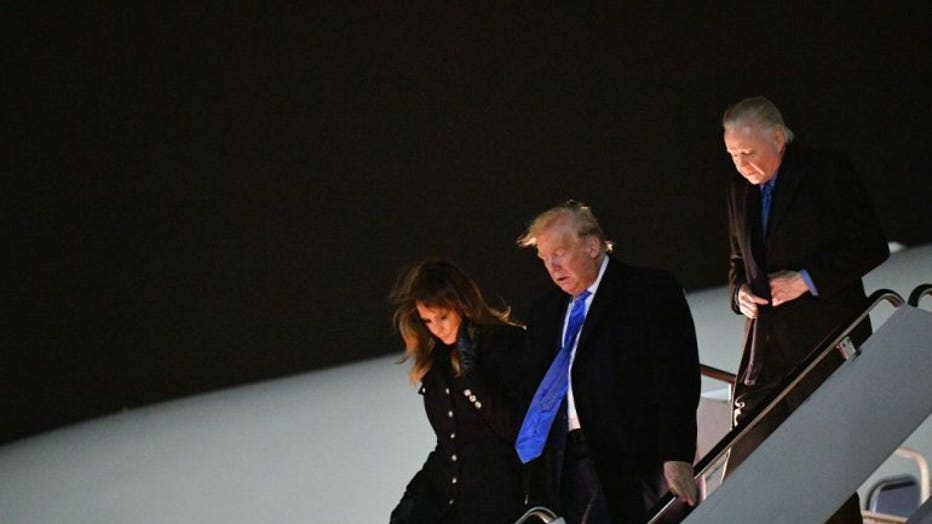 US President Donald Trump and first lady Melania Trump, followed by actor Jon Voight who received the National Medal of Arts earlier today, step off Air Force One upon arrival at Andrews Air Force Base in Maryland on November 21, 2019. (Photo by MAND

The White House ceremony marked a rare warm moment between artists and President Trump. The president has had a chilly relationship with a broad swath of Hollywood and the arts world, which have shunned President Trump over his immigration policies, his Supreme Court picks, his administration’s efforts to roll back abortion rights and other issues.

“Each of today’s recipients has made outstanding contributions to American society, culture and life,” President Trump said. “They exemplify the genius, talent and creativity of our exceptional nation.”

Voight, who stars in the Showtime drama “Ray Donovan,” won the best actor Oscar for his portrayal of a troubled Vietnam War veteran in the 1978 film “Coming Home” and starred in the 1969 Oscar-winning best picture “Midnight Cowboy.”

The other recipients of the National Medal of Arts were Alison Krauss, a Grammy-winning bluegrass-country musician; Sharon Percy Rockefeller, the CEO of Washington’s flagship public television and radio stations; and the musicians of the U.S. military. 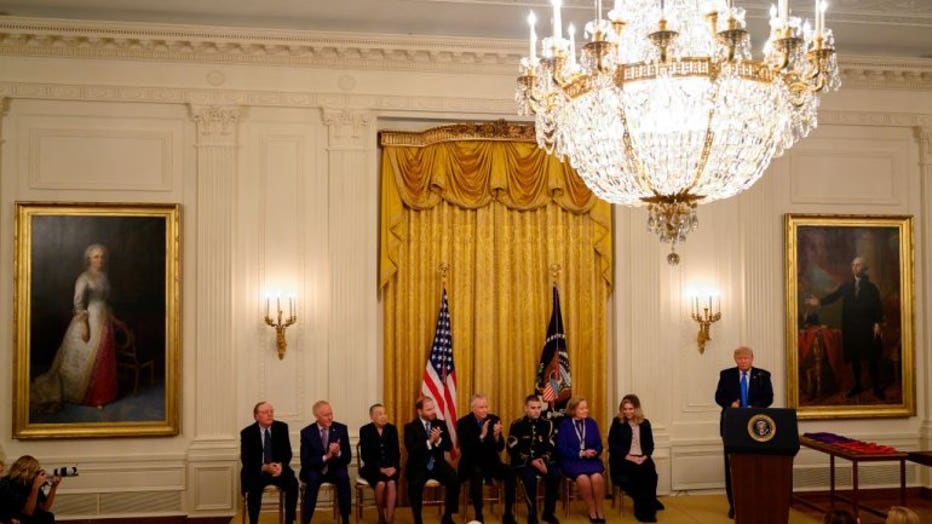 US President Donald Trump speaks during a ceremony to award the National Medal of Arts and National Humanities Medals in the East room of the White House on November 21, 2019. (Photo by Andrew CABALLERO-REYNOLDS / AFP) (Photo by ANDREW CABALLERO-REYN

The National Humanities Medal recipients were Teresa Lozano Long, a Texas philanthropist; Patrick O’Connell, the chef and proprietor of the restaurant The Inn At Little Washington in Virginia; mystery writer James Patterson; and the Claremont Institute, a conservative think tank based in California.