KENOSHA, Wis. - Attorney General William Barr and President Donald Trump during a visit to Kenosha Tuesday, Sept. 1 announced $41 million in grant awards to the state of Wisconsin and local jurisdictions within the state "to address a surge in community violence and ongoing civil unrest." 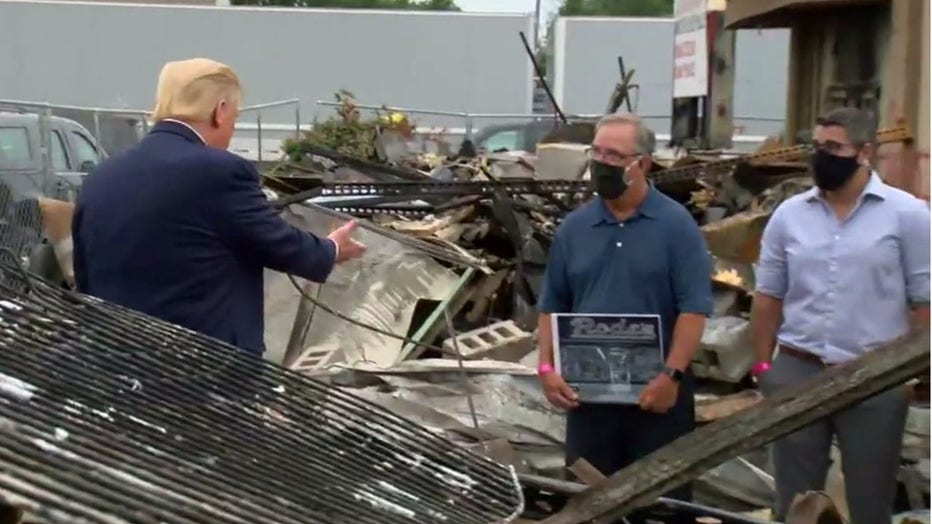 “Thanks to the efforts of federal law enforcement and the National Guard, working closely with our state and local partners, the streets of Kenosha have been restored from violent agitators who have abused their First Amendment rights to frighten citizens and fan the flames of disorder,” said Attorney General Barr in the news release. “As President Trump made abundantly clear today, this lawless behavior will not be allowed to stand and the federal government will provide the necessary resources to help state and local police officers who have worked hard to maintain peace and keep violence at bay. Today’s grant money will help to bolster community-based crime-fighting initiatives and provide much-needed support to victims affected by the recent violence.”

During the Kenosha visit, President Trump and Attorney General Barr toured the city, meeting with local officials and community members "to express their concern for those affected by the unrest," the release said, with the president issuing "a stern warning to lawbreakers, saying that there would be no tolerance for violence and anarchy in this or any other city." 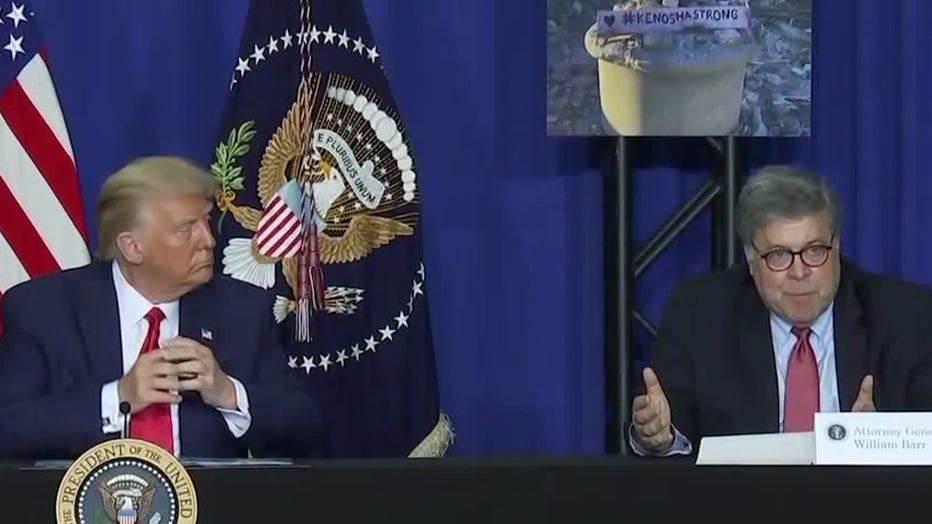 The release noted these grants from the DOJ's Office of Justice Programs and Office of Community Oriented Policing Services "will support proven violence reduction efforts" like Project Safe Neighborhoods, which enables federal, state and local agencies to coordinate enforcement activities in collaboration with community organizations. Grants will also help to hire police officers and prosecutors while allowing them to focus resources on the extraordinary public safety challenges their communities are facing. Funds will also support local organizations that provide services and support to victims affected by the recent violence and unrest.

Kenosha's public works director provided the estimate on what it would cost to replace garbage trucks, street lights and traffic signals, among other things that were destroyed or damaged in the unrest tied to the shooting of Jacob Blake.

DOJ officials previously laid out the timeline of events from that Sunday evening when Blake was shot, saying Kenosha Police Department officers were dispatched to a residence in the 2800 block of 40th Street after a female caller reported that her boyfriend was present and was not supposed to be on the premises.