MILWAUKEE -- The man who parlayed a run on TV's "The Apprentice" into a winning presidential campaign said Tuesday, June 13th the nation needs a stronger system of apprenticeship to match workers with millions of open jobs.

"I love the name apprentice," President Donald Trump declared. He said he wants every high school in America to offer apprenticeship opportunities and hands-on-learning.

Joined in Wisconsin by daughter Ivanka Trump, Education Secretary Betsy DeVos and Labor Secretary Alex Acosta, President Trump described his push to get private companies and universities to pair up and pay the cost of such arrangements.

"It's called earn while you learn," President Trump said of his initiative at Waukesha County Technical College. 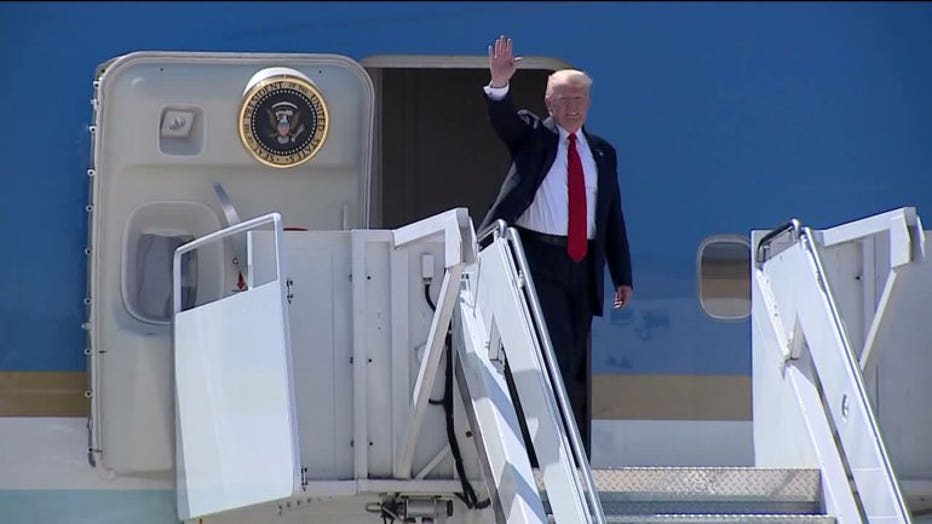 The president toured a classroom full of tool-and-die machines that simulated a factory floor, accompanied by Wisconsin Gov. Scott Walker, as his attorney general, Jeff Sessions, faced questions before the Senate Intelligence Committee on potential President Trump campaign ties to Russia and the firing of FBI Director James Comey.

The White House said President Trump's push is aimed at training workers with specific skills for particular jobs that employers say they can't fill at a time of historically low unemployment. However, the most recent budget for the federal government passed with about $90 million for apprenticeships, and President Trump so far isn't proposing to add more.

The Trump administration has said there's a need that can be met with a change in the American attitude toward vocational education and apprenticeships. A November 2016 report by former President Barack Obama's Commerce Department found that "apprenticeships are not fully understood in the United States, especially" by employers, who tend to use apprentices for a few, hard-to-fill positions" but not as widely as they could.

Participants in some apprentice programs get on-the-job training while going to school, sometimes with companies footing the bill.

IBM, for example, participates in a six-year program called P-TECH. Students in 60 schools across six states begin in high school, when they get a paid internship, earn an associate's degree and get first-in-line consideration for jobs from 250 participating employers.

But at the Wisconsin event, the president also heard more broadly about vocational education.

Ella Johnson told the president that she had graduated from Waukesha West High School last weekend and received a certification in welding two weeks earlier from the technical college as part of a dual enrollment program.

"I plan on welding for a good part of my life, until retirement," she said. 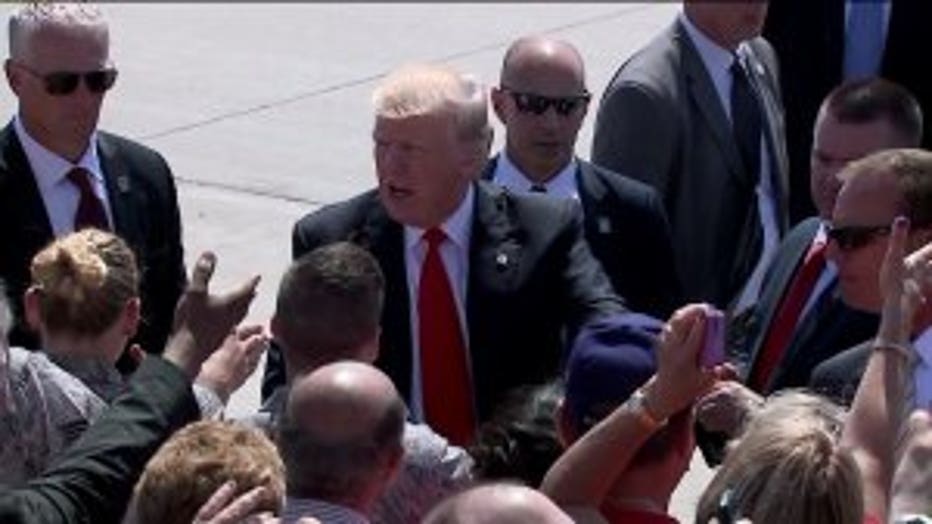 "If you're really interested in promoting apprenticeship, you have to invest in that skills training," said Mike Rosen, president of the Milwaukee chapter of the American Federation of Teachers union.

Apprenticeships are few and far between. Of the 146 million jobs in the United States, about 0.35 percent — or slightly more than a half-million — were filled by active apprentices in 2016. Filling millions more jobs through apprenticeships would require the government to massively ramp up its efforts. "Scaling is the big issue," said Robert Lerman, a fellow at the Urban Institute. 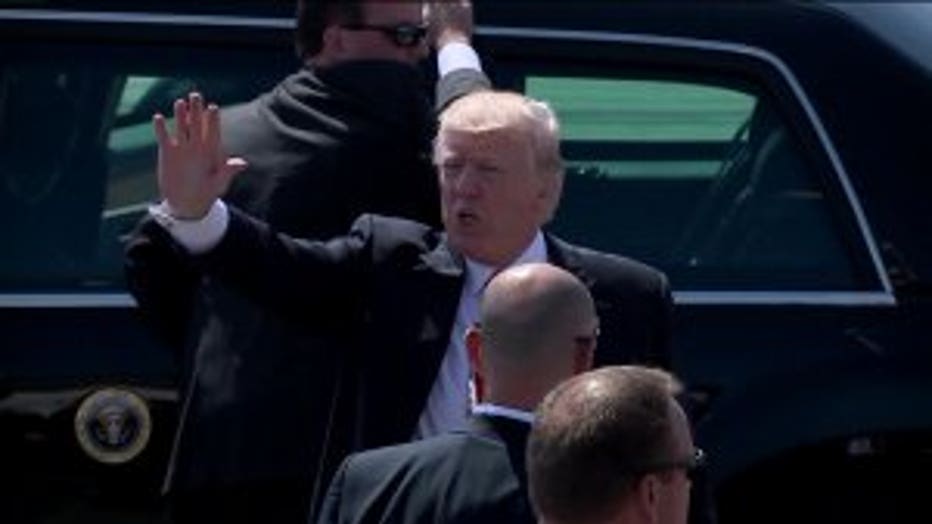 Another complication: Only about half of apprentices finish their multi-year programs, Lerman said. Fewer than 50,000 people — including 11,104 in the military — completed their apprenticeships in 2016, according to Labor Department.

The president was attending a closed fundraiser for Walker later in the day. Wisconsin was a key part of his 2016 election triumph and President Trump became the first Republican to carry the state in a presidential election since 1984.

President Trump also met on an airport tarmac in Milwaukee with four people he described as "victims" of President Barack Obama's health care law. President Trump said the health care law was "one of the greatest catastrophes that our country has signed into law and the victims are innocent hard-working Americans." He singled out Michael and Tammy Kushman of Marinette County, Wisconsin, and Robert and Sarah Stoll of Kenosha, Wisconsin.