President Trump, who tweeted and re-tweeted complaints Friday and Saturday, said he would "monitor the censorship of AMERICAN CITIZENS on social media platforms. " He has previously asserted that social media companies exhibit bias against conservatives, something the companies have rejected as untrue.

The president's comments came after Facebook this week banned Louis Farrakhan, Alex Jones and other extremists, saying they violated its ban on "dangerous individuals." The company also removed right-wing personalities Paul Nehlen, Milo Yiannopoulos, Paul Joseph Watson and Laura Loomer, along with Jones' site, Infowars, which often posts conspiracy theories. The latest bans apply both to Facebook's main service and to Instagram and extend to fan pages and other related accounts.

Facebook's move signaled renewed effort by the social media giant to remove people and groups promoting objectionable material such as hate, racism and anti-Semitism. The company said it has "always banned" people or groups that proclaim a violent or hateful mission or are engaged in acts of hate or violence, regardless of political ideology. 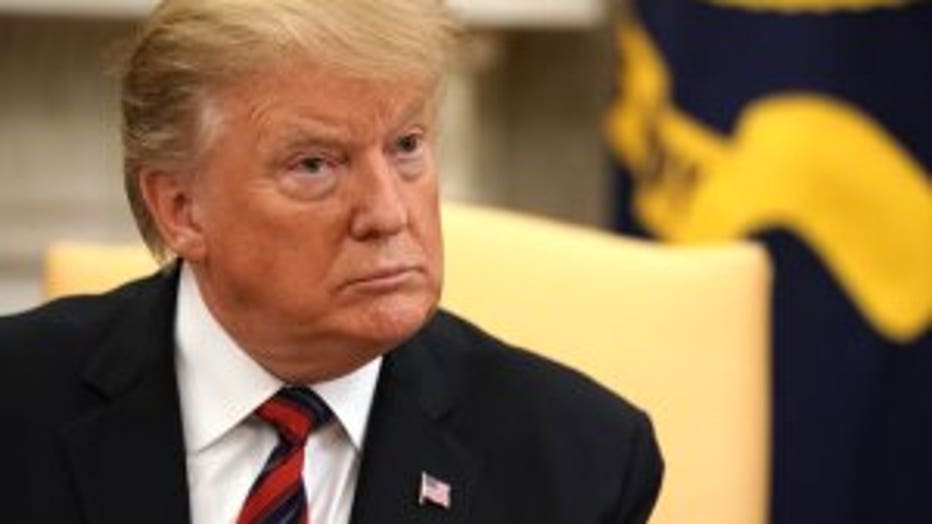 WASHINGTON, DC - MAY 03: U.S. President Donald Trump talks to reporters while hosting Slovak Republic Prime Minister Peter Pellegrini in the Oval Office at the White House May 03, 2019 in Washington, DC. Pellegrini's visit is part of the Trump Admini

On Twitter, President Trump cited a number of individuals he said were being unfairly treated by social media companies, including Watson and actor James Woods. He insisted it was "getting worse and worse for Conservatives on social media!"

President Trump tweeted: "How can it be possible that James Woods (and many others), a strong but responsible Conservative Voice, is banned from Twitter? Social Media & Fake News Media, together with their partner, the Democrat Party, have no idea the problems they are causing for themselves. VERY UNFAIR!"

Rosborough said Twitter enforces its rules "impartially for all users, regardless of their background or political affiliation."

President Trump, who uses Twitter extensively to push his message, recently met with Twitter CEO Jack Dorsey at the White House after attacking the company and complaining that it was not treating him well because he was a Republican. He later described it as a "great meeting."

The president had more than social media on his mind Saturday. President Trump also tweeted that he was holding out hopes for a deal with North Korea on its nuclear program, as well as improved relations with Russia, now that he feels the special counsel investigation is behind him.