The president shook hands with Gov. Walker, but he and Barrett had a "bro hug." He then headed for GE's Waukesha gas engines plant in the city of Waukesha, which produces engines designed and built to perform in oil and gas fields, factories and utilities around the world. 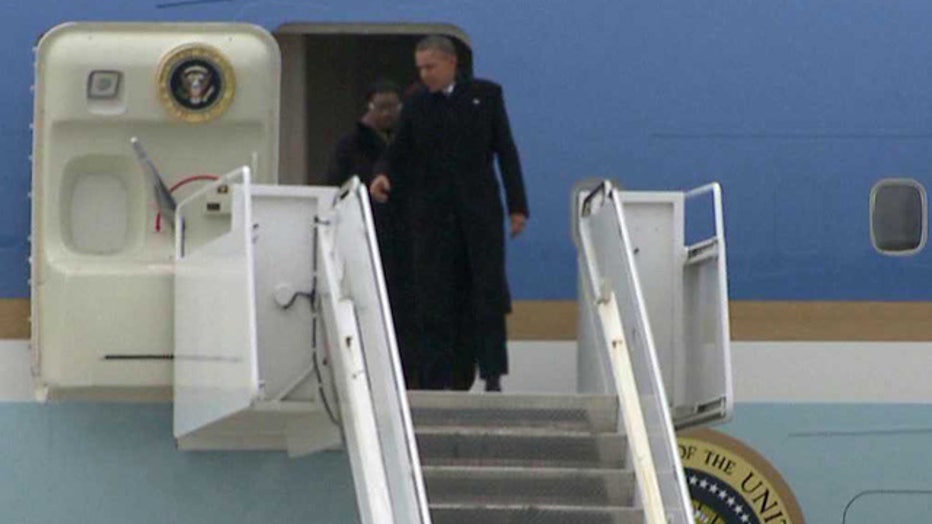