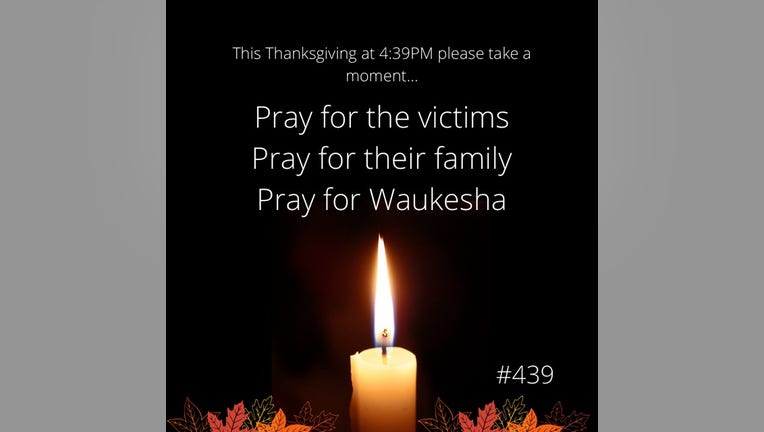 WAUKESHA, Wis. - Bell Ambulance is encouraging everyone on Thanksgiving Day to take a moment at 4:39 p.m. to reflect and pray for those suffering following the Waukesha Christmas parade tragedy.

"Tomorrow, as we reflect on what we are thankful for and the blessings we have, at 4:39PM let us collectively take a moment to reflect and pray for those suffering in the wake of this tragedy. Please share. #prayforwaukesha #439PM," Bell Ambulance wrote on Facebook.

Six people have died and more than 60 were injured after a man drove his SUV into the parade. Darrell Brooks Jr., 39, was charged with five counts of first-degree intentional homicide, a charge that carries a mandatory life sentence if convicted. Additional charges related to the sixth death and the more than 60 people injured will be coming later this week or next.

The president of the Milwaukee Dancing Grannies is home from the hospital after the Waukesha Christmas parade tragedy and grateful for people who prayed with her and comforted her.