VATICAN CITY — Pope Francis has named 17 new cardinals — 13 of them under age 80 and thus eligible to vote in a conclave to elect his successor. Three of the new cardinals are Americans, including moderate Chicago Archbishop Blaise Cupich and Indianapolis Archbishop Joseph Tobin.

As is Francis' tradition, the new cardinals hail from some of the most far-away and peripheral corners of the globe, with Africa, Oceania, Asia and South America getting far more representation than Europe, which has long dominated the College of Cardinals.

Significantly only one Italian elector was named Sunday: Francis' ambassador to "the beloved and martyred Syria."

Francis said the 17 would be elevated at a consistory on Nov. 19, on the eve of the close to his Holy Year of Mercy. 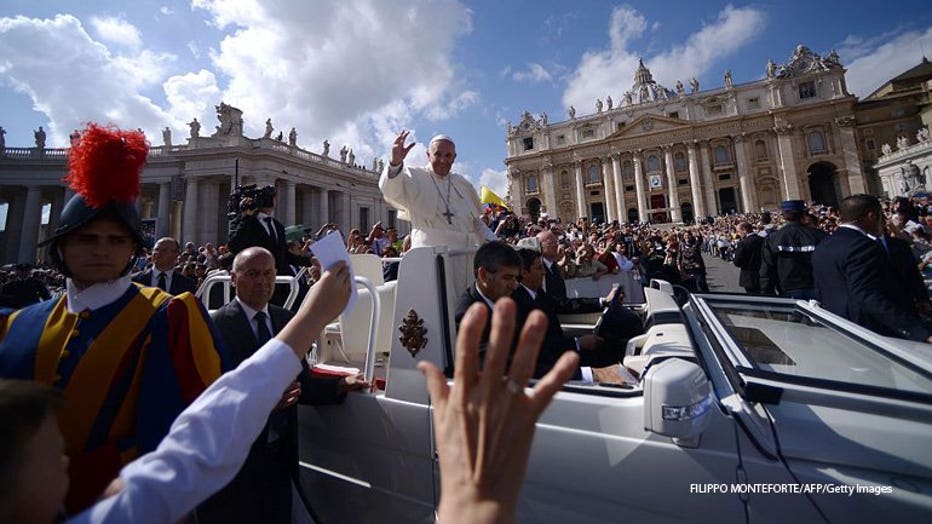 Pope Francis greets the crowd from the popemobil after a mass on October 9, 2016 at St Peter's square in Vatican. / AFP / FILIPPO MONTEFORTE