Polls show Scott Walker no longer #1 among Iowa voters, but he says: “Election is not until next November”

Polls show Scott Walker no longer #1 among Iowa voters, but he says: "Election is not until next November"

“Our state boasts quality agriculture products, from dairy and cheese to our meat products,” Governor Walker said in a statement.  “This is an event I look forward to every year, and it’s a great opportunity to support Wisconsin agriculture as well as Wisconsin youth.  The  auction not only recognizes Wisconsin’s excellent meat products, but also raises money for the Wisconsin 4-H Foundation, which in turn supports our state’s youth by providing funding for conferences, teaching materials, workshops, and youth development programs.” 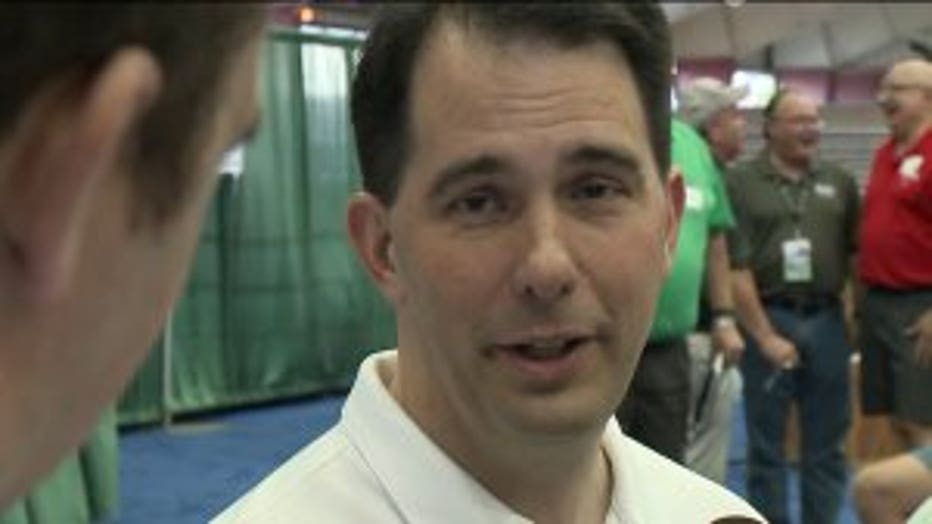 The stop Tuesday evening was Governor Walker's second trip to the 2015 Wisconsin State Fair. But he found himself in a very different position that he was even just a week ago when he stopped at the fair for the opening ceremony.

"We grew up, brought our kids here, and it's good to be back," Governor Walker said.

But what wasn't good for the Walker presidential campaign Tuesday were new poll results. Last week, when Governor Walker opened the 2015 Wisconsin State Fair, he was in first place among Republican presidential candidates in Iowa.

New polls show Walker's performance at the first Republican presidential debate in Cleveland, Ohio may have had a negative impact on his campaign.

A Suffolk University poll now has Trump seven points ahead of Walker in Iowa.

Among voters in New Hampshire, Walker is down 11 points -- now in a tie for seventh place. In March, Walker led the state, according to the Franklin Pierce/Boston Herald poll. 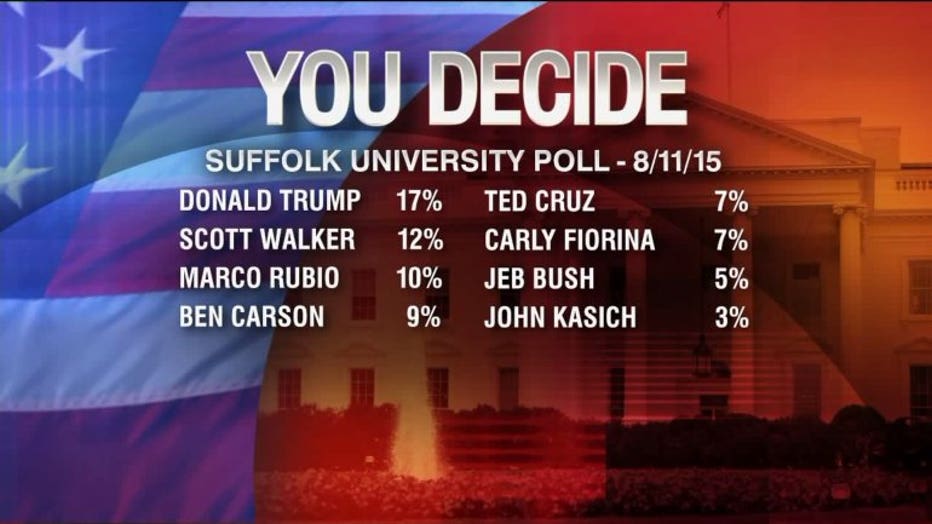 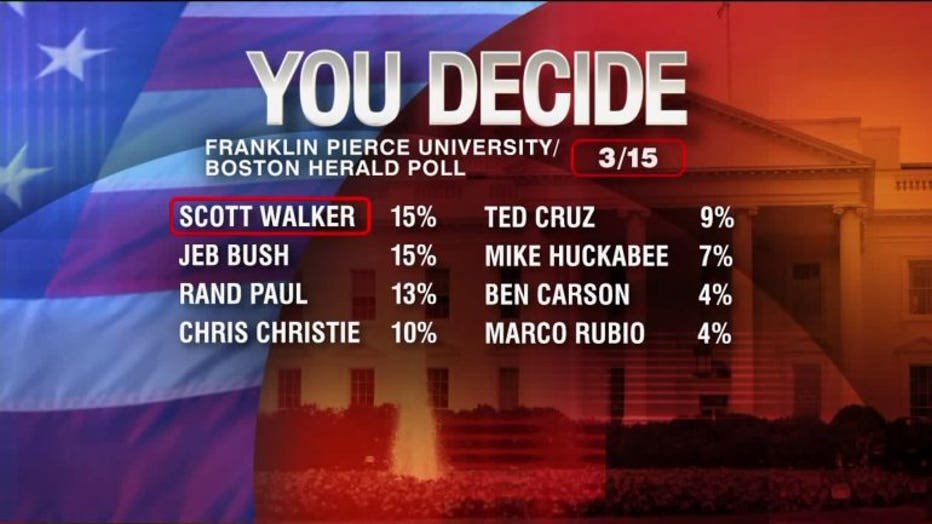 "I think like a race, you're going to see ebbs and flows throughout this race. It's August. The election is not until next November, so lots of things can happen between now and then," Walker said.

Walker seems to be brushing off the latest poll numbers.

"Again -- it's all over the place. You have name identification, you have other factors out there. We are just going to spend time in each of those areas. We would expect it would go up," Walker said.

Walker is promising he'll be hitting key states hard in the coming weeks.

"I used to run track, when I was in high school, and a lot of times guys would go out in front. I would try and be the guy who went out front by the time we got to the finish line," Walker said. 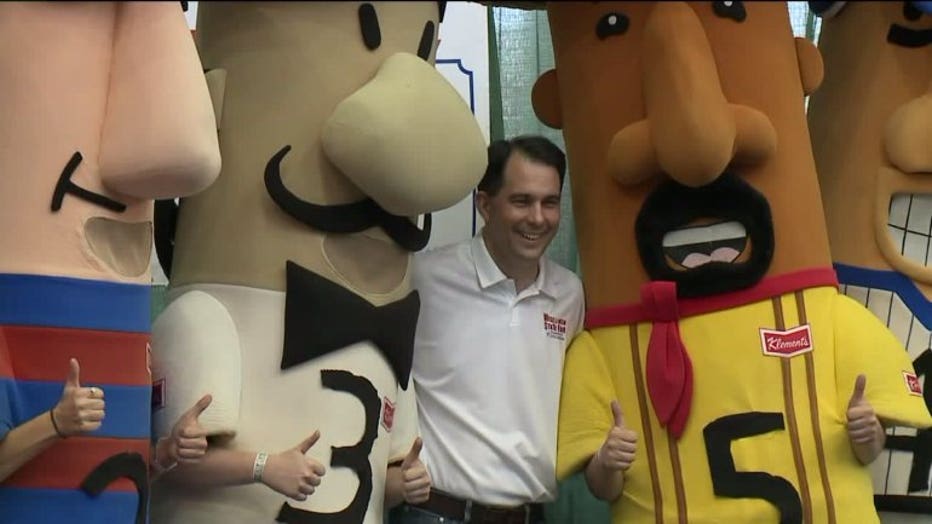 On Wednesday, August 12th, Walker will be back at the Wisconsin State Fair to sign a bill to finance a new Milwaukee Bucks arena in downtown Milwaukee. That bill signing is set for 8:30 a.m.