As the COVID-19 pandemic surges, some municipalities in Wisconsin are faced with the challenge of staffing polling sites for Election Day. While those communities are still seeking poll workers, others are taking a different approach.

CUDAHY, Wis. - Despite a surge in COVID-19 cases across the state, Wisconsinites are stepping up to work the polls. The need for poll workers has almost been met with Election Day now two-and-a-half weeks away, but election officials say the number of people available could ebb and flow between now and then. This, as some smaller towns and cities are struggling to meet the need.

The uncertainty is leaving some municipalities short on election workers, while others are trying to adapt without them.

"Thank you to those Wisconsinites that have stepped up," said Meagan Wolfe with the Wisconsin Elections Commission.

A promising number points to well-staffed polls on Nov. 3. Statewide, a general election requires more than 30,000 poll workers; only about 180 are still needed. 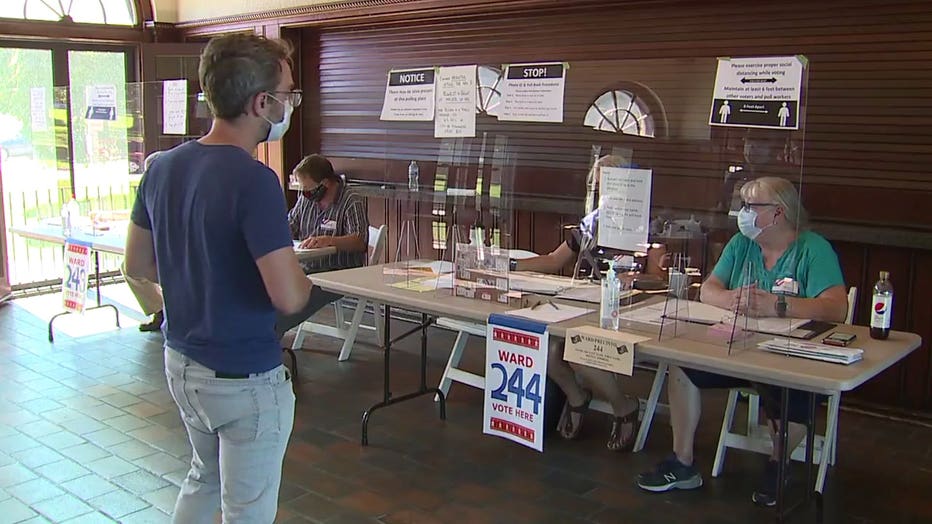 Wolfe, though, said the numbers are expected to fluctuate.

"We still need to remain vigilant," Wolfe said. "It's not enough for clerks to just have enough poll workers, they also need a backup pool of people they can call upon in the event of an emergency."

As of Thursday, Oct. 15, 33 Wisconsin counties and 51 municipalities had a critical need for poll workers -- places Wolfe says may be "difficult" to fill. 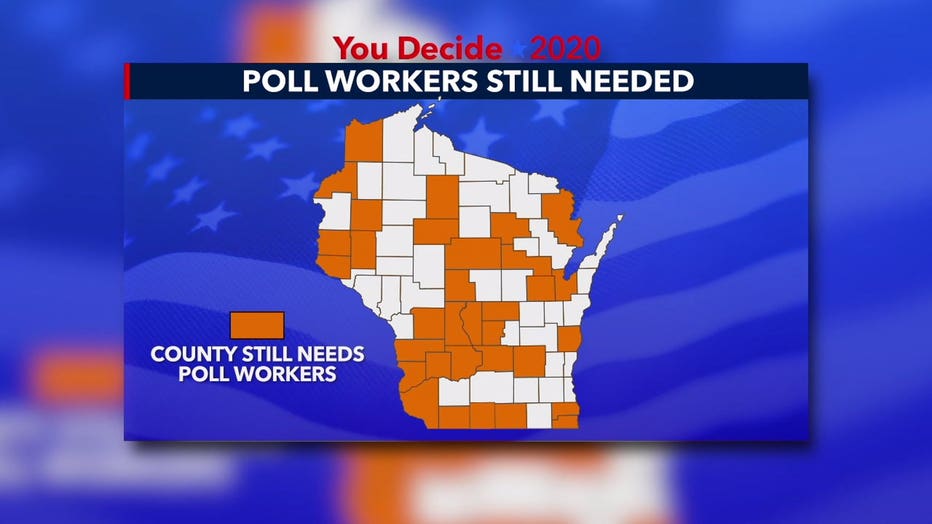 Wisconsin counties in need of poll workers for the 2020 election

Some cities, however, are adapting to the poll worker shortage by consolidating polling locations.

Cudahy Mayor Thomas Pavlic said they typically staff about 80 people across four sites. This time around, only 57 workers are signed up.

"If history repeats itself from the April election, we will see that number drop as it gets closer to the election, because most of our poll workers are seniors," Pavlic said. 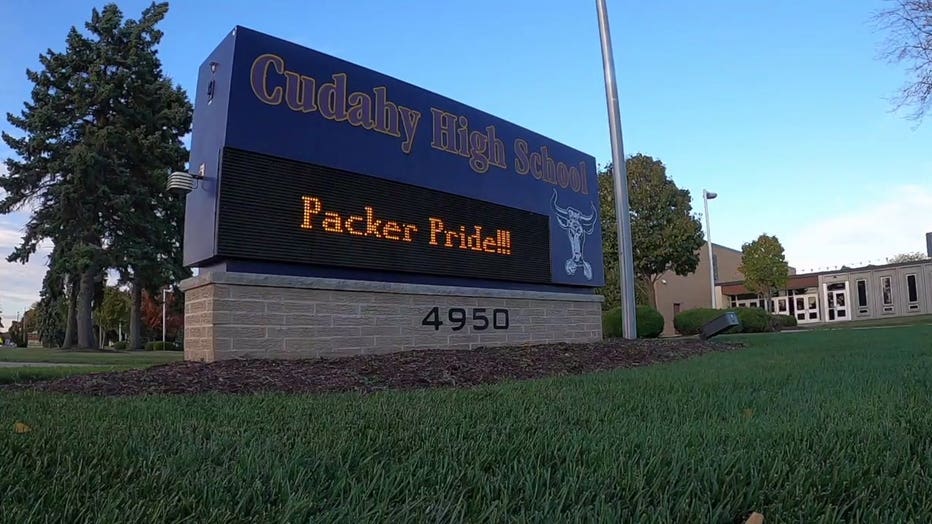 To eliminate the risk of being spread too thin, Cudahy will be moving voting into one larger space -- Cudahy High School.

"In order to make the integrity of the election go properly and have oversight, we needed to collapse into one location," said Pavlic. "It wasn't our first choice, but you know, sometimes the reality is we have to do things we don't always want to do."

Some cities, like Milwaukee, have so many poll workers signed up, the Milwaukee Election Commission is not taking any new applications for this election.

A list of cities that still have a need, along with contact information for the clerk in those areas, is available at myvote.wi.gov.

Gov. Evers, meanwhile, announced that the Wisconsin National Guard will be called upon to work where there is still a need on Election Day.

Absentee ballot mistakes can be corrected to avoid rejection