JANESVILLE -- Janesville police say there is no video evidence to support sexual assault charges against a 59-year-old man in an incident that happened outside the Donald Trump rally on Tuesday, March 29th at the Janesville Conference Center. The incident involved the 59-year-old man and a 15-year-old girl. 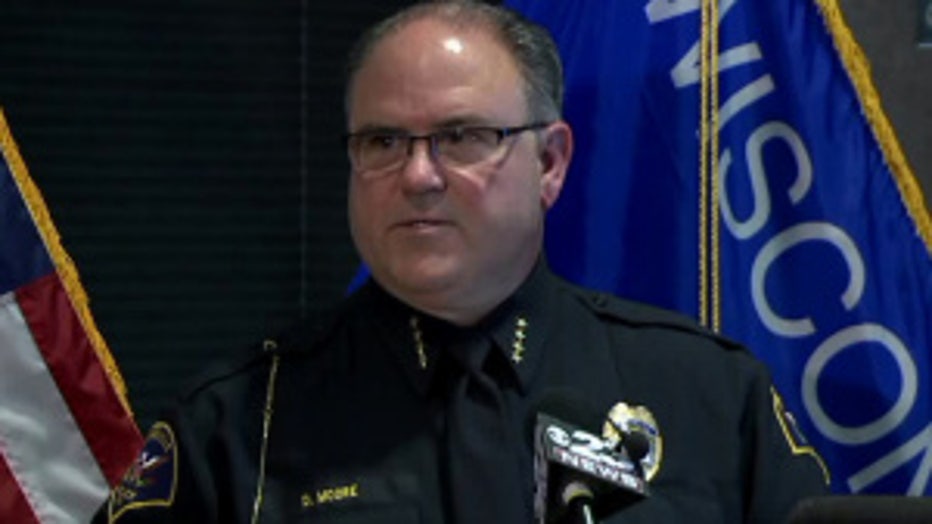 "We were standing up for our rights. Freedom of speech. This old man put his hands on this girl and she was going to go after him. Next thing you know, I get pepper sprayed," Emily Sylvester said.

In a news conference Thursday, March 31st, Janesville Police Chief David Moore spoke about the incident in question -- that happened outside the Trump rally. Early information from the 15-year-old girl indicated she was intentionally touched on the breast by the 59-year-old man. This, after a verbal altercation. She punched the man before someone else sprayed her in the face with pepper spray.

"The 15-year-old girl believed that she was intentionally touched in the breast area," Chief Moore said. 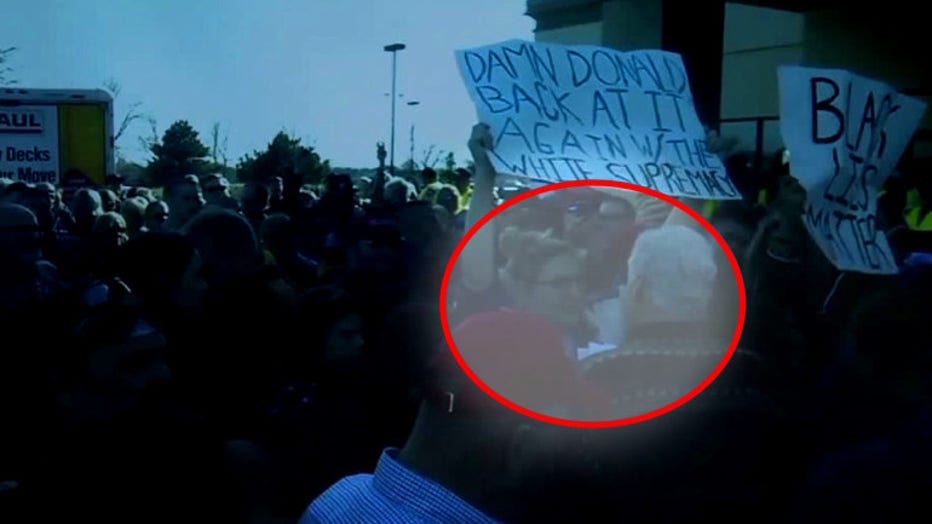 Officials say the 59-year-old man admitted there was a verbal altercation between he and the girl. He indicated he had very animated hand gestures -- and was holding a brochure in one hand. But he claims to have not touched the girl at any time. The video shows the man raising his hands and backing away from the girl during the verbal exchange, before he was punched. The man even self-reported this incident to a police officer at the scene -- and told them he did not want to pursue charges against the girl. 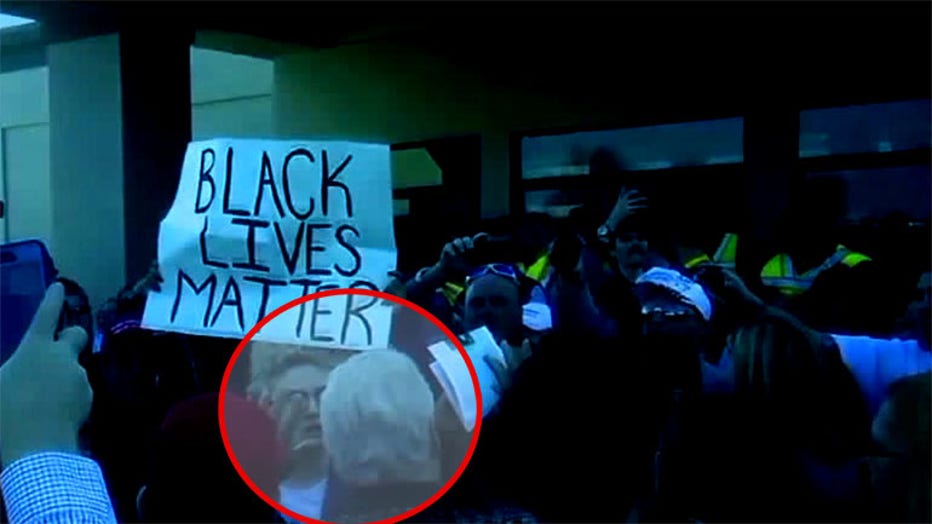 Detectives with the Janesville Police Department reviewed several clips of video shot of the incident. They said the video did not show any evidence of a sexual assault in this case. But it clearly showed the girl punching the man. 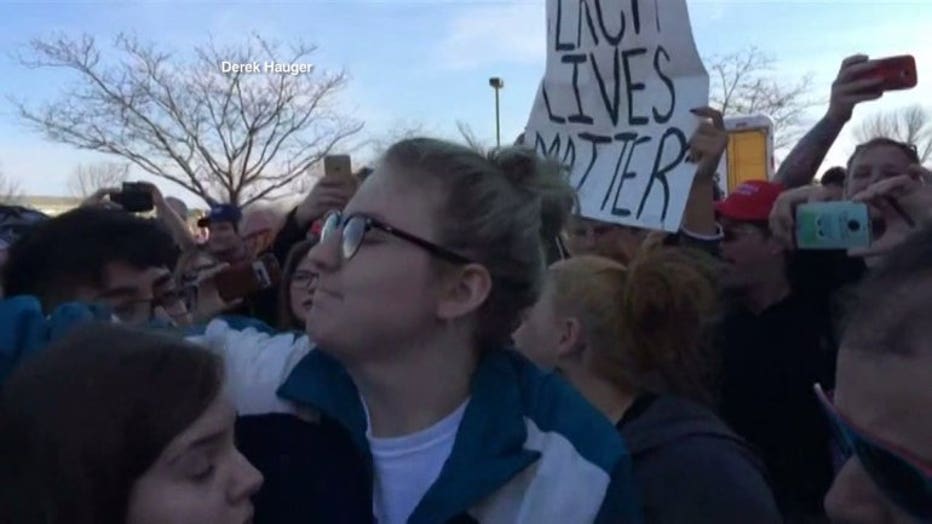 "The video does not support evidence of a sexual assault. It does support that a punch was delivered by the 15-year-old, and it certainly supports that pepper spray was sprayed into the face of the 15-year-old," Chief Moore said. 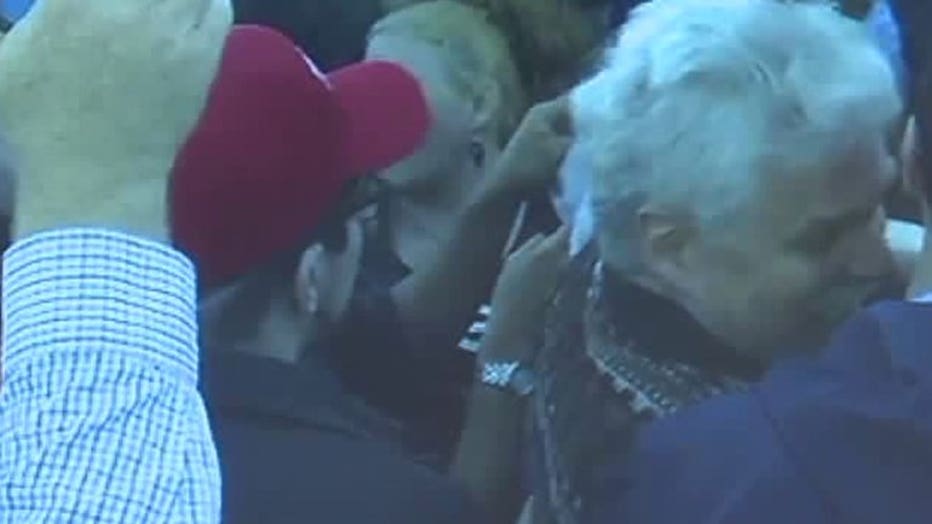 Chief Moore said the punch and use of the pepper spray are considered acts of violence at the rally. The 15-year-old girl has now been referred to juvenile authorities to a disorderly conduct charge. There will be no assault charge -- because the man did not wish to pursue it. 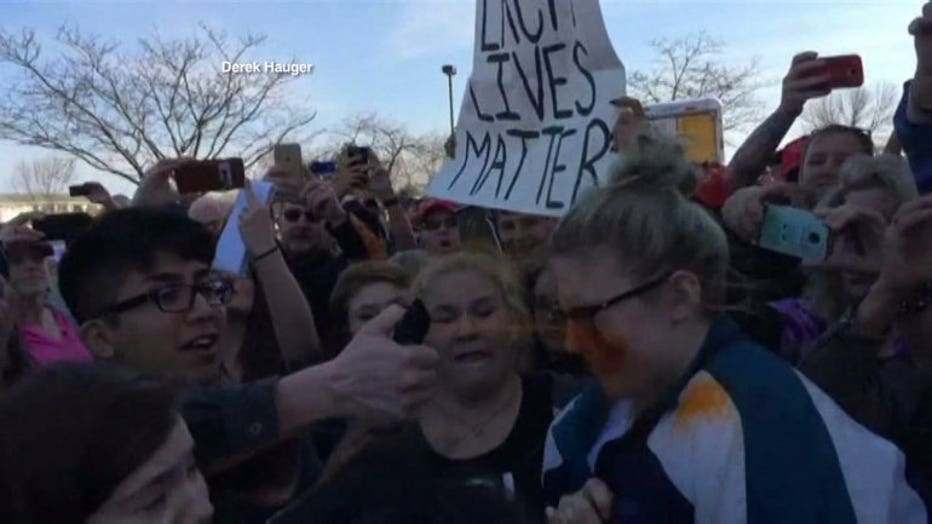 There will be no charges against the 59-year-old man. 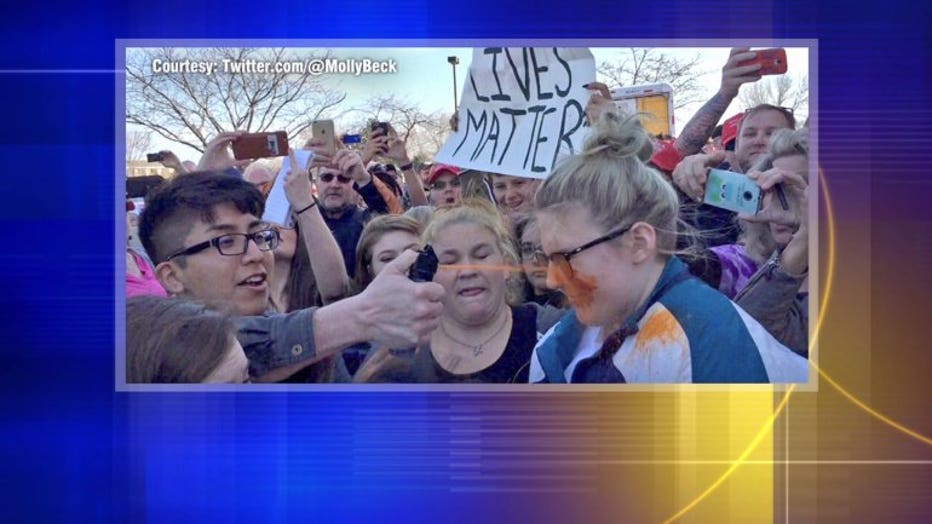 Chief Moore indicated they are still looking for the person who sprayed the pepper spray in this incident.

Police have released photos of the man: 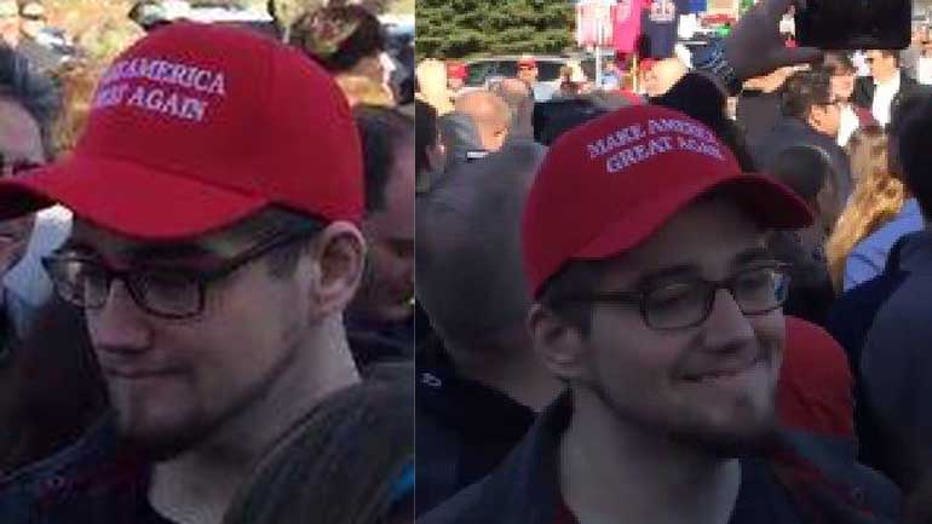 Police also made a point to say there were no other acts of violence -- and no arrests during the rest of the Trump rally. Chief Moore say roughly 2,000 were there to exercise their right to free speech.