MILWAUKEE -- Milwaukee police have a male suspect in custody after a fatal stabbing, stemming from a domestic violence incident that occurred in the 2300 block of S. 19th St. near Lincoln Avenue around 5:30 a.m. Wednesday, April 11th.

Police officials said the stabbing resulted in the death of 34-year-old Elidio Jimenez. A 34-year-old woman suffered severe injuries. The female victim was taken to a local hospital, and had to undergo surgery.

Police will only say the incident was a domestic violence situation, and will not elaborate on the circumstances surrounding the incident, saying their investigation is ongoing.

Milwaukee police are searching for a second suspect.

Vanessa Contreras lives two doors down from the home where the stabbing occurred. Contreras told FOX6 News the victim had children - a girl she thought to be about 12, and an infant. There was also a male living in the home that Contreras presumed to be the woman's son. Contreras said the family had not lived there long.

Contreras said she found out something had happened in the victims' home when police gave her family a wake up call Wednesday morning. "It started around 5, and I woke up at 6 and they were already in my house asking questions," Contreras said.

Contreras hadn't seen or heard anything, and neither had neighbor Jonathan Marciulionis. Marciulionis recently moved to the neighborhood. "It's been quiet, really. Nothing really happened too much. This is like, the first big thing that's happened since I've been over here," Marciulionis said.

Contreras called the whole incident "scary" and said she's getting the same sentiments from other neighbors. "Texting me, like, 'it's really crazy how that could happen in our neighborhood' because doesn't anything happen. We never see anything like that," Contreras said.

A relative of the female victim who had surgery told FOX6 News the woman's injuries did not appear to be life-threatening. Her condition is not known at this time.

Police say their investigation is ongoing and they continue to search for a second suspect. 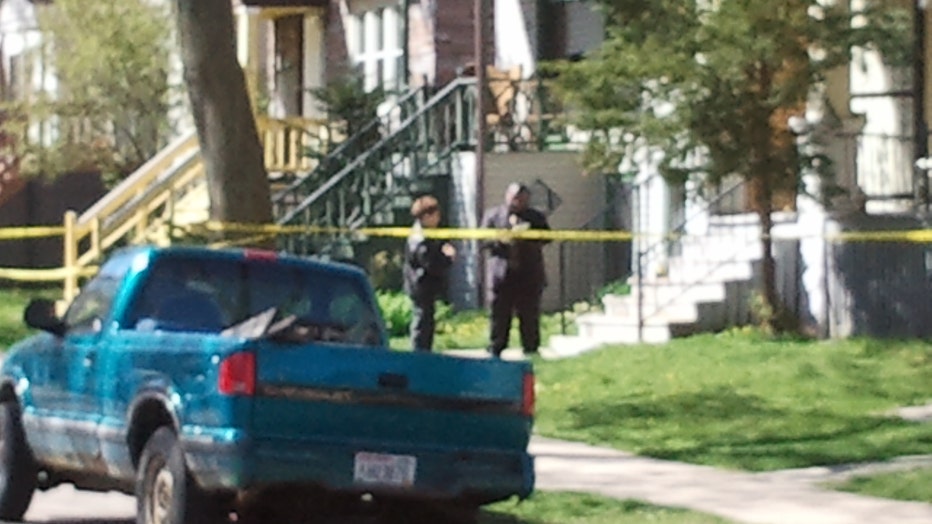