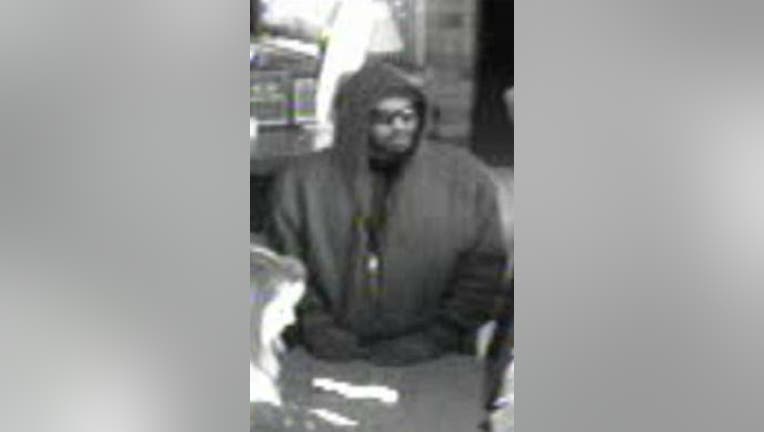 RACINE (WITI) -- Officials in Racine are investigating a robbery that occurred at the North Shore Bank on Thursday afternoon, December 26th.

The suspect had freckles and a scruffy goatee.

He was wearing a black hoodie, black track pants with a white stripe, a black knit hat and sunglasses.

Police say the suspect approached a teller and demanded money. After receiving the money, the suspect fled and was last seen running southbound on N. Main Street.

Racine Police investigators are interested in any additional information that you may have about this incident.

You are urged to call the Racine Police Department Investigations Unit at 262-635-
7756.