MILWAUKEE -- Police are asking for the public's help identifying a man accused of robbing two different stores in a matter of seven minutes on Sunday, July 5. 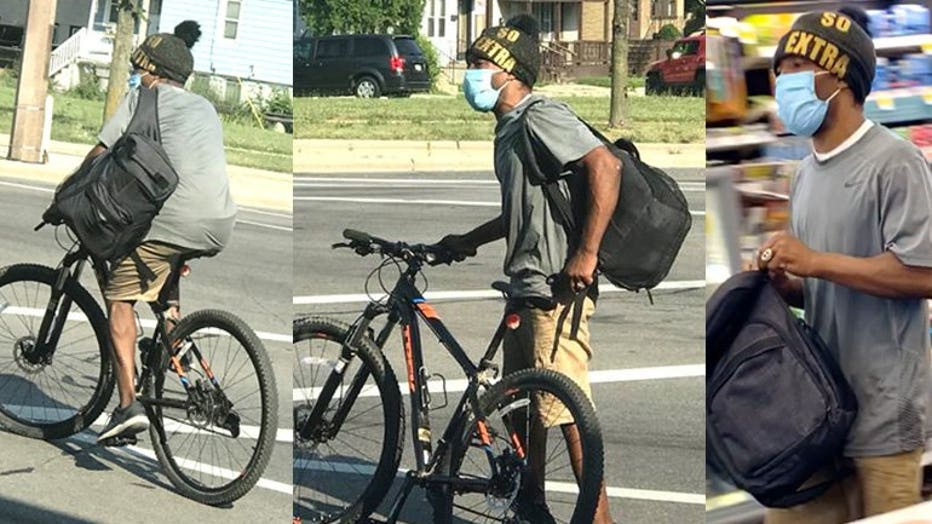 Police say the incidents occurred at approximately 8:33 AM and 8:40 AM when the suspect entered O'Reilly Auto Parts first, then went to Walgreens, both located near W. Forest Home Avenue and W. Burnham Street.

The suspect entered Oreilly's, armed with a knife, and stole numerous tools, according to police. The suspect also made threats to harm the employees.

Minutes later, the same suspect entered Walgreens, made threats to the employees, and stole various packs of cigarettes and laundry detergent.

The suspect fled on a black Trek mountain bike with orange lettering.

The suspect is described as a Black male in his 30s, between 5'7" - 5'10" with a thin build, wearing a black knit winter hat that read "SO EXTRA" in gold lettering, light blue surgical mask, gray Nike t-shirt, tan khakis, dark blue or black running shoes, black backpack while armed with a pocket knife.

Anyone with any information regarding this incident can contact the Milwaukee Police Department at 414-935-7360, or call Milwaukee Crime Stoppers at 414-224-TIPS.